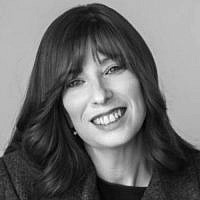 It is only a little more than 24 hours before the start of Tisha B’Av – the day that the Jewish nation fasts and publicly mourns the destruction of the first and second Temples.  More than that, on Tisha B’Av we mourn the fact that we are in such a state that we have not yet merited another Temple and the Messianic era which will result in the redemption of the world.

For 6 days now, except for Shabbat, we have refrained from eating meat, drinking wine and participating in other pleasurable activities, to help us really get in touch with the reality that we live in.

Over the last few months the conflict between the Women of the Wall, fighting for the right to be able to worship how they want at the Kotel and the Women for the Wall, fighting to preserve the Holiness of the site has evolved from a conflict to an all out war that has exploded in the media.  This “she says” – “she says” situation has resulted in not only a desecration of the most holy site on earth, but an embarrassment of the Jewish people as a whole and a chillul Hashem (desecration of G-d’s name).  This week things have just continued to escalate – can we not even try to have a small amount of love for each other during the 9 days?  Apparently not.

Now today, an article is published about a lead Rabbi from the “Council of Torah Sages” who apparently said that Jews who wear knitted kippas are Amalek (an enemy of the Jewish people), not Jews, and should be wiped off the face of the earth.  Seriously?  During the 9 days, Rabbi Cohen?  Are you suffering from protein deprivation?