Reading this is critical LOL

If someone tells you that you are overly critical, you disagreeing doesn’t necessarily disprove the point.

Being constantly overly critical, even when nothing asks for a judgment, is, like all rigidities in the human mind, a survival pattern, a habit that once was an attempt to save lives but, through its present rigidity can now even endanger us. It has outlived — pardon the pun — its usefulness.

I have learned to not ignore my overly critical sense so that it won’t influence me out-of-sight and not burst out, one day, when it would be most inconvenient. And neither to believe my paralyzing overly critical sense. But rather, to look at it all, slightly amused and say: O, I remember that song, those refrains, words, thoughts, from a bygone time. That’s the best approach I found: to not ignore it, not believe it, but to laugh it off.

Instead of giving energy to being overly critical continually, we can say all the time: “It’s not critical,” with a wave of dismissal.

Maybe some of the below quotes can help you laugh it off too. Half of them without a link are from my friends and have no trace on the Internet.

In Europe, Jewish parents taught their children not to make the slightest mistake ever because one tiny slip could upset a Gentile and endanger the whole community.

Israelis spend 3 hours a day criticizing everyone around them and 6 hours daily defending themselves. It’s useful to try to minimize errors but when you criticize people, most will have a harder time thinking and make more mistakes as a result. Instead, Israelis may tell every person they meet one thing they like about themselves and one thing they like about the other.

While a sin can be called a mistake [Reb Shlomo], making mistakes is not sinning. There is no Biblical or Rabbinic Injunction of Thou shan’t err.

Wie man sich legt, legt man sich falsch – No matter on which side you lie down, it’s the wrong side. [This is meant as a complaint that no matter what and how you do it, you always get criticized.]

Give someone a red and a blue sweater. As soon as they put on the blue one, say with a distraught voice: You didn’t like the other one, did you?

How important is it if you are right and the other is wrong? What are you going to do with all the times you are right? Where store them?

Overly critical people are insufferable but as editors are invaluable.

You will never experience the writers’ block again if you separate the creative phase and the corrective phase.

While you write, you brainstorm and every thought is worthy of being noted down. Don’t ‘judge’ a thought as minor, a distraction, unhelpful. Write it down!

But after you moved to editing mode, be fierce and unforgiving about every letter. And in that phase, do ask friends to chip in. Things can improve much when you welcome the critical eye and take it seriously. (Even if you could say that they misread what you wrote, that hints at a possibility to improve that part, so this misreading won’t happen again.)

Perfectionism is an addiction that handicaps you. It lets you over-focus on certain parts of your life, leaving other parts a mess. While you fret about a word, you may miss the deadline for submission. Stop polishing the polish.

Unless you are G^d, stop trying to be perfect. Perfectionists are unloved.

Where two are quarreling, both are right (from their own viewpoint). How can they both be right? They can’t. You’re right, too.

Funny as it may sound, but maybe your spouse is right.

It often may look so simple for others to take our advice. But look at how complicated it’s for us to understand and integrate a thought of someone else, even when it’s evidently superior and easy to apply, at least for them.

Sometimes, all we need to do to save a relationship is to stop all criticism.

The defense that you are so nice to not voice all your criticisms is hardly a sign of caring or being appreciative. Try “Thank you” instead.

Personal preferences communicate better than abstract norms. It is easier for most people to heed a request to not do something because it would pain me than to refrain from doing so since ‘everyone’ knows it’s wrong.

Only overly critical people may be intrigued by a test to specify in great detail every way in which they agree, without voicing any disagreement.

Don’t have them as your surgeon or accountant but try to learn from sloppy people how they do it and what advantages that has.

Giving up being constantly critical can be as hard and useful as giving up any addiction. As long as you’re not a neurosurgeon during an operation, do you really need to be so merciless, unforgiving of yourself and others?

Don’t worry — when you stop criticizing yourself, others will do it for you. But their relatively petty amateurish attempts will never hurt you.

Don’t be so hard criticizing yourself for having been so critical, if you’re serious about quitting the habit.

When it’s hard to remember all the Don’t be critical, Don’t be angry, Don’t be arrogant, Don’t be jealous, Don’t be ungrateful, Don’t be disrespectful, and Don’t be worried, try the general antidote: be deeply happy.

If you’d say that the above isn’t particularly funny, I’ll tell you: you’re right. 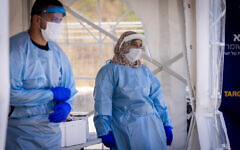 HMO: Those who inoculated early twice as likely to catch COVID as later adopters
Nathan Jeffay 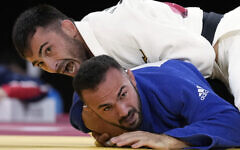 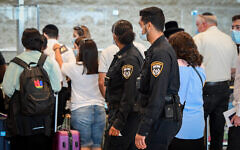 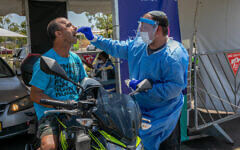 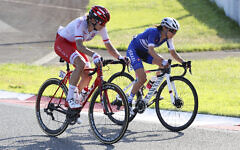 Israeli cyclist who just missed out on Olympic medal: ‘I went with my gut’
Amy Spiro