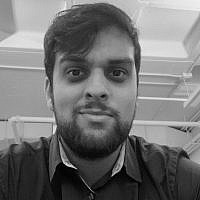 The Blogs
Neil Dasgupta
Apply for a Blog
Please note that the posts on The Blogs are contributed by third parties. The opinions, facts and any media content in them are presented solely by the authors, and neither The Times of Israel nor its partners assume any responsibility for them. Please contact us in case of abuse. In case of abuse,
Report this post.

It’s time to call it out. There is a particular style of activism within the Jewish and Israel community that is bothering me. I currently find Hen Mazzig and others in his sphere to be exemplary of it. Let’s bring attention to the particular style of Jewish/Zionist activism that’s harmful to the community. I want to highlights the shortcomings with Hen Mazzig, a popular Zionist activist.

For example, Mazzig claims on his instagram page, that all Jews, regardless of whether they’re Ashkenazi or Mizrahi or Sephardi are indigenous to the land of Israel. It would be out of place then for Mazzig to say this of the Yeshuv community in Israel: “There’s a deep irony to settlers bringing up their indigeneity to the land; the vast majority of settlers I have ever encountered… are of exclusively Ashkenazi descent, often having immigrated from North America.” Why is it ironic Hen? Perhaps it would be more palatable to progressive zionists like Hen if they were all “jews of color” instead. Another point is that if Hen really wants to play the game of “colorism” and race theory then he should line up to apologize for his own privilege, because although his background is mizrahi, Hen easily passes as an ashkenazi “white jew”. This is the problem of inviting in the toxic culture of contemporary western race politics, it baselessly divides us.

It was a single post from Mazzig’s instagram page which piqued my curiosity. “Uplift Jews of Color” (basically referring to all non-ashkenazi jews) repeated 8 times in various goofy fonts. It is of course a positive message, but it is also a borrowed equation from western progressive activism. Replace “Jews” with “people” and his messaging is rather inseparable from leftist rhetoric that often has Israel targeted in its sights. To be clear, I am in full support of Mizrahi, Sephardi, North African, Ethiopian and any other Jews Mazzig would hold under the umbrella term “Jews of Color”. What I reject is the divisive dynamic that Hen (I think unknowingly) invites with it. Today in Israel, our first and foremost identification is that of Israeli/Jew. Our former geographical ancestries are secondary, though this doesn’t diminish our pride in them. Separating ourselves into colors actually prevents further integration. We see each other as a family. The man waiting beside me for the bus in Israel is my “achi אחי”, my brother, and his “color” isn’t even a factor in my decision to know him so. It is also of course exclusionary of converts to Judaism who are shaping our culture and society in very positive ways. 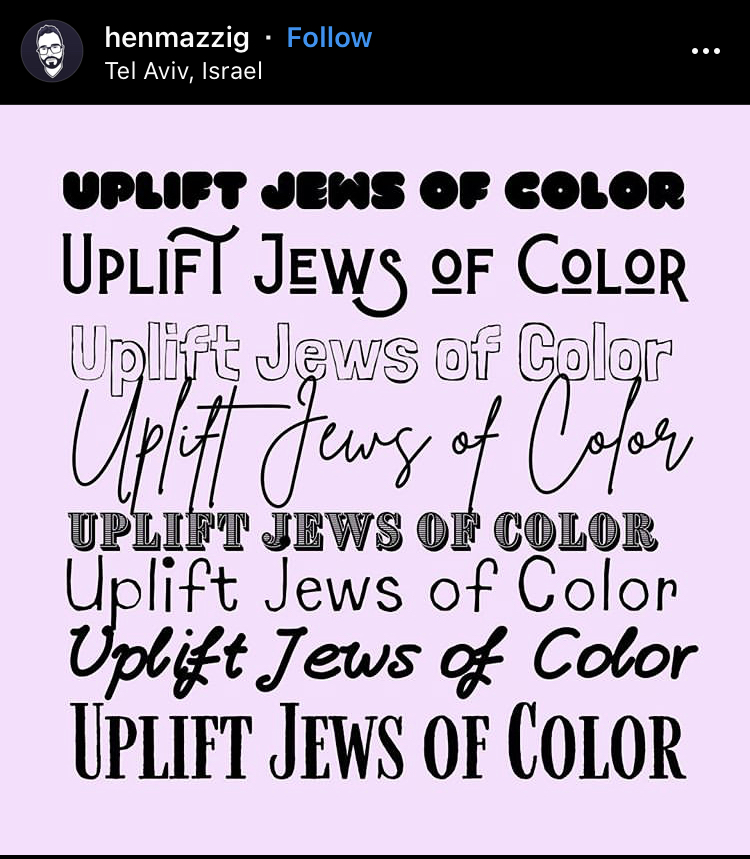 I understand the context from which Hen is speaking of. The arrival of Mizrahi Jews to Israel was far from a pleasant or even neutral process. Many were discriminated against as being “barbaric”. They were thrown into terrible living conditions and admonished for their religious devotion (much of this came from the secular Ashkenazi establishment that comprised the first Aliyah to Israel). Today though, they are the celebration of Israeli and Jewish society. Mizrahi music, food, style and even their pronunciation of Hebrew have won the culture over in Israel. The Rabbinate (which I know has a long list of criticism) considers a chief ashkenazi and chief sephardi rabbi in their rulings. Israel’s history is that of miraculous integration.

Let’s also not admonish contemporary Ashkenazi jewry for the past crimes of some. If Hen and his fellow activists like @yasmine.dreamz on instagram want to call out “ashki-privilege” (a detestable term), they should at least be holistic and highlight the major contributions of Ashkenazi Jewry. Religious Ashkenazim built and maintained the yeshiva system which preserved our ancient tradition of learning from the Talmud and Torah. Former Soviet Union Jews persevered through their oppression and became symbols to everyone of proper organization and activism (see Natan Sharansky). Ashkenazi Jewry faced much more intense persecution in Europe and still came out in strength to help rebuild the Jewish people and Israel.

Ultimately, my point is not to defame Hen. I agree with him on many issues. He served in the IDF and is devoting his time to defending Israel and Jews. However, in our attempt to continue rebuilding our collective Jewish identity we must reject the insertion of divisive foreign political theories into our inter-community discussions.

About the Author
Just a guy with opinions.
Related Topics
Related Posts
Comments