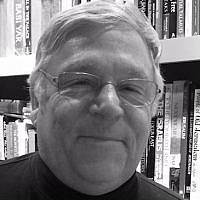 “Thus said Hashem: What wrong did your forefathers find in Me, that they distanced themselves from Me and pursued futility? … I brought you into a fruitful land…but you…rebelled against Me. … Be astounded, O heavens, over this. … be greatly devastated – the word of Hashem. For My people…have forsaken Me… (Jeremiah 2:5-13)

In Leviticus (26:42) it is written, “I will remember My covenant with Jacob and also My covenant with Isaac, and also My covenant with Abraham will I remember, and I will remember the Land.” Our Torah is our past, present and future. Over 3,300 years ago a relative of ours stood at Sinai and entered into an eternal covenant. Yet what has often perplexed scholars, philosophers and many a theologian is the absence of any rational reason why we Jews are still around. Even more irrational is that Jews are back in the Land promised in a covenant 4,000 years ago. From crusades to inquisitions, from pogroms to Shoah, we remained a stiff-necked and defiant people … while many once-great civilizations have vanished into footnotes in world history books. The Land that lay desolate for 2,000 years has now again become a Land flowing with milk and honey, high tech companies … and Torah.

In his book Inside Asia, written in 1939, historian John Gunther wrote, “The concrete achievements of Zionism have been considerable. …To many it was enthralling. I have watched the immigrants come in at Jaffa…from the ghettos of Lemberg and Czernowitz and Prague …wretchedly dressed and miserably poor, huddled in cantonments where brisk British officers shuffled and distributed them; they looked like refugees from slums. But a few years later I saw these same people tilling the soil, carving livelihoods out of the dusty rock of the Jordan hills…—upright, alert, self-sufficient, with pride in their work, and pride in themselves. … The transformation was all but unbelievable.” They had transformed the land, but the reality was the land had transformed them. (Inside Asia, pp. 548-549)

And it was the poet Percy Bysshe Shelley who once wrote:

... Half sunk [in the desert sand] a shattered [sculpted] visage lies…And on the pedestal these words appear: “My name is Ozymandias, King of Kings: Look on my works, ye mighty, and despair!” Nothing beside remains round the decay of that colossal wreck. Boundless and bare, the lone and level sands stretch far away.”

We Jews, as no other people, live our lives looking back into our future. I often wonder what the response would be if three men of history were to come back to see the world as it is today. Imagine if the Greek philosopher Aristotle returned to the Athens of today — 2,500 years after the glory of Greece. There is today a different language, a different culture, a different religion. In short, there is not much in common between ancient and modern Greece. If he asked, “How many countries have we conquered? How great and feared is our army? Have they followed in the tradition of Alexander of Macedonia?” he would be saddened to hear that today’s Greece is nothing more than a debt-ridden, bankrupt tourist attraction, and Socrates would be peddling postcards to tourists on the Acropolis.

And imagine Julius Caesar in the Rome of today, asking the same questions. Latin is a dead language; and if he brought along Pontius Pilate, wouldn’t he be surprised by the religious preference of today’s Romans! Some insignificant little Jew whom Pontius Pilate chose to crucify in a far-off place called Jerusalem is now the deified master of the once glorious Roman world. The Roman gods are merely chapters in mythology books, and Caesar is just a salad!

Now imagine if Moshe Rabbeinu came down from the heavens to finally set foot in Israel today. What might he see and ask? The language and the religion are much the same. The Jewish people, argumentative as ever, would still be questioning their leaders; and passionate political arguments would still be fought throughout the Land 24/6. He would revel in the amazing tale of how his descendants remembered the words na’aseh v’nishma as they crossed the Jordan River, coming back to the Land; how his people defeated five Arab armies in 1948 including his historic enemy, the Egyptians; and how his people would be victorious again in 1956 and again in 1967 and again in 1973 — long after Shelach Lecha, the days of the spies’ evil reports. Yet with a twinkle in his eye he would fondly recall his deep love for his people in the wilderness and his eternal love for his G-d. He would take pride in what his people had accomplished in just 67 years, and he would look up to the heavens, smile, and thank G-d for His faith in our people. And he might even think back to the last words that G-d spoke to him on Mt. Nebo, east of the Jordan River:

This is the land which I swore to Abraham, to Isaac, and to Jacob, saying, “I will give it to your offspring.” I have let you see it with your own eyes, but you shall not cross over to there. (Deut. 34:4)

And so G-d kept the promise made long ago in His instruction to Moses:

Speak to the children of Israel and say to them, … You shall possess the Land and you shall settle in it, for to you have I given the Land to possess it. … But if you do not drive out the inhabitants of the Land before you, those of them whom you leave shall be pins in your eyes and thorns in your sides, and they will harass you upon the Land in which you dwell. (Numbers 33:51-55)

Not for today’s politically correct, perhaps. But these were the words of G-d — not Meir Kahane zt”l. Too often in our journeys, our people have tended to forget our Book and our history, and have been condemned to repeat our past. Moses will hear how our people sought comfort in one diaspora after another, substituting illusions for reality, while the Land waited patiently for his people’s return, rejecting all others.

Our history of victimhood may have begun with the Egyptians, but the Romans, Greeks, Persians and Christians followed with inquisitions and ghettos; Muslims with dhimmitude; Russians with pogroms; and Germans with the Shoah. But Moses would smile, remembering his stiff-necked people. In this joyous season of reflection, I recall the words of Arab-Israeli Anton Shamas:

Ladies and gentlemen, the time has come, on this festive day, to admit with complete candor, without shame or downcast eyes, that the whole business has turned out badly. The Zionist adventure has been a total failure.

To which a secular Israeli journalist, “Tommy” Lapid, replied in the Israeli newspaper Ma’ariv:

It’s a good thing Shamas came out and said it. Because an article like this, by an authoritative Arab intellectual, is a fine opportunity to express a few truths one hesitates to voice without a suitable pretext.

Shamas, my friend: Zionism is the greatest success story of the 20th century. [Sixty] years after the defeat of Hitler and the mufti of Jerusalem, Zionism is thriving in the heart of the Middle East, in a state of [six] million Jews – Jews whose survival was, for a moment, in doubt. The Hebrew language (one of Zionism’s wonders) has bonded sabras and refugees from the camps, Sephardim and Oriental Jews. Within half a century, the Zionists, starting with almost nothing, have forged a state which launches its own space satellites and provides the US Navy with pilotless drones. It exports sophisticated computer programs and teaches Latin Americans how to grow melons.

Every month this state exports goods worth a billion dollars and more to Western Europe, the US and even Japan; it has an exemplary democracy. … This state has produced an army deemed one of the world’s best; there is little violent crime [except for the occasional shedding of Jewish blood committed by your frustrated brethren].. People of all religions enjoy freedom of worship, and non-believers are welcome too. Ten percent of the country’s citizens are new immigrants; and 89 percent think that, despite all the hardships … it’s a good place to live in. …

Dear Shamas, [you] might be able to forgive us for all this. But what [you] cannot bear is the fact that, held up in the light of Zionism’s achievements, the Arabs’ failure appears so humiliating and depressing. How many Palestinians are there, my friend? One million – two, three? And how many Arab states are there around you? Twenty-two? Twenty-two countries of kings and dictators, of terror and bloodshed. There isn’t a single Arab democracy, one with freedom of expression and [human] rights. You talk about the failure of the State of Israel. Compared to what? Syria? Libya? Iraq?

How many Arabs live between the Atlantic Ocean and the Persian Gulf? A hundred million? Two hundred million? And how many Moslems are there? A billion? All of them pray to the same Allah, in the name of the same prophet, Mohammed. And all of them together can’t solve Gaza’s sewage problem. For [22] years you’ve been preparing for Palestinian independence, and yet you’re still not collecting the garbage in Jericho. With all the oil in the world, you can’t muster the Arab brotherhood needed to build a hospital in Deir el-Balah or provide clean drinking water for Jabalya.

When all’s said and done, my friend, you know very well that if almost a million Jews lived in Gaza, surrounded by 22 Jewish states, Jewish Gaza would be paradise on earth. Palestinian laborers would be lining up at the Erez Junction facing the other way to get work in Gaza. …You know all this, Anton Shamas, and that’s what’s eating you. Envy has led you into irrationality. Thus the time has come, with complete candor, without shame or downcast eyes, to conclude: It hasn’t worked out, this whole business: The [mythological] Palestinian adventure has been a total failure.

Moses, your people have done amazing things and they couldn’t have done it without you. Zachor means more than just remember. It is also a call to act, commanded in Torah 176 times. May we find hazak v’ematz –strength and courage –to honor our covenant with G-d in our Land, Eretz Yisrael, because the truth is, from Zion comes the Torah … and the word of G-d from Jerusalem. Moses, Am Yisrael Chai!

About the Author
Educated as an architect with a Masters in Architectural History, Jack Yehoshua Berger became a practicing architect and real estate developer. In his late 30's he met a Rabbi who turned him on to the miracle of Israel and he began learning how the amazing country, against all odds, came to be the miracle of the modern world.
Comments