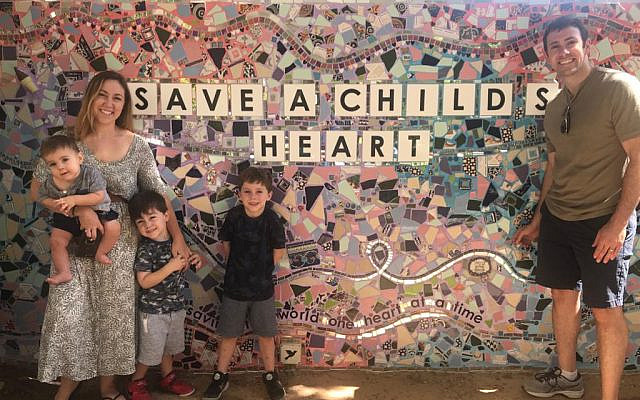 So much has changed since pre Covid times. We were in full swing. We were busily collecting and shipping the collected toys off to Israel.  We were searching for more sources to give to. We found Churches and youth day care centers that had wanted our toys.

What were we going to do now?

I happened to be flying to my cousin’s shiva in early January, pre Covid, or so I thought, when I overheard Hebrew being spoken in line in front of me at security check in. I was curious and had to find out who was speaking and why.  Anti-Semitism was on the rise and I was curious who had the courage to speak and not hide their identities.

I found an excuse to interrupt the couple’s conversation, speaking Hebrew as well. The wife smiled and seemed to sigh relief that she was standing with a “landsmen”, so to speak. I directed our conversation over to what I was doing with used teddy bears and looking for volunteers to step up and help me. I wasn’t exactly sure what I needed at that moment but I wanted to kickstart the conversation to see where it might take us. It turned out that the couple lived in Bergen County, not far from me and wanted to find a hesed project for their seven year old daughter to do. I clapped my hands in glee. Perfect I thought. Let’s get the children involved in the sorting and packing, besides the schlepping the bags to Israel. It might make a difference in how they viewed their wealth of toys and those who were have nots, without toys. The woman gave me her what’s app information and I in return gave her mine. I assured her that I would be in contact as soon as I had a project that would involve her daughter and her friends.

Months slipped by but I had remained inspired by Rabbi Katz’s invite to me to participate in his “Day of Giving” at the MLK Center in Long Beach, New York. I remembered that warm feeling of giving and wanted to make it happen again.

I thought of that mother and her seven year old. I considered what I would need to do to make a Day of Giving happen that would work for a seven year old. I invited the family over with the daughter’s girlfriends. We sorted and packed a suitcase full of new looking toys in the heat of the day for Israeli children suffering from Covid. We then took a break and headed for the air conditioned car to draw and write get well cards for those same children who needed a boost and good cheer from other children, living here in America. We planned on sending the toys and cards with my son, Seth, a soon to be new yeshiva student, to Israel. He would be my messenger in Israel to deliver the bag of toys to Rebbetzin Sharona Halickman of Arnona. I knew that she had contacts in Jerusalem where she lived.  Sure enough,  she quickly delivered the bag of toys, upon arrival, to Beit Hayeled in Gilo, run by Amit women.

The children were delighted to share their used toys with those less fortunate children, suffering from Covid and the stresses of living near the borders. They found that giving was a fun and meaningful activity to do.

They ended their two day experience with, “When can we do this again? Let’s get more friends to join in with us next time.”

As it is written in V’zot Habracha. ” And this is the blessing that Moses, the man of Gd, bestowed upon the Children of Israel before his death..”

Thus said the LORD of Hosts: There shall yet be old men and women in the squares of Jerusalem, each with staff in hand because of their great age.

And the squares of the city shall be crowded with boys and girls playing in the squares.

Let us come together to teach peace and tranquility before it is too late to do anything about it.

Our children are our blessings.

Our children will show us how. 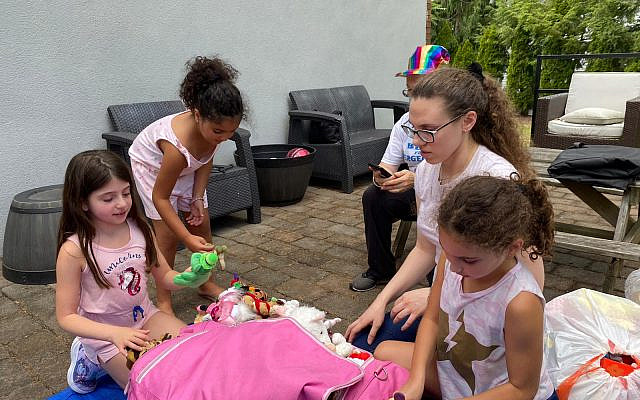 Packing up the toys for Israeli children with Covid 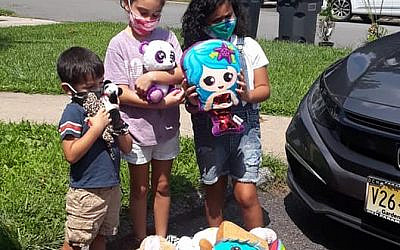 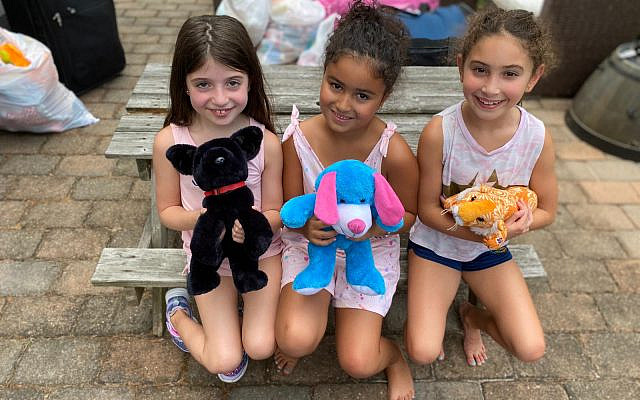 Happy packer Israeli Cresskill children here, hoping to spread good cheer in Israel.
About the Author
Rabbi Claire conceived of the concept Bears from Bergenfield upon a routine check of the Israeli staff at camp SLC August of 2001. She realized that the world needed to wake up and become aware of the suffering the Israelis were enduring as the Palestinians continued their intifada against them. After 18 years and 195,000 teddy bears amassed and redistributed, Rabbi Claire is searching for more public platforms to proliferate and advance her message, that Jewish lives matter, especially with a teddy bear. Rabbi Claire lives in Bergen County with her husband of 38 years, Larry, and their 4 children, Sam, Shira, Seth, and Sarah Rose, plus their incoming son-in-law Ivan. For further information of how to get involved with this endearing project, contact her at lgcg98@aol.com.
Related Topics
Related Posts
Comments