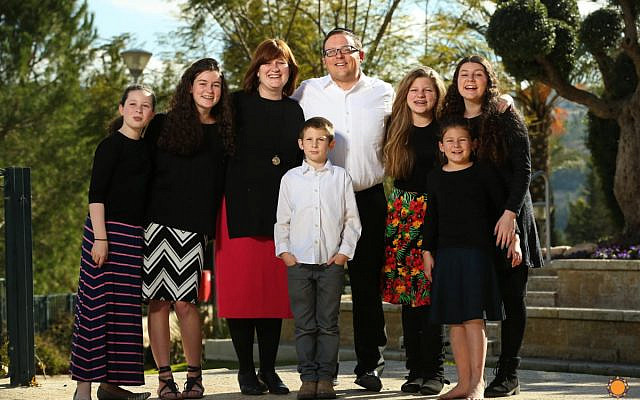 With Israel’s planned extension of sovereignty to the Jewish settled lands of Judea and Samaria (annexation of the West Bank), the usual tropes about extremist settlers are receiving air time. An unfortunately great number of people who oppose Israel’s upcoming plans have a negative impression of the Jews who live in these areas – people the world calls settlers.

A few years ago I had a conversation with Senator Tim Kaine. We mostly discussed Iran and our differences of how to best stop their nefarious activities and as we were ending our conversation I mentioned to him that I’d noticed that all of his public comments about Jewish towns in Judea and Samaria (settlements in the West Bank) were negative. He responded that he felt their growth was an impediment to peace. I asked him if he had ever met a “settler” and listened to their perspective. He admitted that he had never met a settler. I extended my hand and smiled warmly while informing him that I was his first settler. He was taken aback, but to his credit listened to me and asked me to give his staff a mini-course on the settler’s perspective. I’d like to share a portion of that session with you and introduce you to a settler – me.

Settlers, you’d be surprised to know, are not religious fanatics or extremists. Settlers aren’t all religious Jews, in fact, many are secular. The current head of the Settler’s Council and the past head were both secular Jews. While some settlers live in their towns out of a sense of ideology, most that I know, including myself, chose their place to live out of convenience. Houses in Judea and Samaria tend to be bigger, cheaper and the neighborhoods quieter than other places in Israel. Even religious settlers aren’t extremists; one can believe in God and be rational. I know I am, and most of my neighbors are too.

If religion isn’t the driving motivation of settlers to build their towns, what drives them? Like all people, Jews have a right to self-determination within their historic homeland. Judea and Samaria (The West Bank) is the heartland of the Jewish homeland. For two thousand years Jews dreamed of moving back to the cities they heard about from their great grandparents and read about in Jewish literature. Jerusalem, Jericho, Hebron, Shechem and Beit El, were cities they only dreamed of, and Zionism made that dream a reality. While many in the world assume that the West Bank is Palestine, settlers maintain that they live on historic Jewish land, and have every right to live here. Anyone (even other Jews) who opposes settlers living in Judea and Samaria denies Jews their rights. If it’s only Jews that they deny those rights, they’re playing a double standard and that’s anti-semitism.

Settlers aren’t religious fanatics and we’re not extremists. Settlers are like any other people. Settlers wish to raise their children in peace and security, determine their future on their historic land, and get along with their neighbors. When people who have never met a settler demonize them either out of ignorance or to further their agenda, they lose out. Their dishonesty betrays their cause and they move further away from the peace that we all hope to achieve.