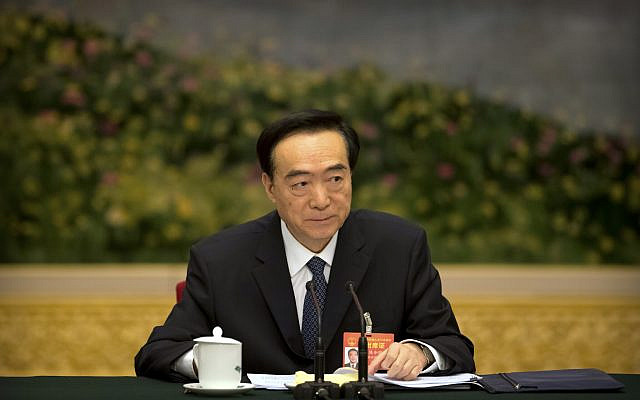 Sometimes the words just leap off the page.

For it to happen three times in one reading is unusual.

Maybe it’s because I stood listening to the words as they were delivered, not following them in the book. After all, that’s how tradition tells us these words were were experienced at their first utterance.

Thou shalt not bring the hire of a harlot, nor the price of a dog into the house of the Lord your God…..for they are an abomination” Devarim (Deuteronomy) 23.19

The 13th Century Spanish commentator Nachmanides explains this, referencing his 12th Century predecessor Ibn Ezra, as meaning it is unacceptable to make temple offerings sourced through “contemptible means”, specifying the trades of prostitution or breeding vicious dogs. I am no halakhist (Jewish legal expert). I don’t know if this generalises to products other than temple offerings. However, the parallel with not using products sourced through the contemptible means of slave labour forced on Uyghur Muslims in China leapt out at me.

Intelligence reports and detailed work by NGOs show Uyghur Slave labour has infected the supply chains of at least 83 high street brands and the entire Chinese Cotton industry. Since then, use  of Uyghur Slave labour has increased greatly , with Uyghurs transported from concentration camps or home across the country, even at the risk of COVID exposure.  The international Call to Action  asks brands and retailers to investigate and terminate supply chains using such labour, in line with antislavery laws or face consequences.

Remember what Amalek did to you……. you will wipe out the memory of Amalek” Devarim 25.17-19

The nation of Amalek is reviled as evil personified for attacking the Children of Israel in the wilderness, from behind, where the most vulnerable travelled: the sick, the young, the elderly and the women. The parallel with the way China attacks the most vulnerable of the Uyghurs leapt out at me. Concentration camp internees include early teenagers and octogenarians. Inside the camps, women’s hair is cut off and sold as wigs, rape is routine. Outside the camps there is forced marriage of young women to Han Chinese, wives of interred men must share their beds with male Han officials “befriending” their family, and very young children are taken into state boarding schools that forbid all Uyghur culture. Forced birth prevention programmes target 80% of Uyghur women of childbearing age, “offering” sterilisation, insertion of IUCDs, and abortion, even of 8 and 9 month pregnancies. Surviving babies are killed. How Amalek can you get? It seems totally appropriate that in stopping this Genocide, we should blot out the very memory of a Chinese Communist Party aspiring to lead the world.

Thou shalt not pervert justice due the stranger…. you will remember you were a slave in Egypt” Devarim1 24.17-18

This is why Jews speak out so strongly for Uyghurs, for we “know the soul of a stranger” (Shemot [Exodus] 23.9). Strangers are seen as “other”, “different”, and although the Uyghurs are hardly strangers in their own land, they are by their culture and religion seen as “other” by the CCP. We know what it’s like to suffer this way, with few to speak for us, which is why we speak so strongly for the Uyghurs. It doesn’t matter that they are Muslim. They are our brothers and sisters in suffering, which is why, for me, listening on shabbat, the phrase “these and these are the words of the Living God” (Talmud Babli. Eruvin 13b), rang true.

But whether we are Jewish, Muslim, Christian, or secular, we  can agree

We hold these truths to be self-evident, that all men are created equal, that they are endowed….with certain unalienable Rights, that among these are Life, Liberty and the pursuit of Happiness.

It is why we activists struggle so strongly to bring both public and politicians to reset the world’s relationship with China, to stop the Uyghur Genocide, and thus demonstrate for all time that no country, however powerful, can carry out genocide with impunity again.

How often Shabbat’s Torah  reading (Sabbath reading from the five books of Moses) relates to personal or current events! This shabbat began on the third anniversary of Chen Quanguo’s  (pictured) appointment as Governor of East Turkestan (the Uyghurs’ ancient homeland)  where he meticulously oversees the current Genocide. He is, without doubt, the modern living Eichmann. The USA has imposed Magnitsky sanctions on him and his name has been submitted for the new similar British sanctions. His real estate portfolio in London, acquired through “contemptible means”, is now under threat. Eichmann was brought to justice. One day, please God, so will Chen Quanguo.

Shavuah Tov! Have a good week!