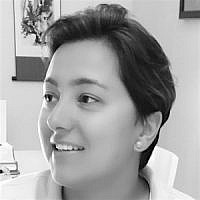 This coming Passover, my brother will be released from a four-and-a-half-year sentence in prison. He committed a crime of armed robbery with a friend who robbed the cash register. During his sentence, my brother sought out familial bonds, read books, and delved into his past asking questions. After a 20-year drug addiction, a mother’s death, the loss of so-called friends, and the loss of freedom, he reconnected with his heritage to form a new identity. With his release falling on the last day of Passover, my brother will be walking into an unknown –a global economy on hold, no travel, and social distancing.

Passover is a time of remembering and celebrating. Traditionally, we remember the freedom from Egypt after 400 years of slavery, as told in the Book of Exodus. It is a time of savior and sacrifice, as the Israelites followed Moses out into the wilderness – into the unknown – and had faith that they would be brought into the promised land. I reflect on these biblical narratives as I reflect on the last few years and today. The writers of these biblical texts were writing about common themes in society. These writers were not foreign to the hardships of life and humankind. We know from archaeological findings that ancient history was filled with slavery, famine and war. The biblical narratives are stories of human existence. It is easy to recognise that the formation of a communal identity through the solidification of beliefs was paramount to survival. This has been written about for millennia. Over the last few centuries, the shift away from biblical narratives towards the humanities has seen the expansion of alternative explanations to human existence. For example, the rise in identity politics since the 1960’s which has begun to dominate modern day thinking. All of which are a result of the natural inclination and yearning of people to want that collective identity – the means of belonging to a group.

During the 1960’s, psychologist Erik Erikson was one of the first to write about an identity crisis that arises during adolescence. A time when the self needs to form as an individual as well as fit into the collective. To do this effectively, the youth needs to have a clear vision of what they want to be, and how they want to be perceived by others. This enables the youth to share their “self” without compromising their own individual identity. My brother and I experienced this crisis of self when my family went from orthodox to secular, and again when our mother died. The fluidity of identity through the uncertainties of life is not uncommon, as told in the story of Exodus, and even now in the midst of a global pandemic. More than ever we are defining ourselves by our solidarity with others to self-isolate, to look after our elderly and vulnerable, to think beyond ourselves, and to think as a community. One of the great Jewish scholars, Hillel the Elder, wrote “If I am not for myself, then who will be for me? And if I am only for myself, then what am I? And if not now, when?”.

As a global community we are making sacrifices for the safety and health of ourselves and others. I think of my brother, who will be walking out a free man with a newly formed identity. He will be freeing himself of his individual past and re-joining a community in uncertain times. Much like the story of Passover, his exodus will be into an unknown.

About the Author
Schooled in four different continents and experiencing various Jewish communities, Hava holds a Bachelor in Political Science with an avid interest in politics and identity.
Related Topics
Related Posts
Comments