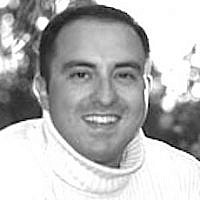 The Blogs
Brandon Marlon
One of the People
Apply for a Blog
Please note that the posts on The Blogs are contributed by third parties. The opinions, facts and any media content in them are presented solely by the authors, and neither The Times of Israel nor its partners assume any responsibility for them. Please contact us in case of abuse. In case of abuse,
Report this post.

The shocking passing of Rabbi Jonathan Sacks—teacher, role model, spiritual lion—staggers the spirit, plunging all who knew him or learned from him into sorrow. In the House of Israel, a central light has been dimmed.

Rabbi Sacks was no stranger to encomia and was justly fêted in life by Jews and gentiles alike. His global impact was phenomenal, his tremendous success richly deserved.

We the heartbroken, lorn and reft, can only offer sincere gratitude for his life and message. Here was a moral exemplar, a paragon of probity, a leader of character, and dignity, and grace.

He was Judaism’s most eloquent spokesman to the world: erudite, sagacious, authoritative, gifted in rhetoric, expert in oratory, judicious in word and tone.

As a young man seeking his vocation, he heard the kol demamah dakah, the “still, small voice” that he would later construe as “a sound you can only hear if you are listening.”

He was one who felt summoned; he was one who answered the call. His tenure was a master class in personal responsibility, his life a sustained lesson in leadership.

He taught his myriad readers and listeners the world over that “when we recognize the goodness in someone, we do more than create it, we help it to become creative. This is what God does for us, and what He calls us to do for others.”

Based on a lifetime of observation and experience, he memorably highlighted for his own flock that “non-Jews respect Jews who respect Judaism, and they are embarrassed by Jews who are embarrassed by Judaism.” He reminded us of the traditional metaphor that the Jewish people is like a living Torah scroll and every individual Jew is a letter within it, and that if even a single letter is damaged or missing or incorrectly drawn, a Torah scroll is considered invalid; likewise, each individual is considered a crucial part of the people, without whom the entire community suffers.

While he could not have been unaware of his immense contribution as a longtime communal leader and public intellectual, it is fair to say that he could not have known in just how many of our hearts and minds his letter was indelibly inscribed.

Now the lion’s last roar has sounded, though its echo will long linger and endure. It falls to those Rabbi Sacks inspired, who are legion, to emulate his example.

May the Omnipresent comfort his family among the remnant of the mourners of Zion and Jerusalem. May the memory of the righteous be a blessing…and a clarion call.

About the Author
Brandon Marlon is a Canadian-Israeli author whose writing has appeared in 300+ publications in 32 countries. His script The Bleeding Season won the 2007 Canadian Jewish Playwriting Competition. His poetry was awarded the Harry Hoyt Lacey Prize in Poetry (Fall 2015), and he is the author of two poetry volumes, Inspirations of Israel: Poetry for a Land and People, and Judean Dreams. His most recent publication is the historical reference Essentials of Jewish History: Jewish Leadership Across 4,000 Years. www.brandonmarlon.com
Related Topics
Related Posts
Comments