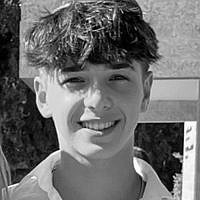 The Blogs
David Berger
Apply for a Blog
Advertisement
Please note that the posts on The Blogs are contributed by third parties. The opinions, facts and any media content in them are presented solely by the authors, and neither The Times of Israel nor its partners assume any responsibility for them. Please contact us in case of abuse. In case of abuse,
Report this post. 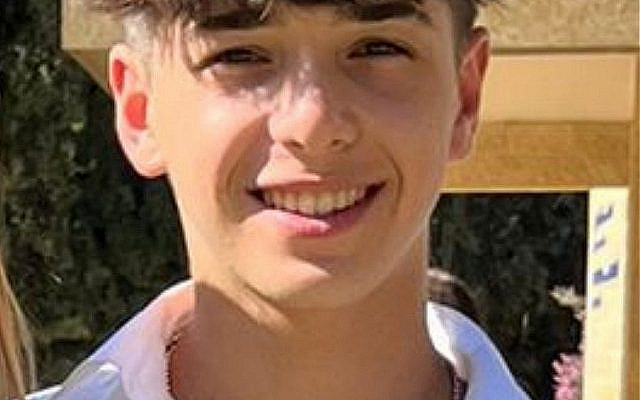 My grandfather was a prisoner in Auschwitz for three and a half years. Six million Jews, including more than half of his family and countless friends were murdered by the Nazis in Germany just over 75 years ago. I grew up hearing about my grandfather’s survival stories, bravery, and persistence. Jews have always been globally persecuted, and too frequently, Jews are in imminent danger, solely due to their religion. Despite all our nation has been through, antisemitism and hate crimes against us are still at large, and it is our generation’s turn to take action.

A substantial factor contributing to the establishment of Israel was the Holocaust. Additionally, if not for our ancestors’ tenacity and willpower to push through and survive Hitler’s regime, keeping faith towards a brighter, religiously independent Jewish future, Israel would not have survived and flourished. They reclaimed our homeland finally giving the Jewish people an army and a safe haven to resort to. The Israeli Defense Force has risen to be one of the most powerful militaries in the world, thus keeping Jews around the world safe.

Before the establishment of Israel, Jews were scattered all throughout Europe. They had no homeland to run to, or needless to mention, an army to defend them. All Hitler needed was to begin scapegoating them and to send his already hate ridden army on its way to “make Germany great again.” Today, the majority of American Jews feel safe living in America. However, a key element resulting in the freedom we have to exercise our religion and live without fear is a result of the young men and women putting their lives on the line in Israel. Israelis are closest to danger; all the surrounding countries want to wipe out the Jewish people. Nonetheless, they continue to live and fight for the worldwide freedom of Jews. It is not right that us American Jews enjoy the benefits of America whilst our own people put their lives on the line in Israel. The only difference between American and Israeli Jews is that us Americans, by chance, were born 6000 miles away from Israel. Otherwise, we would be required to draft into the IDF. We are the same united people just born in different places.

Anything you can contribute to the IDF is helpful, and frankly, needed. Israeli Jews have served since the existence of Israel and it is now our turn, as American Jews, to step up. All a lone soldier – a soldier whose parents reside in the diaspora – is required to serve is for one and a half years. It is a chance to be someone’s hero. A chance to take a stand to protect your people, your family. It is an opportunity to help keep our brothers and sisters in Israel safe. Just take a look at what Israelis deal with again and again and have to read on the news time and time again. “Senior Islamic Jihad official: We will bomb the center of Israel.” “Three people killed in ax attack in Israel, extending wave of violence.” These headlines are nothing new for the citizens of Israel.

We are watching history repeat itself. As a result of the Holocaust, one of the largest genocides in the history of the Jewish people, there has been a silent period of antisemitic and anti-Zionist violence and hate crimes. However, the past 77 years have also been a silent buildup of hate and tension. They say history does not, exactly, repeat itself, but it does rhyme. The hate is now making loud appearances in forms of dangerous, violent acts, and statements towards the Jewish people all over the world. Jews, please join me, and do your part in memory of those we have tragically lost and for our future.

Regarding America, with the rise of antisemitism, joining the IDF will, in the long run, help improve conditions for American Jews. The link between safety, Israel, and the Jewish people is inextricable. Out of the steps we can take, the greatest action of contribution is to join the Israeli military service. No matter how big the job is, it is a necessary factor in an effort to secure a dependable, safe, and thriving future for Israel and Jewish people worldwide. It doesn’t matter where you live; since we are Jewish, it is crucial we each do our part.

About the Author
David Berger is sixteen years old, a junior in high school. Aside from hobbies including music and psychology, his greatest passion is sharing his perspective and enthusiasm on why he believes all Jews, American specifically, should enlist in the Israel Defense Force and the criticality of this paramount contribution. Coming from a family of Holocaust survivors, the idea of “never again,” was engrained in his psyche and became his conviction. David's ultimate goal is to enlist in the IDF but opening people’s eyes in a different lens is what he believes he can do right now to make a difference.
Related Topics
Related Posts
David Berger