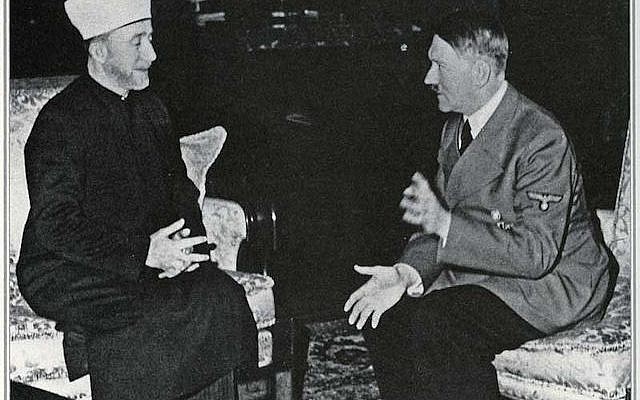 Who are the Mizrahi Jews? If you don’t know and you identify as a Zionist, an anti-Zionist, or you just want more context when it comes to the seemingly never-ending conflict, let’s talk.

But first read this.

Mizrahi literally means “from the east.” That is what defines the Mizrahi Jewish people; they are Jews from Middle Eastern and North African countries. Their presence in those areas dates back to biblical times, like the Jews in Persia during the time of Queen Esther around 486 BCE and before, or the Jews in Babylon during Nebuchadnezzar’s reign around 586 BCE. Of course, Persia is ancient Iran and Babylon is ancient Iraq.

From the time of the Israelites’ exile, causing them to be scattered all over the known world, there has always been a significant number who chose to stay in the place to which their grandparents and great grandparents were exiled.

For centuries, Jews have lived alongside their neighbors in Egypt, Iran, Iraq, Libya, Morocco, Syria, Lebanon, Jordan, Tunisia, Algeria and other countries, but were seldom treated as equals. Jews were often considered “dhimmis,” which means “protected person” and refers to non-Muslims living in Islamic territory who receive safety in return for paying capital tax. They were subjected to dhimmi laws, which prevented them from serving in the military, bearing arms, riding horses or camels, having houses taller than their Muslim neighbors, or synagogues taller than their neighboring mosques. A dhimmi was also not allowed to give evidence against a Muslim in an Islamic court and a dhimmi’s oath was found unacceptable. While some people even today say that because “dhimmi” is a word that means “protected,” that somehow these laws were good for the Jews and later on, the Christians. In actuality, these Jim Crow-like practices oppressed the Mizrahi Jewish communities. In fact, historically, the times when the Jews seemed the most “safe” was when they were the most subordinate to these laws. Some of the dhimmi laws inspired the genocide of European Jews in the 1940s. In the ninth century, for example, Baghdad’s Caliph al-Mutawakkil designated a yellow badge for Jews, setting a precedent that would be followed centuries later in Nazi Germany.

Not only was Adolf Hitler inspired by dhimmi laws, he even met with the Grand Mufti of Jerusalem, Haj Amin al-Husseini in 1941. This, of course, was before Israel had been reborn, so Jerusalem belonged to British Mandate Palestine at the time. Among the many things they discussed: how to destroy the Jews of both Europe and the Arab lands. They also discussed their disdain for a Jewish homeland.

How did a German supremacist Nazi dictator get to teaming up with Arab nationalist leader? The same way Ku Klux Klan leader David Duke defends Louis “I’m anti-termite” Farrakhan and his blatant anti-Semitic teachings. A common ideology brings together the strangest of bedfellows. Just as early as 2017, we learned of the neo-Nazis of Germany forming an allyship with Syria’s Assad regime, and Hezbollah in Lebanon, hatred of the West and Israel being their common guiding principle.

One reason why the rebirth of the Jewish homeland is so important is that this evil ideology, though ancient, is very much alive today. 850,000 Mizrahi Jews were expelled from countries like Iraq, Egypt and Syria upon the rebirth of the State of Israel, and 650,000 of them would still be refugees today had it not been for the Jewish state — the very state that Hitler and al-Husseini were very much against, a state that instantly became the largest refugee camp in the Middle East because of the expulsion of Mizrahi Jews from Arab lands. Over half of Israel’s population is Jews of color whose families came as refugees from Middle Eastern and North African countries. And much like their European brethren, they are returning to the land after centuries of being exiled.

Ironically, the same Arab lands that expelled the Jews immediately descended upon Israel to obliterate the nascent state. Arab leaders have always known the multi-ethnic makeup of Israel. They did not attack Israel because they believed the Jews to be colonial expansionists; they attacked because they could not bear the sight of the very people they treated as subhuman now having the dignity of having their own land again. This was also true for Hitler and the Jews living in Germany. That spirit of blind hatred has not gone away.

These historical truths are paramount in the Israel/Palestine discussion. Far too often, the discussion is based on the accepted narrative that Europeans came in and colonized the region, making Israel no more than a nation of “fake white Jews” who forced out and are now oppressing the Arabs. For 3,000 years, there has been a Jewish presence in the Middle East. Without a homeland, the Jews suffered through most of those years. In the discussion, Israel is not at all above reproach, but we need to be real. The lie that somehow Jews just showed up in the Middle East in 1948 needs to die. There needs to be a better understanding of the reality that Israel is for Jews of all colors, and Jews of all colors live in Israel today. The conversation changes the most drastically, in my view, when there is an understanding that the Mizrahi people exist. I want to credit my good friends and colleagues at JIMENA: Jews Indegenious to the Middle East and North Africa for leading the charge on not only awareness, but also preserving the Mizrahi and Sephardic culture.