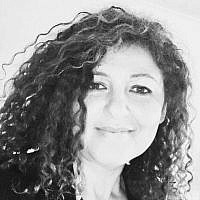 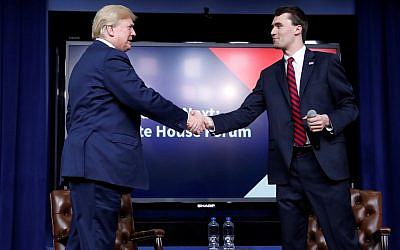 The battle between Left and Right is no longer between opposing political parties. The conflict now rages between what former New York Times editor Bari Weiss terms “the (mostly young) Wokes” and the rest of society. And it all starts on campus.

Charlie Kirk has been speaking against academia’s unrelenting Leftist bias for many years. In 2012 the then-19-year-old founded Turning Point USA and made “breaking the Left’s stranglehold on campus” his mission.

Along with fellow activist Candace Owens, he frequented campuses far and wide to debate students, question strongly-held conceptions and openly accuse academia of suffocating the free exchange of ideas.

Perhaps Kirks greatest achievement came in 2019 when he secured the breakthrough free-speech-executive, signed by President Trump. For the first time, universities were threatened with their funding being cut if they continue to restrict free thought and impose total ideological conformity.

“Every year the federal government provides educational institutions with more than $35 billion dollars in research funding, all that money is now at stake” explained President Trump during the signing ceremony, if a college or university does not allow you to speak, we will not give them money.” The message was clear – allow free speech on campus or else.

Kirk is not alone. His pro free-speech sentiments have been echoed by countless commentators on both ends of the political spectrum, from Jordan Peterson and Ben Shapiro to J K Rowling and Bari Weiss. The Latter’s numerous tweets concerning Campus-Wars, ominously warned of indoctrinated graduates taking over cultural institutions and bringing conflict to newsrooms across the land.

Currently, less than 2% of academia is conservative. A 98 percent majority of any single ideology should worry every student, parent or citizen. Campuses should be hubs of conflicting ideas, differing perspectives and diverse beliefs. It is educators duty to expose students to a multitude of ideologies and trust them to draw their own conclusions for life. A 98 percent majority of any ideology cannot accommodate the multitude of ideas needed to sustain an unbiased study environment.

The question is how to correct the deeply rooted Leftist bias within academia and reverse its path?

The answer is in enabling a generation of university students to consider opinions from both ends of the political spectrum, including those labelled Far Right and Far Left. The answer is a campus where-attacking a guest speaker for his/her views is always shunned, but current academia will never let that be.

This is where TPUSAs DivestU comes in. Urging Americans to vote with their wallets and stop donating to their alma mater the project sends a message to universities that Left-wing bias will not be tolerated and might just bankrupt the institution.At a time when universities are already anticipating financial hardship due to COVID-19, this additional purse-tightening should come as the much needed rude awakening.

TPUSAs efforts are bearing fruit and within days after launching, donors have responded by divesting contributions totalling $13 million. The relevant form on TPUSAs website simply asks the donors to declare that he/she are “pledging to stop giving to an institution that no longer supports my values. The project˜s stated long term aim is to reach 1,000 divestments worth $1 billion.

The current state of affairs where students are exposed to one end of the political spectrum is unfair, unjust and unprofessional. A sociology text book that concludes every chapter with the Marxist view on the topic at hand is biased, as is a university that allows bullies to prevent guest speakers from even reaching the podium.

Should Kirk succeed and universities indeed mend their way, he will be making history. The change within society will not happen overnight. It will take a generation of none partizan preaching to rectify the damage caused and see graduates for whom opposing views are not a crime and patriotism is not taboo. Should this project succeed, the new generation of graduates will signal one of the most significant changes to ever affect American society.