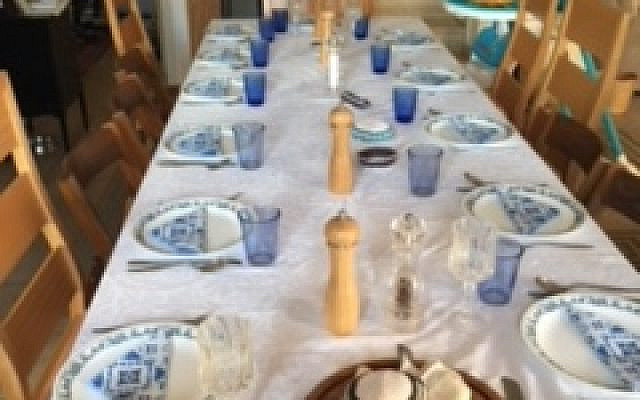 I suppose the etymology of the two phrases (Holy Days and Holidays) is the same, but their significance in this day and age is very different. Holidays are a time for enjoying oneself, whether relaxing on a beach or trekking up a mountain, whichever suits your taste. Holy Days are a time for contemplation, prayer and – in the case of the Jewish religion – observing the various practices that are enjoined by the religious authorities to which one adheres.

For most people, religious practice follows the pattern set out by one’s family, with traditions handed down through the generations. In my particular case I decided to break with the traditions of orthodox Judaism, finding that living in Israel was sufficient to satisfy any inclination I may have had to follow the customs I imbibed in the parental home. Each family, each ethnic group has different traditions and different ways of observing them, making for a wide variety of modes of observance.

Some traditional modes of marking the festivals, primarily those connected with food, seem to have become embedded in the way they are observed. Many of these traditions are determined by the availability or non-availability of certain foods at certain times of the year. Since the origin of many of the Jewish festivals is connected with the agricultural year and seasons, this is reflected in their observance even in countries for which this partiularl aspect has no relevance. After all, Jews were exiled from the Land of Israel over two thousand years ago, but clung to the traditional seasonal routine imposed by the Jewish festivals. Now that some Jews are back in Israel the festivals seem to be celebrated at their appropriate seasons, but that isn’t always the case for Jews living in the diaspora.

The same goes for the observance of the Jewish calendar day, starting the evening before the day of the festival, and ending when there is no more daylight. When I was growing up in England, which is situated further north than Israel, that meant that in the summer the Sabbath didn’t begin until ten o’clock at night on the evening before, and ended around midnight the next day. Thus, all the prohibitions and injunctions associated with the holy day (not driving, using electricity or cooking) had to be observed at times that caused a major disruption of our usual routine (when to sit down to eat the evening meal, for example). Even in Israel today those rules and regulations require setting routines and mealtimes in accordance with the time of the setting of the sun, which varies in winter and summer. I’ve ditched all adherence to such arbitrary rules and the family sits down to eat at 7 p.m. come rain or shine.

As the Jewish New Year approaches there is an upsurge in sales of honey in Israel because everyone (myself included) wants to partake of something that symbolizes a sweet year. I am even prepared to eat an apple with honey, remembering my mother’s table with its shiny, polished red apples waiting to be consumed. But I refuse to go down the road of various ethnic groups which consume an array of different foods symbolizing the plentiful bounty of our ancient forebears, culminating in that much-prized delicacy ‘the head of a fish.’ As far as I’m concerned that is the ultimate insult, both physically and psychologically.

Be that as it may, and however you mark the High Holidays, may you have a joyous year, with health, happiness and all you wish for yourself.