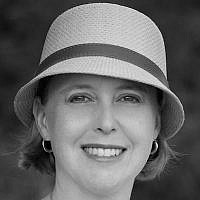 The Blogs
Stefanie Saffern
Apply for a Blog
Please note that the posts on The Blogs are contributed by third parties. The opinions, facts and any media content in them are presented solely by the authors, and neither The Times of Israel nor its partners assume any responsibility for them. Please contact us in case of abuse. In case of abuse,
Report this post. 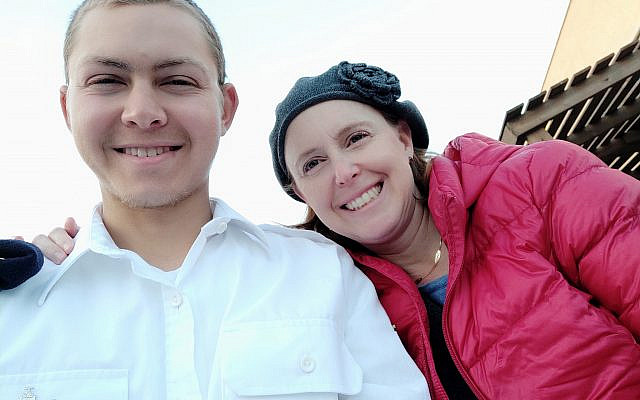 My eldest son drafted into the navy right before the holiday of Passover with other boys from his hesder yeshiva. He wanted to serve in a different kind of unit unlike the typical hesder units, such as tanks. He joined with four other friends from his yeshiva.

This past week I had the honor of watching him receive his pin for completing tasks related to his service in the Navy. He is serving in the dabor or patrol boats, and he must learn every single job on the boat. This requires dedication and acumen. He navigates the ship’s course, mans the radar, steers the ship, and shoots the gun if necessary.

As I approached the guard at the Ashdod port, I proudly announced that I was there to attend my son’s tekes sika or pinning ceremony. She checked my identification card to make sure that I’m on a list of approved entries and then waved me through the gate.

Aryeh was waiting for me on the other side of the fence. He was a sight for sore eyes: it was a month since I last saw him. I gave him a big hug and kiss before we headed off to the ceremony. On our way, we passed the numerous patrol ships, with creative names such as Phoenix or the Joker, which were stationed at the dock.

During the ceremony, the group commander spoke about the sacrifice and dedication that each of the sailors gives daily in order to serve their country. It is well known that serving on a patrol boat can be physically and mentally draining. The sailors lined up and went through various military formations in their white uniforms with the port as a backdrop and the patrol ships docked behind them.

The ceremony began with a short and thoughtful speech from the commander. He praised the sailors for their dedicated service and hard work passing all of the required courses needed to man the ships. Then, each soldier received his pin followed by the warm and individual congratulations from the ship captains. Each sailor looked expectantly as the commanders approached them to congratulate them and present them their pins.

What impressed me the most was that as the commanders presented each sailor with their pins, they warmly congratulated and spoke with each and every one. This personal and touching interaction with each soldier profoundly affected me.

Because in this nation-state, every soldier is connected to everyone, we are all part of the same family. All of us are separated by one degree. Either you know someone who knows someone or you are related to them. Personal highs and lows are experienced on a national level.

Everyone stood up for the Hatikva, Israel’s national anthem at the end of the ceremony. I closed my eyes and let it sink in that my family and I are part of the fabric of this unbelievable society. We sang the Hatikva together, our spirits united, as the sun was setting behind the patrol ships and the Israeli flags soared in the air.

The care and concern for our soldiers are unlike any other military in the world. They care deeply about their successes and failures just like a parent celebrates the highs and worries about the lows. Every soldier is treated like a son or daughter to their commander or ship captain.

(This blog was written in January prior to the Covid 19 pandemic.)

About the Author
Stefanie Saffern is a professional B2B content marketer. She aspires to write a historical fiction novel one day.
Related Topics
Related Posts
Comments