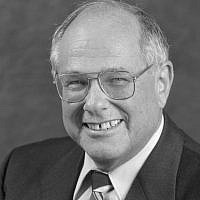 The Blogs
Elliott Dorff
Apply for a Blog
Please note that the posts on The Blogs are contributed by third parties. The opinions, facts and any media content in them are presented solely by the authors, and neither The Times of Israel nor its partners assume any responsibility for them. Please contact us in case of abuse. In case of abuse,
Report this post.

I was only 5 years old when the State of Israel was established in 1948.  I was too young to recall any memories of that profound event in the Jewish people’s history — a centuries-old dream that had been realized at last. Despite my youth, the significance of this monumental event was never lost on me.  Growing up in the 1950s, my parents were deeply connected to Zionism. My mother was president of her Hadassah chapter, and my father chaired the local effort in Milwaukee to raise money for Israel Bonds and for The Hebrew University of Jerusalem.  My parents and rabbi were engrossed in the news about the Suez Canal campaign in the fall of 1956, one of Israel’s earliest engagements in Cold War geopolitics.

Yet, it was not until the early days of June 1967 that American Jews faced the prospect of Israel being annihilated by the joint forces of Egypt, Jordan, and Syria. Because of its quick, resounding victory and complete overturn of those frightening possibilities, the Six Day War led to an immense sense of pride among American and Israeli Jews alike. It would prove to be a month forever etched into our memories.  One cartoon in the New Yorker magazine at the time depicted a Hasid coming out of a phone booth pulling apart his shirt to reveal the seal of Superman underneath, an image that captured how many of us felt in that moment — relieved, immensely proud, in control of our international Jewish destiny, and hopeful for a peaceful future.

The euphoria was short-lived.

All over the world, the Jewish people understood the heavy price that would have to be paid to protect our homeland. We knew that generations of young Israelis would give their lives defending Am Israel. It is their sacrifice that we honor during Yom Hazikaron, Israel’s Memorial Day. Today, our thoughts are with the fallen soldiers and Israeli civilians who have died at the hands of national enemies and terrorists.

During Yom Hazikaron, I reflect on the lives that were lost during the first seven decades of Israel’s existence and consider the directions in which Israel will head for the next seven.  My generation, for example, does not quite view Israel as the utter miracle that my parents’ generation did. Yet, the Jewish state is certainly a source of pride and Jewish identity for us.

Increasingly, younger generations seem to take Israel’s existence for granted, as though it is just a fact of life that could not be otherwise.  American Jews of all generations differ on the morality and wisdom of some of Israel’s policies, especially vis-à-vis Palestinians. Israelis themselves are also deeply split on this issue and many others. The country’s three general elections held in the past year reflect this reality (Israel narrowly avoided a fourth, when a tenuous coalition government was brokered in the face of COVID-19).

It is utterly ironic, though, that Jews today, regardless of their political leanings, take the existence of Israel for granted. After all, from 70 C.E. to 1948, Jews did not have a state of their own. Israel is an entity for which we prayed throughout that long period. We can and should argue about the nation’s policies — but we need to do so with awareness that Israel’s existence has never been guaranteed, that it continues to be threatened by external enemies that seek to wipe it off the map.

It is therefore paramount that Diaspora Jews, and all others who appreciate what the State of Israel has innovated and developed for the world, join with Israelis on Yom Hazikaron. We must come together to commemorate and honor the many people who have died in the name of a Jewish state.

Whatever wishes one might have for Israel to change in particular ways, and whatever actions one might be taking to prompt that change, we owe a debt of gratitude to those who fell in the line of duty.

We take pause today to acknowledge their ultimate sacrifice, to appreciate the very existence of the State of Israel and what it has meant for Jewish identity as well as cultural, scientific, and technological enrichment benefiting people across the globe.

It is imperative that we honor those who died for the sake of the founding and continued existence of the State of Israel. They are a critical component of Israel’s story and of Jewish history. It is because of their sacrifices that we can feel like the Hasid in that Six Day War-era New Yorker cartoon — proud, self-assured, and determined to ensure the continued existence of Eretz Israel. 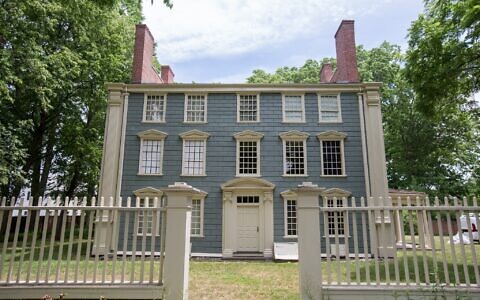 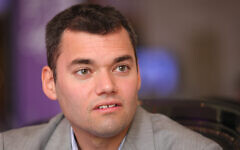 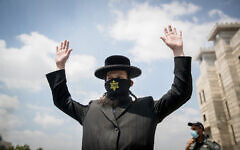