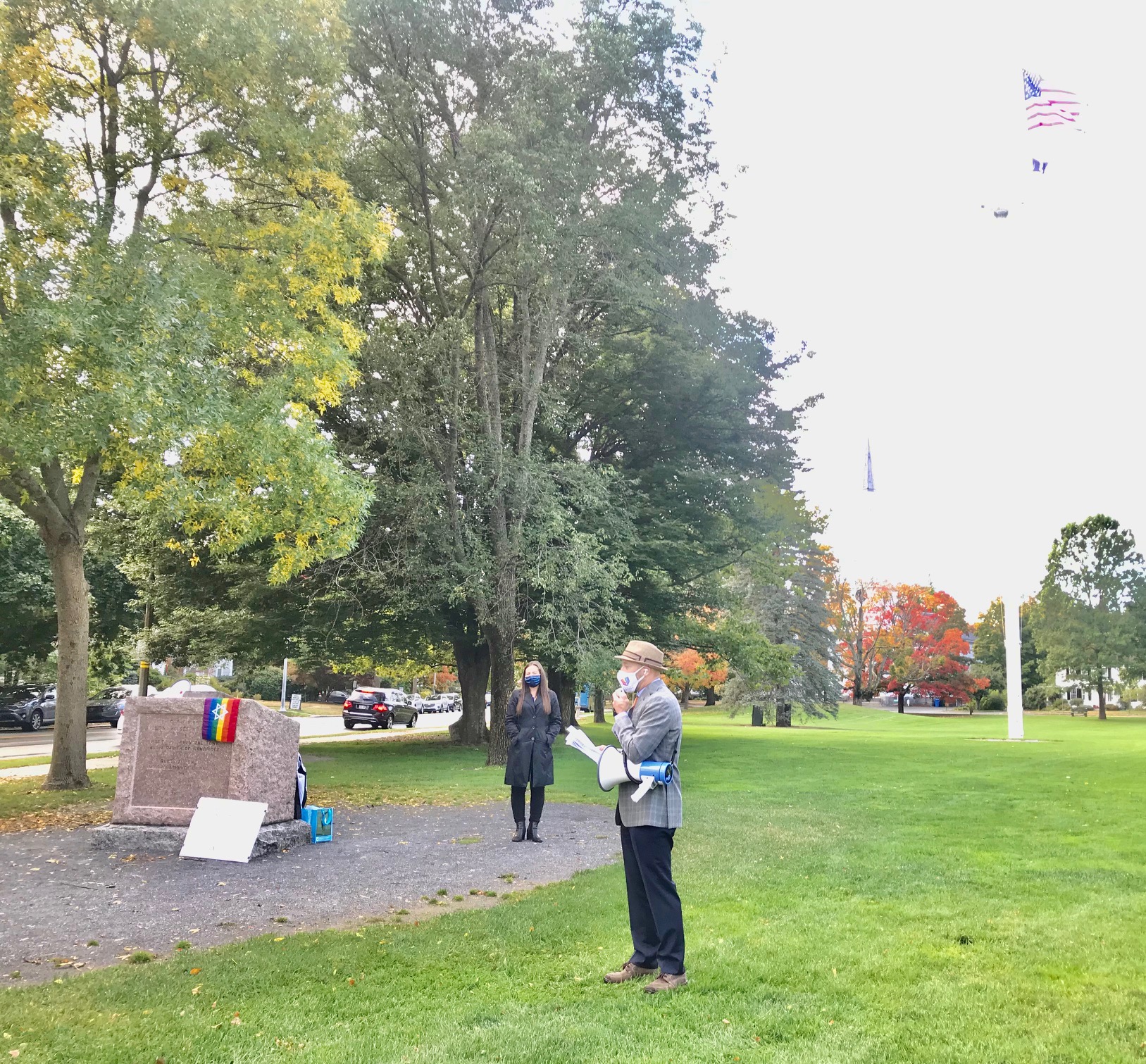 We are gathered here on the historic Lexington Battle Green today to perform three mitzvot, commandments, in the Jewish tradition:

RBG saw the world through an egalitarian lens because she experienced discrimination first hand.

She had three strikes against her as she began her career as a lawyer: she was a Jew, a woman, and a mother.

So when her husband was stationed as an officer in Oklahoma early in their marriage and she was pregnant with their second child, she ended up taking a job as a typist.  Even though she had studied at Harvard Law school and graduated from Columbia Law School, she took the job and did not complain.

That became a pattern in her life.  She accepted the bad with the good and found opportunity where others thought there was none.

But she did not say to herself, “I am stuck in this job.”  She saw beyond it – she saw how things could be, not merely how they were.  That was a gift she brought to the law.  Don’t be locked into how things are – racism, misogyny, sexism, inequality, injustice – but imagine how they could yet be changed and transformed.

That’s the voice of the prophets.  That’s who RBG became. As she proceeded through her career, she was not always on the winning side, but in her dissents, as well as in her majority and concurring opinions, she left her mark and a legacy for the future. 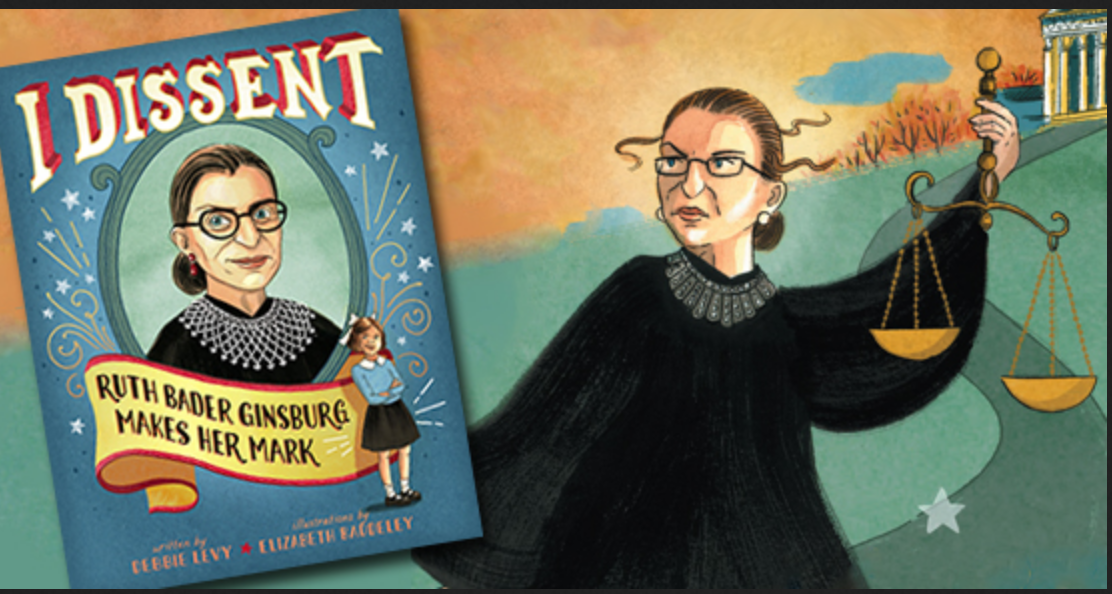 I Dissent, Ruth Bader Ginsburg Makes Her Mark, written by Debbie Levy and illustrated by Elizabeth Baddeley (Image from flyer for author visit to Ramaz Lower School in New York)

A key moment in her life occurred when she traveled with her daughter on a research trip to Sweden in 1962.  There she witnessed first-hand a much more egalitarian society where husbands and wives were both working.  And the wives were complaining that their husbands were not doing enough of the cooking and housework.  Hearing that and juxtaposing that to American households was eye-opening for Ruth.  This made a great impression on her.

And the rest is history. 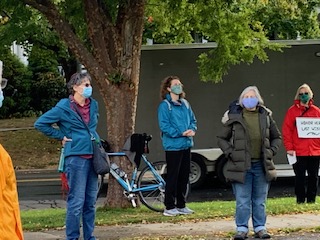 As I look around and see all of you gathered here today, safely with your masks, physically separated so anyone who is not in your bubble is six feet away, I see and feel your pain at Justice Ginsburg’s death two weeks ago.  And hundreds more are participating through Facebook Live and through Zoom.

Many of us have spent these last two weeks trying to keep her legacy alive.  A legacy of equality, LGBTQ+ rights, access to health care 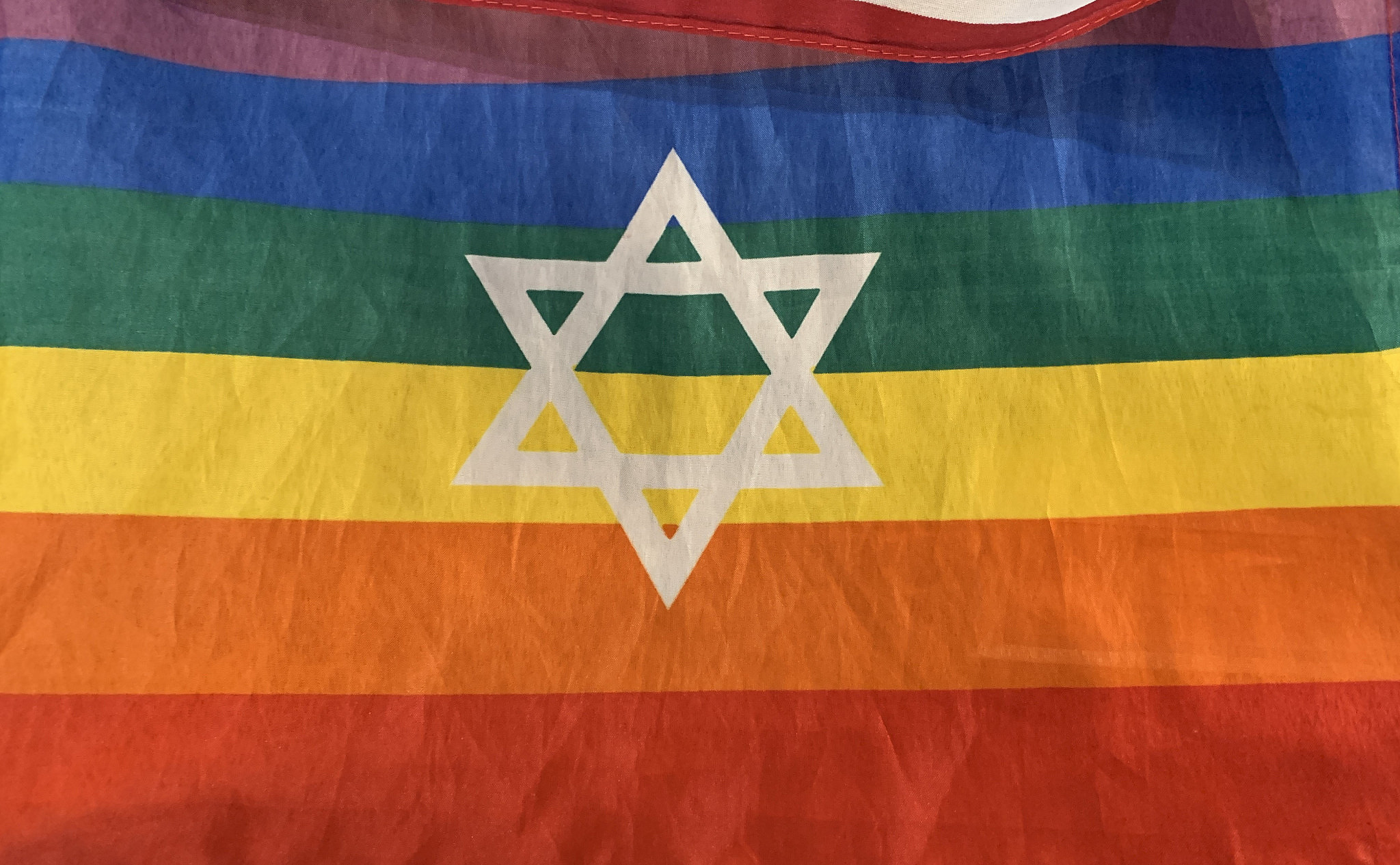 for all, the importance of having health insurance coverage for people who have pre-existing conditions.  We should all work to make this country a better place and to protect the vulnerable, as she did.

Her dying wish was not to have ANY nomination to the Supreme Court made until after this election, especially given what took place in 2016.  The hypocrisy is simply too much to bear.

But we have a nominee. She stands opposed to a woman’s right to choose what happens to her own body, often she has decided against the poor, against voting rights for immigrants, and for formerly incarcerated people

I am disappointed, though not surprised, that the nominee is the polar opposite of RBG.

The roots of the entire Western legal system, Western democracy and ideas of justice  can be found in the haftarah, the prophetic reading that Jews around the globe read on Monday morning, Yom HaKippurim, the fast Day of Atonement.

Isaiah, living some 2,600 years ago, called out the injustice he saw in the world around him in the most stark terms:

He has God challenge the people:

To let the oppressed go free […]

And to take the wretched poor into your home;

When you see the naked, to clothe him,

And not to ignore your own flesh.”

These are scary times. There are those, including some in power, who seek to undermine the very pillars of our DEMOCRACY.

It will be more difficult to face them without Justice Ginsburg’s ability to cut through complexity and clearly assess the situation, to read the Constitution with care, 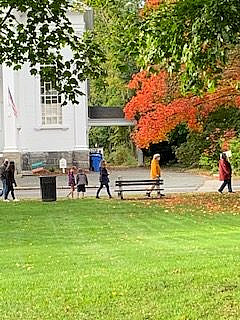 SO TODAY, WE STAND and WALK FOR RBG, FOR HER VALUES.

We will now walk – we will lift each other up from this mourning period by going for a walk – this is central to the Jewish tradition. We walk behind the coffin at a funeral and then at the end of the shivah mourning week we walk around the block. We were asked to walk around a courthouse to honor RBG. While we do not have a courthouse here in Lexington, 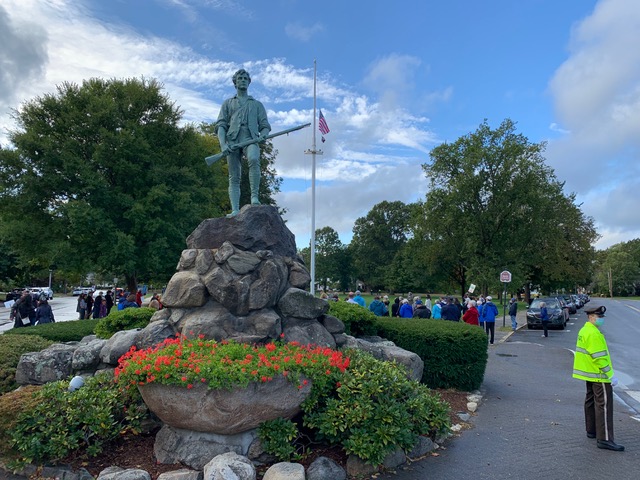 we walk around the Minuteman Statue and Battle Green that are powerful symbols of our democracy, so we will walk around them holding the values Justice Ginsburg held dear.