Two words have echoed strongly in my mind during this strange season we’re living through. They’re both “h” words, the one is hope, the other is humility.

There are so many hurting in our own community from the loss of jobs, security and investments. There’s a lot of pain right here in Caulfield with its concomitant consequences of depression, despair and confusion. Despite our good fortune in dodging the worst of the Covid-19 bullet, and notwithstanding our outstanding leadership, Australia is in recession. And we know too well, a recession in the economy leads to a recession in the human spirit.

We need to be especially sensitive to signs of distress in those around us and we need to be acutely vigilant to the indicators of antisemitism and racism that despair engenders.

Living through dark times is a reminder that without hope, the human heart withers. We need to know that there is a future, that the night will open to a dawn, that the darkness will not always cloak our spirit or clog our souls.

In addition to the malignancy of hopelessness there is the toxicity of arrogance. Arrogance is about an attitude of superiority, an exaggeration of our own worth and power.

Living through these peculiar Corona times is a reminder that without humility, the human condition is cold, callous and often careless. Arrogance stifles the heart with its intense self-preoccupation, it also stiffens the brain with its illusory conviction that only it knows best. It inhibits our empathy; it limits our creativity. Humility, by contrast opens us to others, widens our vision, stimulates our creations. The little corona virus has punctured the swollen ego of our culture. It has reminded us that there is so much that we don’t know. It has deflated the arrogance that fosters isolation and is teaching us that cooperation and mutual dependence are essential.

My colleague, Rabbi Hoffman of Denver, points out that in the West, and America in particular, humility is associated with humiliation. In fact, both words have the same linguistic root, the Latin word humilitas or humus meaning earth or ground. He posits that Americans find it very difficult to be humble because they see it as a source of shame and negativity, synonymous with humiliation.

“And the man, Moshe, was very humble, more than any other person on earth” (Numbers 12:4)

In this week’s parasha, the verse appears in relation to Moses facing criticism from his siblings. Despite their sharp words and God’s disapproval, Moses reacts not out of anger or a wounded self. He responds not with ego but with empathy, not with hurt but humility. He utters one of the most powerful, poignant and succinct prayers ever recorded, for his sister Miriam who has been struck with leprosy for her words: “Please dear God, heal her!” (Ibid 13). Out of humility, hope is born, and Miriam is healed.

It is out of unpretentious acceptance that we can beat this plague and find a cure. There is so much that we still don’t know about this virus, despite the terrible loss of life and enormous suffering. Socrates put it that wisdom begins with knowing that you don’t know. Our Rabbis suggest that the beginning of wisdom is the apprehension of God. The Chassidic teacher of the Haggadah suggests the wisest child is the one who doesn’t know how to ask because he knows that he doesn’t know! One of the ‘blessings’ of Covid-19 is that is has opened our eyes to our ignorance, that there is so much we still need to learn about the Kingdom of Corona and so much we still need to learn about ourselves and how we run our world.

If we can embrace humility, we can improve our world, reorganize our societies, make them more equitable and compassionate and, of course, heal our environment.

There’s talk of isolated bubbles like Australia and New Zealand or corridors of Covid-free travel. They may be short-term fixes but they’re not long-term answers. They smack of superiority and insularity rather than of sharing and connection. After all, in today’s world, no island is an island entire to itself – we’re all deeply and inextricably connected.

The great author, JR Tolkien writes “The world is full of peril and in it there are many dark places; but still there is much that is fair and though in all lands love is now mingled with grief, it grows perhaps the greater.”

Our world is indeed full of grief and sadness but there is also so much love and generosity. Hope resonates in the human heart and compounded with humility may it grow all the greater! 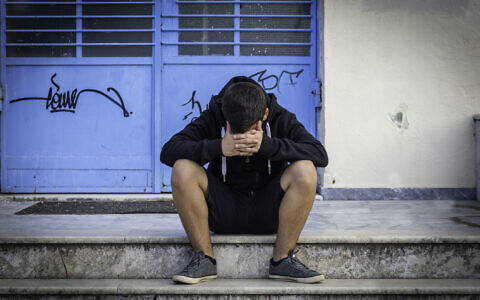 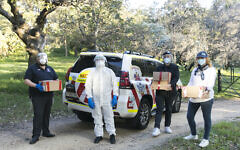 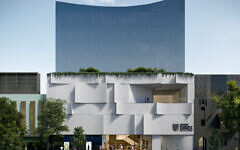 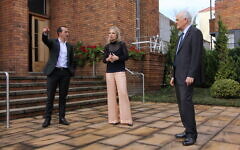 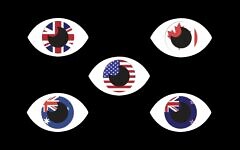 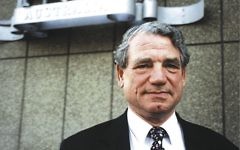