On a cool evening towards sunset, a small group of us met outside the Jaffa Gate and hoped that others would join us. It was the yahrzeit of Shlomo Carlebach, but that was incidental to why we were there. We had come to pray — not at the Kotel, and not in another designated holy place, but outside the walls of the city, where people of different faiths could pray together, and where passers-by could join. 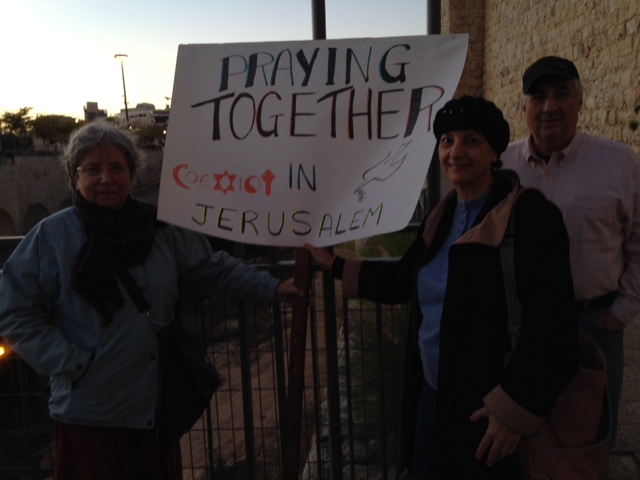 Gradually, the crowd built up. We were ecstatic. Jewish Israelis and expats, Christians of all denominations, and one Muslim — more than 80 people in all — had come to pray side-by-side for the peace of the city we all consider holy. This happened on October 29, 2015. 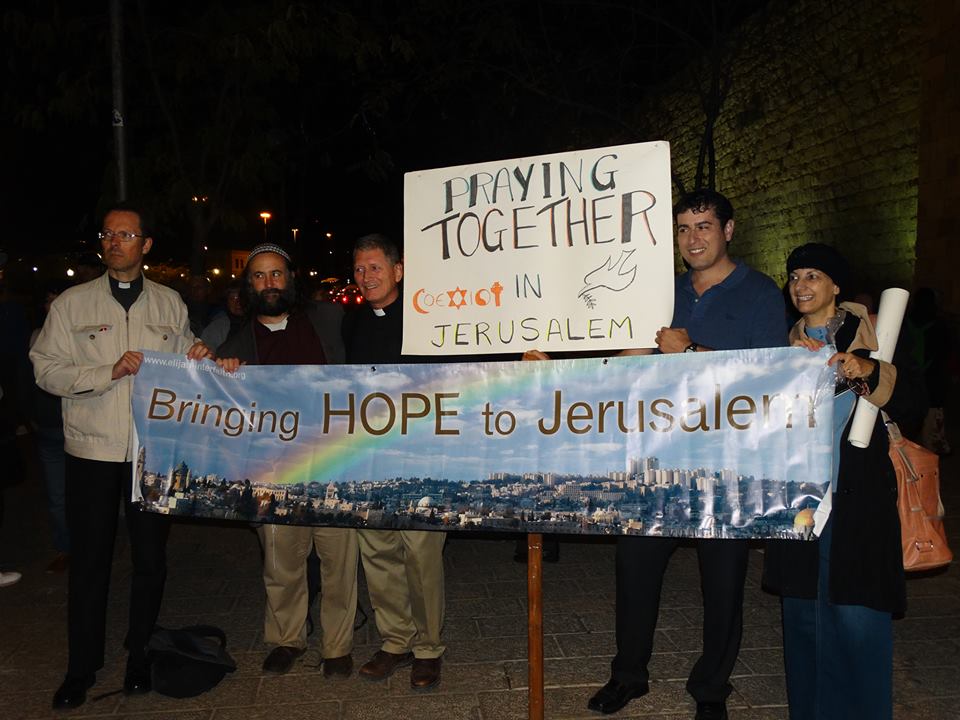 It was sad that many Muslims said they felt that this was not a good time for them to been seen alongside non-Muslims. For those of us who attended, no time could be more appropriate for us to raise our voices heavenward, each in our own way, but all in the same direction.

The idea of praying together emerged during a meeting at Tantur Ecumenical College that was held earlier this year. Called “Envisioning our Future,” interfaith leaders and activists gathered to assess our achievements and to identify where our efforts might best be expended. As people of faith, religious representatives or adherents, we did not feel that our influence was likely to be felt in the political arena. Indeed, there is not a common political agenda — except to bring harmony and respect among the diverse communities that share this city and inhabit this world. Our strength is in our faith, our means of influence through our religious activity. We can model our ideal Jerusalem community by maintaining our different identities and embracing our differences from our neighbors. The vision of the Prophets is that Jerusalem will be a House of Prayer for all nations — a house of prayer and not a house of conflict.

When we met to pray, there was no attempt to find a common prayer; instead, we focused on the common act of praying. The groups divided by religion. The Jewish contingent was led in prayer by an Orthodox rabbi for the traditional Aravit service. Christians chose the daily readings from the Roman Catholic liturgy. Upon completion of our respective prayers, we came together to sing — what could be more apt than the wordless melodies of Carlebach for us to express together the harmony that we were feeling at that moment?

A number of Christian media outlets — television and print media — covered the event. All of those interviewed said that it had been important for them to be part of an event that manifested hope at a time when so many were feeling no hope. “HOPE” is also an acronym for House of Prayer and Education, a beautiful vision for an interfaith center to be built in Jerusalem. Until there is a building, though, the HOPE will be in activities, such as praying together and learning from one another. 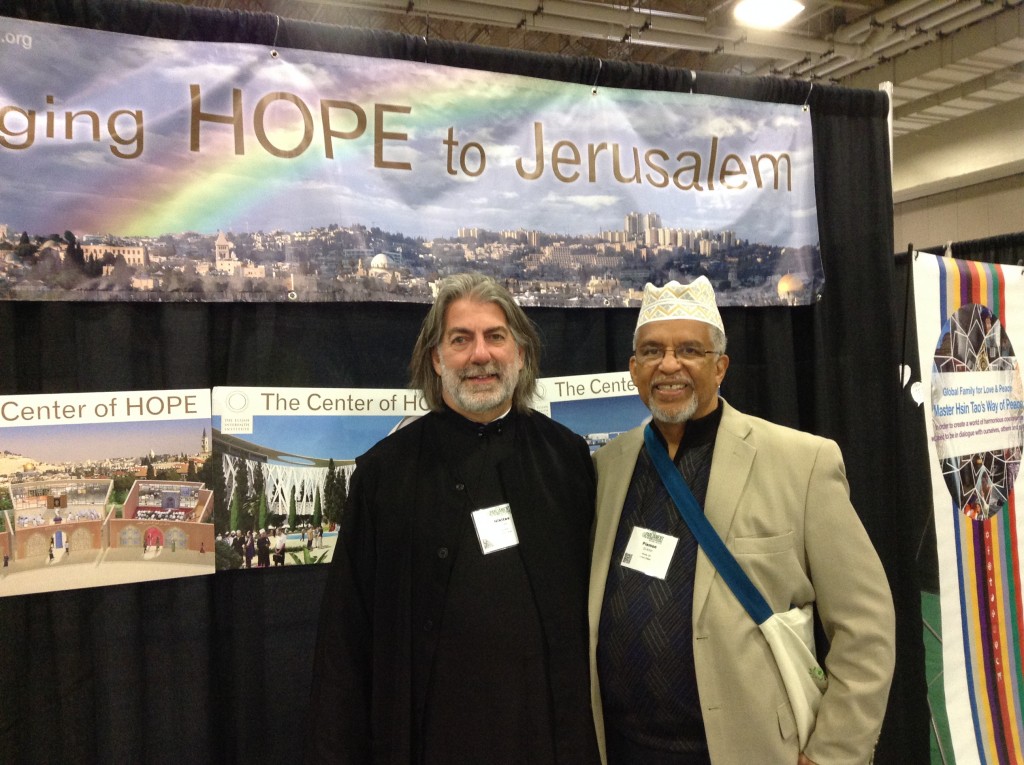 We hope that that the first “Praying Together in Jerusalem” event was the initiation of a movement that will grow. On the last Thursday of each month at the time for evening prayers, we plan to meet to pray alongside each other. This is more than a symbolic activity: those of us who believe in prayer as a means of transforming ourselves and our environment take our prayers very seriously. Instead of fighting over holy sites, we choose to engage in holy acts alongside each other, recognizing that combining our religious forces could be very powerful indeed.