The term entrepreneur or startup can take on different meanings.

In the case of Monika Rozalska she’s actually a bit of both. 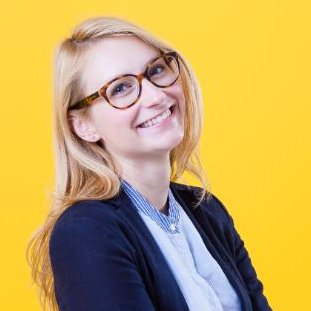 At the time, she served as the Deputy Directory of TheHive Ashdod by Gvahim.

I traveled to Ashdod to meet with Monika and her teams, did a seminar on startup PR and Strategic Communications, and conducted a day of office hours for her class on behalf of the Rackspace Startups Program.

At the end of the day, Monika was driving back to Tel Aviv, and she was kind enough to give me lift. En route, we were comparing life stories where she shared her story of a journey to Israel from Poland where she was from. Monika came to Israel not really knowing anyone, not speaking a word of Hebrew, and took a big leap by leaving behind what would seem to be a good life back at home.

She was, what I would call an entrepreneur of one, who went on to help impact many new startups.

Now, Monika is on to her next adventure.   And she’s doing the same thing again, but on a different scale.

Last week over coffee at Arcafe on Rothchild she told me the great news that she was joining a startup program of a different sort. She’s going to be the Program Manager for CREATE, powered by the VC firm, Terra Venture Partners.

CREATE is a collaboration between Terra Venture Partners, the Tel Aviv Municipality and corporate partners which include the like of Bosch, VISA, EDP and Leumi Card.  The program will take place at The Library, which is owned by the City of Tel Aviv.

The idea here to bridge the gap between large corporations that want to tap into brains and brawn of Israeli entrepreneurs, and tackle large scale issues facing these corporate partners.

If you come as a solopreneur, that’s fine. The CREATE team will take good care of you.

You’ll find plenty of problems to solve, and teams you can join. Ideas that are initially developed based on the directives of the program can secure up to $50K pre-seed funding after the first 2 months, and will have a chance to get up to $1M upon completing the program.

In either case, if you’re accepted, you’ll be under the guidance of Monika.

She’s been there and done it.

Monika knows how to help teams advance, and succeed.

And CREATE may be just be the place for you.

Apply now, as they are looking to start the June class.