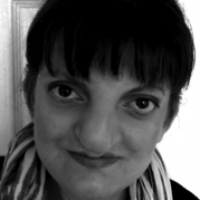 The Blogs
Monna Young
Apply for a Blog
Please note that the posts on The Blogs are contributed by third parties. The opinions, facts and any media content in them are presented solely by the authors, and neither The Times of Israel nor its partners assume any responsibility for them. Please contact us in case of abuse. In case of abuse,
Report this post.

“You’re interested in the Holy Land, aren’t you? Here!” A friend gave myself and my mother a leaflet. “A Full English Breakfast and an Invite to Hear a Woman’s Story of Her Visit from the Holy Land!” was emblazoned on the flyer for an upcoming church ladies’ breakfast.

My mother and I accepted the invitation out of curiosity, There was oddly no mention of Jewish people in the entire promotional literature!

The breakfast was outstanding. Full English: eggs, bacon, baked beans, tomatoes, toast, and large cup of tea. The talk began. Then I knew why Jewish people hadn’t been mentioned. Because in this speaker’s eyes, they were usurpers. They were apparently oppressors of the citizens of Palestine. They were soldiers, colonists, ethnic cleansers, merciless against tourists and any innocent random Arab they found. I sat open-mouthed and incredulous. I had just listened to a demonisation of an entire nationality, context-devoid version version of Israel’s precaution against terrorists, and a spiteful haranguing of all Israelis the speaker mentioned.

The ladies had been primed. Well fed, drowsy, and ready to listen, they gasped at every tense moment, mouths open, suckered in wholly and completely like children. The speaker elaborated on how poor the Palestinians were, and how Israelis had made them that way, and made sure their oppression was entire, complete, and absolute. There was no balance, no understanding of Israeli communities. Her mission was painfully obvious. She was there to push a politicised agenda onto the group of the church. It defied belief. This is how demonisation starts.

My mother spoke to the speaker afterwards and asked them if they had visited any Jewish families or communities out there. The lady replied that there had been no time but went on to talk about the Palestinian’s plight by the Israelis and the IDF. Then the speaker turned her back and left the room. My Mother tried to communicate again, but the speaker quickly got in her car and shut the door and drove off. This was the first time I had ever seen the Modern Jewish State condemned in such a vicious fashion in a Christian church before.

I was too young to understand or get the name of this organisation who ferried anti-Israel speakers to horrify well-mannered middle-class Christian women, and I’m sure it hasn’t stopped. Turning hearts and minds is a way of anti-Israel propaganda. Falsities must be challenged with true facts, contexts, and balance. Perhaps Christians whom love and know Israel for what it really an truly is, have a job on their hands to fight for the truth. We owe our fellow Christians the honest facts about our Jewish brothers and sisters against such truly vile distortions because this is how hatred/s and propaganda/s start! We’ve all seen what false information does.

Recognising the truth about Israel and educating ourselves is important. So is sharing balance and addressing inaccurate information that has the ability to harm understanding of a complex understanding of a situation of the Holy Land.

We owe our Jewish brothers and sisters this much!

About the Author
Born near Bucharest, Romania, Monna Young was adopted by a British family as a baby. With an insatiable love of reading and writing, she always enjoys writing and using it as a means of expression and communication. Her interests include politics, history and social commentary, having studied English, Medieval History and Sociology.
Related Topics
Related Posts
Comments