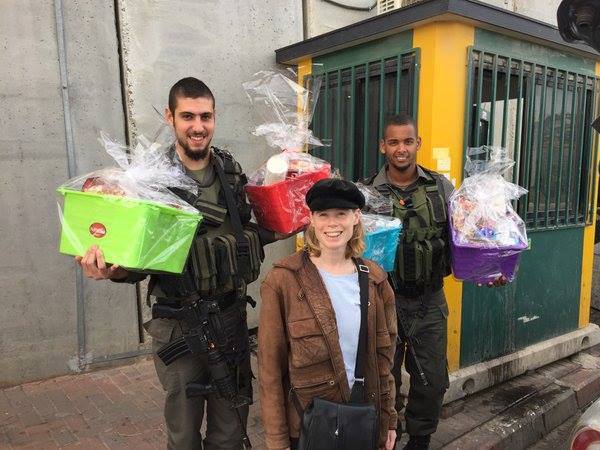 The Magen Avraham states that in Av we not only curtail joy, we eliminate it as that was the month when the Beit HaMikdash was destroyed.

How do we increase joy? On Purim itself we have a feast with good food and wine. We also deliver Mishloach Manot (food packages) to friends and Matanot L’Evyonim (gifts to the poor).

In Parshat Trumah, B’nai Yisrael are asked to bring gifts to contribute to the building of the Mishkan (Tabernacle). They are asked to give their most precious possessions knowing that they can’t be replaced in the desert. We see in Parshat Vayakhel that in fact both the men and women are honored to contribute. Although their possessions will not be returned to them, they find joy in the satisfaction of being part of the construction of the Mishkan. Although they are giving away material possessions they are rewarded with the spirituality that will rest in the Mishkan.

The same can be said when giving Mishloach Manot and Matanot L’Evyonim. Although we are physically giving something up, our reward is the satisfaction in knowing that we are bringing joy to others.

Rabbi Eliyahu Dessler, in Michtav Me’Eliyahu states: “Man has been granted the sublime power of giving, enabling him to be merciful, to bestow happiness, to give of himself. That which a person gives to another is never lost. It is an extension of his being. He can see a part of himself in the fellow-man to whom he has given. This is the attachment between one man and his fellow to which we give the name ‘love’. When a happy person is attached to God, they want to do good and make others happy.”

On Purim, each one of us is commanded to be both a giver and a receiver. As Rav Dessler explains: “He is the giver whose giving flows from the goodness in his heart and whose receiving immediately fills his heart with gratitude – in payment for whatever he receives.”

If these mitzvot are only observed on Purim, then how do we increase joy during the entire month of Adar (and this year over an extra month of Adar as well)?

One way is to start by thinking of who we want to give to and preparing our special gifts.

In Jerusalem, there are border patrol soldiers, both men and women who need to see our appreciation every day and especially on Purim. At the funeral of Hadar Cohen z”l the 19 year old female border patrol soldier who was murdered while protecting the Old City of Jerusalem, President Reuven Rivlin quoted Yishayahu 62:6: “Al Chomotayich Yerushalayim Hifkadeti Shomrim Kol HaYom Vikol HaLayla”,  “I have set watchmen upon your walls, Jerusalem, who shall never hold their peace day or night.”  President Rivlin explained that these words no longer refer only to the “shomrim”, male guards, they also refer to the “shomrot”, female guards putting their lives on the line to keep Jerusalem safe.

We must also keep in mind the poor elderly residents in Jerusalem, many of whom were founders of the State of Israel, who don’t have the money or the energy to prepare Mishoach Manot packages yet are grateful to receive them.

Adar is the time to get excited about Purim and spread joy and happiness to those around us.

To contribute Mishloach Manot for the Border Patrol Soldiers and Matanot L’Evyonim for Jerusalem’s Elderly Residents go to www.toratreva.org.