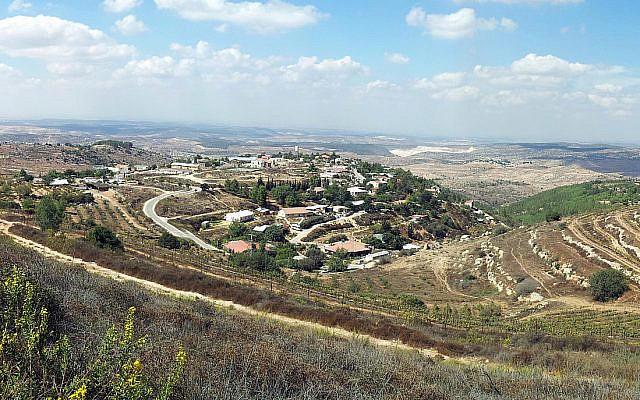 While Israeli leadership considers applying sovereignty to portions of Judea and Samaria, and the public rallies for and against that move, European states are having a meltdown.  Well, I think it’s time to look at the blatant hypocrisy of European Union members warning Israel against annexation.

Let’s start with the French as France recently urged the European Union to take punitive measures against Israel if it annexes anything.

That’s right, France — which has been ruling the 890-square mile Reunion Island, off the southeast coast of Africa, for more than 300 years. And the 144-square mile Mayotte Island for nearly 200 years. The area of the Gush Etzion communities is all of 45 square miles.

France, which has been occupying the five so-called “Scattered Islands” in the Indian Ocean in defiance of a 1979 UN resolution demanding that those islands be surrendered to Madagascar.

France, which in 1955 announced that the thousands of miles of what it calls “French Southern and Antarctic Lands” would henceforth be considered an official French Overseas Territory. By what right, exactly?

And France, the Grand Annexer, lectures Israel on annexation? How do you say chutzpah in French?

While it has one foot in and the other out of the European Union, England, too, has weighed in. The Brits are furious at the thought of Israeli annexation. Cabinet minister (and chairman of the ruling Conservative Party) James Cleverly told parliament that such Israeli action would be make it “harder” to achieve peace.

I wonder why the British never had such concerns when Jordan annexed all of Judea and Samaria — not just the tiny portion Israel is considering — back in 1950. In fact, England was one of only two countries in the entire world (the other was Pakistan) that recognized the Jordanian annexation.

So, it was OK for Jordan — a country that didn’t even exist until the British created it out of whole cloth in 1922 — to annex it. But not Israel, even though the area has been at the heart of the Jewish homeland for 3,000 years.

London is hoping the rest of us won’t notice that there are no less than 14 “British Overseas Territories” that they have forcibly made and kept a part of the British Empire — from the Falkland Islands (that Britain went to war with Argentina in 1982 over the latter’s claims to the islands) to Bermuda. Some are in the South Atlantic, some in the North Atlantic, some in the Caribbean — pretty much everywhere you look on the globe, you can find pieces of the old British Empire still in operation.

What are some of the other EU member states who presume to lecture and threaten Israel?

There’s Portugal, which annexed the 908 square-mile Azores Islands some 500 years ago. Spain, illegal occupier of the 3,000 square-mile Canary Islands since the 15th century. Greenland was forcibly made part of Denmark in 1814. Don’t forget Curaçao and Aruba, which were annexed by Holland, along with Saint Martin, Saba, and Bonaire. There are many more examples.

The issue is not just that these countries are incredibly hypocritical for haranguing Israel about annexation while themselves annexing any territory they can get their hands on.

No, the main issue is that France, England, and the rest have no moral, historical or legal right to annex those territories, while Israel has every right to incorporate the parts of Judea and Samaria under discussion. Those areas have been at the center of the Jewish national home since biblical times. Israel won them in self-defense and by international law has no obligation to surrender them. And they have only a small Arab population, so annexation— “reunification” is more accurate—poses no demographic danger to Israel.

So, here’s my message to the European annexationists that criticize Israeli annexation: Mind your own business. I mean that literally. Go attend to the business of convincing your own governments to release the many lands that they have occupied and annexed — and then you can come talk to Israel about the subject.