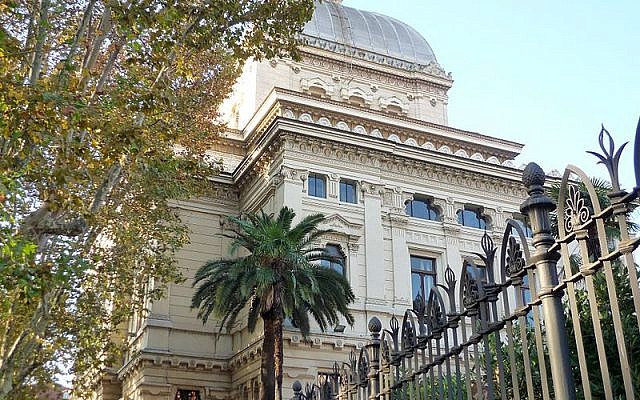 To date, two young lives were taken and another 13 people were injured on Sunday evening when a man opened fire on a popular street in downtown Toronto. This horrific scene is unfortunately all too familiar for those following news from the U.S. But, for Canada, this type of carnage is highly unusual.

Coincidentally, earlier that day, as my family and I flew westward home to Canada at 400 miles per hour, 32,000 feet above the Atlantic Ocean, I started thinking.

As someone who doesn’t relish travel, and yet having spent the better part of the last two weeks exploring central Italy with my wife and two toddlers, I was happy to be headed home.

Save for the expected challenges posed by long flights, changing time zones, language barriers, and occasionally cranky children, the trip was a welcome opportunity to explore the beauty and history of Italy and enjoy some quality time with my extended family. More than that, though, those two weeks served as a reminder for me — and as an opportunity to teach our children — how fortunate we are to be Canadian and to live in a country as (largely) peaceful as Canada.

Touching down at Leonardo da Vinci International Airport in Rome two weeks ago, we were quickly reminded we were a long way from home and that the security landscape in Europe was quite different than what we experience in Canada.

Shortly after arriving, we visited Rome’s Jewish Ghetto to have lunch and visit a local kosher bakery ahead of Shabbat. At the entry, we were met with a security presence significantly larger than anything we see in North America. There were police, to be sure, but there were also military personnel openly brandishing assault weapons. While comforted with the knowledge that they’re here to protect us, I was nevertheless struck by the notion that such a deterrent was deemed necessary on an ordinary day in July.

Most Diaspora Jews in Canada don’t live like this. We don’t think twice about walking to a local Jewish bakery or dining at a kosher restaurant. Except for the occasional (though entirely repugnant) antisemitic graffiti that rears its ugly head, and for the challenges posed by anti-Israel agitators that Jewish and pro-Israel students sometimes face on a Canadian university or college campus, most Canadian Jews live a relatively sheltered life. I’d venture to say most Canadians – Jews and non-Jews alike – go about their business in a mostly relaxed state of mind, generally unconcerned for their safety.

How fortunate we are.

To truly appreciate one’s own reality, it sometimes takes time away. That’s what this recent trip did for me.

In many ways, Europe today faces some of the challenges that Israel has confronted for decades. And, if it can happen in Italy, or France – or anywhere else – it can happen here too.

We must remain vigilant. We must remain united. And, as a community, we must work toward enhancing enduring relationships with government, police, and interfaith partners from across the spectrum, with the goal of ensuring a peaceful and secure future for the next generation.