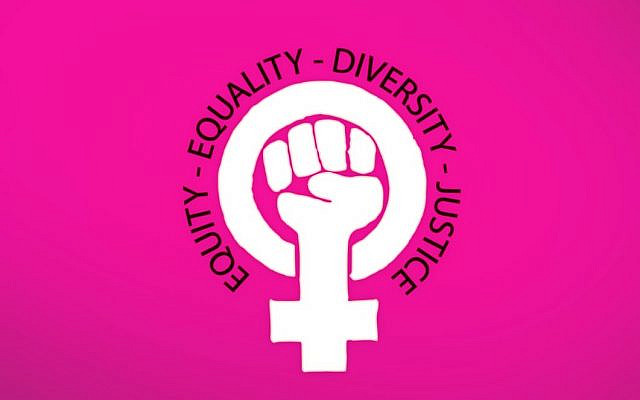 The very definition of basic feminism is “the theory of political, economic and social equality of the sexes, the total equality in all fields between any gender in the end”. Is it hard agreeing on this? Sounds easy, right? It doesn’t have to be harder than this.

There are countless offshoots of feminism. I’m not the right person to comment or judge them in any way. The feminist question is a topic only women owns – and/or people with a third gender depending on what feminism we are looking at.

And on the topic of objectification. Wow. We have a long way to walk. Why is there a Miss Universe competition? Why are there a store called Victorias secret? Why is buying sex for money or other things still legal in so many countries? Because we, the men if not encouraging this – at least we are passive bystanders in this struggle. We are the ones doing sexist advertisements on billboards. We are the ones dividing kids clothing sections in H&M or whatever clothes store you go to. It’s pink for the girls and blue camo for the boys. It still is. The year is 2020 and we haven’t done a damn thing to denounce this.

We haven’t denounced Donald Trump’s pussy grabbing, we haven’t denounced anti-feminist thoughts combined with racial bias – such as women with another skin colour in a prominent position receiving endless hate. That is by the way a simplified way of telling you what intersectional feminism is about. We men still to this day thinks that equality is when the woman takes care of the household while we men work – because it sounds equal. Let me tell you it is the complete opposite. Because at the end of the day the woman is dependant of her partner making the money, what happens when you divorce? Or when a woman hasn’t contributed enough to receive a decent pension?

Let me tell you what happens – further oppression because they are starving while we men fly on “vacation” to Thailand and surround ourselves with prostitutes. And let me tell you what happens when a woman wants to file for divorce – do you even want to read it? In so many cultures, countries and regions it’s the mans decision. It becomes a religious question. And what does any religion say? Yeah, you already know the answer. It’s the saying of the men. Because men are the religious decision-makers. We, the men are still in charge.

In some countries and cultures it’s totally fine to get a free walk out of jail card if you marry the woman or girl you as a man raped. That is some of the worst oppression one can think of. And no – I’m not moving into extreme Jihadi-Daesh-ISIS-Al-Qaida-India territory. This sh*t happens in front of our noses. In countries we visit, in countries we are at war with. In countries we are at peace with. And in our own country in ways you wouldn’t believe was true.

Unfortunately some countries seems to move backwards rather than making progress. Poland, among some other countries has made abortion illegal. In El Salvador a woman can get jailed if she has a miscarriage. In the meantime, we men can buy over-the-counter Viagra in order to get our sexual lusts fulfilled. At the cost of women. While women don’t get sufficient or equal treatment in hospitals for wounds and scars after sexual assaults and rape – we can get a boner and roam freely. And this is what we do. We men. Because we don’t say stop. We don’t stand up for womens rights. We don’t give a shit about #metoo. And when men are uncovered as sexual offenders – we men stand silent.

We men keep going like business as usual – without empowering what a woman can do. Because they can do exactly everything as a man can do. In every way, every field and in every profession without treating anyone different.

Is this ever so simple thought so hard to crunch down, swallow and stand up and say “YES – I want my wife, partner, friend, collegue, neighbour, teacher, doctor or cleaner to have equal rights in the rest of my lifetime?”

And I’m pointing fingers now at Poland, Hungary, Sweden, Israel, USA, Russia, Egypt, Iran, Swaziland, Chile, Germany and every other country on this planet. Because that is how life is for women on this planet. And we stand silent. I’m deeply ashamed for all of this, I don’t want to belong to the pussy-grabbers. I don’t want to be categorized as a silent bystander. Yet here I am. Watching. And trying my utmost best to just being a real Mensch. But I feel alone.