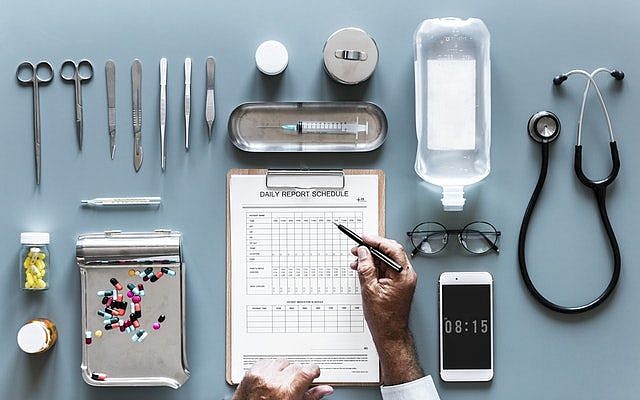 Medical tourism is growing very rapidly in Israel today. Earlier in 2018, the Israeli government had passed a bill that would regulate the industry, but it will not limit the number of medical tourists who can be treated at hospitals. There are around 30,000 visiting patients to travel to Israel each year, eagerly waiting to receive medical treatment. Of course, this influx of foreign patients could lead to longer wait times for domestic residents, and that is exactly what has happened. Israel’s medical industry had come under public scrutiny after it had been giving priority to foreign medical tourists abroad. Some doctors were even being paid under-the-table for their services.

Of course, medical tourism greatly benefits Israel’s economy, but the government had to step in to ensure people were not forced into unfair waiting times for their medical care. Israel’s medical tourism is significantly contributing to its medical industry, but so is its research in health and beauty. For example, just over a year ago, researchers at the Bar-Ilan University had developed a brand new facial serum that would allow doctors to insert a water-absorbing acid into the deeper layers of the skin. This development would negate the need for injections into the skin to prevent wrinkles and sagging skin. It is a well-known fact that the beauty and anti-aging industries are very, very lucrative with customers happy to pay whatever price necessary to look younger. HGH therapy and testosterone treatments are also popular procedures. Healthy hair and full beards are commonplace in Israeli culture, and not only in regards to religious observance. Beards have long been associated with Jewish culture; especially the more traditional, older Jewish culture. Religious Jews have been growing beards for centuries, and they, of course, continue to do so till today. Israeli Arabs can also be seen with their beards, and this trend is still prevalent among non-religious Jews today too. Companies have been catching onto this trend too, and have begun promoting their hair care and beard-related products to the Jewish community also. For example, you can find balms that are specifically designed around Jewish rites and festivals, such as marking the end of Sabbath.

Fertility is also another booming industry as more and more couples are delaying to get married and start a family. As a result of this delay, they are running out of time with their biological clocks to conceive a child, and this is where the research being made in the fertility industry would come very handy. Ben-Gurion University in Israel has been very busy working on a method to help assist in boosting fertility, by allowing even older men and women to have the potential of bearing kids and starting a family at a later age. It is believed that just one single dose of this fertility treatment developed at Ben-Gurion University would be a groundbreaking achievement in the fertility industry. By focusing their attention on a cell’s telomeres, researchers and doctors may have found a way for them to re-elongate the telomeres that will shorten as we age. This re-elongation process protects against cell damage and will increase the chances of fertilization.