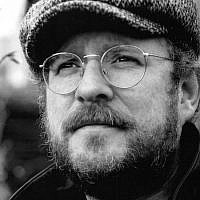 The Blogs
Vilhjálmur Örn Vilhjálmsson
Apply for a Blog
Please note that the posts on The Blogs are contributed by third parties. The opinions, facts and any media content in them are presented solely by the authors, and neither The Times of Israel nor its partners assume any responsibility for them. Please contact us in case of abuse. In case of abuse,
Report this post. 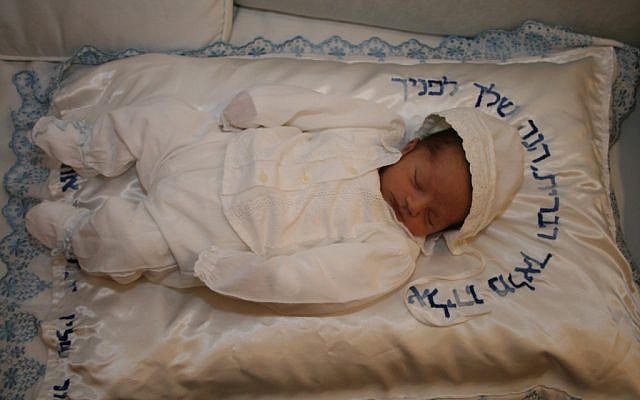 Illustrative: A baby after the brit milah ceremony (Gershon Elinson/Flash90)

Once again there is something very rotten in the State of Denmark.

At present, as with everywhere else around the world, COVID-19 is the most pressing problem in Denmark. But absurdly, during such a crisis, many Danish politicians have started reviving their plans to ban religious circumcision among Jews and Muslims. It’s a strange combination of extremes. Some of the politicians are for human rights, others just hate Muslims or Jews.

In 1943, it was ordinary Danes who rescued most of the Jewish population of Denmark by helping them reach Sweden. The Danish politicians of the time didn’t work toward that rescue. They were busy expelling Jewish refugees who were defined as a financial burden to the state. A liaison diplomat, C.A.C. Brun, in the Washington Embassy of Denmark offered to compensate Sweden for allowing Danish Jews to enter Sweden in 1943 and stay there until the end of the war. After that pecuniary promise was given to Sweden, which until then had denied aid to European Jewish children, the Swedes opened up its borders for Danish Jews fleeing in all types of boats.

Jacky Siegfried Wasserman (1937-42) was killed in Auschwitz together with his mother and his two younger siblings, after they had been expelled by Danish authorities from Denmark in October 1942.

Those advocating a circumcision ban in 2020 probably don’t care that Danish authorities expelled 21 Jews to Nazi Germany even though the German Nazi occupiers of Denmark had not demanded they do so. Three of the expelled Jews were children, who were later killed in Auschwitz. Back then, Jews were expelled by Danish authorities and sent to their deaths in Germany and Poland. Now their religion, customs and rights, bound in a Royal treaty from 1814, are under attack.

In 2020 more and more Danish politicians, due to ignorance, gullibility and prejudice, want to ban the ancient religious traditions of Jews and Muslims. By doing so, they will most likely eliminate the remnants of Jewish life in Denmark. The Chairman of the Danish Community in Denmark, Henri Goldstein, has defined the latest political demands for a circumcision ban as the most critical situation for the Jews in Denmark since WWII.

Danish alcohol production and consumption, which deliver massive revenues to the Danish treasury, kill many Danish children every year. Danish beer and booze has destroyed the youth of thousands of Danish children. Before attacking old religious customs of the countries minorities, why not work to solve the real problems facing the citizens of Denmark, like COVID-19, unemployment, increasing racism and alcohol abuse, that all affect Danish children?

The Danes are a small population in a modern Democracy that basks in the glory of an improvised rescue effort by brave, Danish civilians. Now, some of their politicians are in the process of destroying one of the few sources of pride during a bleak era when official Denmark collaborated with the Nazis, an era when thousands of young Danes joined the Waffen-SS, some of them participating in the killing of Jews.

Should it really be a Danish priority to make life difficult for its minorities? What do the Danes gain from that?

About the Author
Dr. Vilhjálmsson is a former senior researcher at the Danish Center for Holocaust and Genocide Studies in Copenhagen. He is the author of Medaljens Bagside (The other Side of the Coin), a book published in 2005 which revealed Danish authorities' expulsions of Jews in the period 1940-43 as well as their eager post-War efforts to get rid of Jewish refugees who made it to Denmark before WWII.
Related Topics
Related Posts
Comments