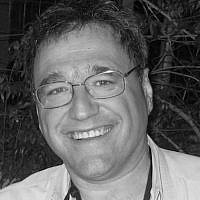 The Blogs
Ron Kampeas
Apply for a Blog
Advertisement
Please note that the posts on The Blogs are contributed by third parties. The opinions, facts and any media content in them are presented solely by the authors, and neither The Times of Israel nor its partners assume any responsibility for them. Please contact us in case of abuse. In case of abuse,
Report this post. 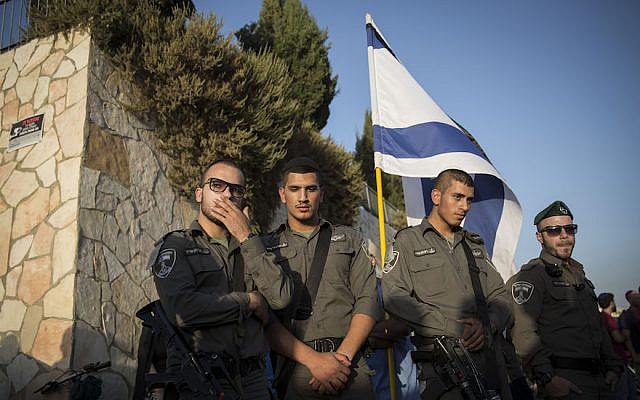 Soldiers attending the funeral of Alon Albert Govberg, who was killed in a terror attack in Jerusalem, Oct. 14, 2015. (Hadas Parush/Flash90) 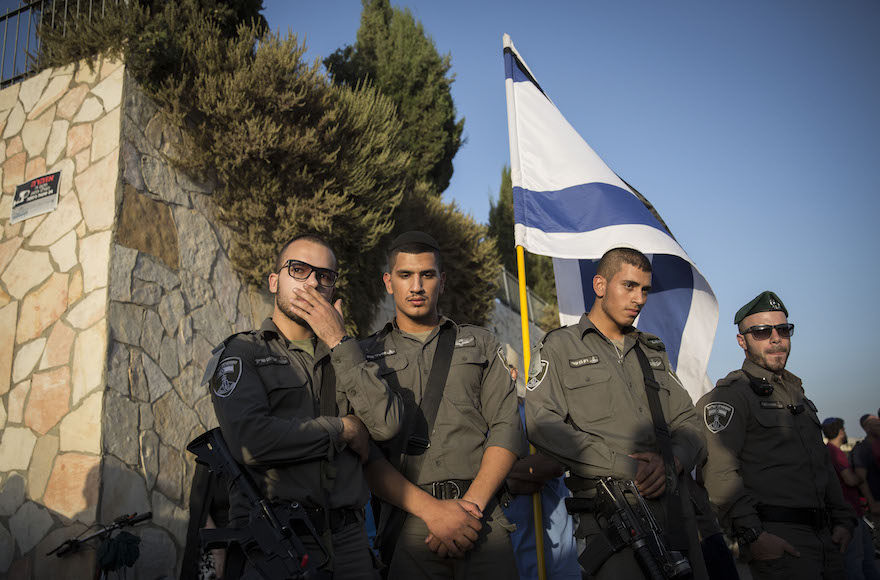 Soldiers attending the funeral of Alon Albert Govberg, who was killed in a terror attack in Jerusalem, Oct. 14, 2015. (Hadas Parush/Flash90)

Dirty, hot and exhausted Israeli soldiers waiting for their bus home from the army base tend, understandably, to be in a hurry to get on board.

But when I was living in Israel during the first intifada, or Palestinian uprising, soldiers didn’t jostle to be first in line. Rather, the most coveted position was second.

That’s because the bus driver had the right – under rules issued by the army and made clear to each armed soldier before she or he left the base – to order any soldier to sit in the front seat and remain alert. And the first one to get on board was the obvious choice.

If you’d just finished three weeks of training with rare interruptions for sleep and were looking forward to a snooze on the long trip home, this was definitely a downer. But it was necessitated by the rash of Palestinian terrorist attacks on bus drivers at the time.

One of the first things visitors to Israel notice is the ubiquity of young people with automatic weapons. Yet Israel suffers the tiniest fraction of the mass killings the United States does. Daniel Gordis, writing last year in a Bloomberg column, reported that Americans are 33 times more likely to kill each other with guns than Israelis. How is that possible?

The answer is couched in that front seat the Egged bus driver kept empty for a soldier.

It may not be immediately obvious, but the Israelis you see armed on the beach or at the cafe are just as subject to the army hierarchy and its regulations as they would be if they were on the front line or a base.

Calev Ben-David (an old friend) wrote this week in The Jerusalem Post about the differences between gun use in the U.S. and Israel. He noted that just 4 percent of guns in Israel are not military issue.

This means that the use of 96 percent of guns is governed by army rules of conduct. As a soldier, you’re answerable to a military tribunal if you break army rules and use a gun without orders — or if you fail to use a gun when you’re under standing order to do so. For example, if a terrorist boards the bus you’re being forced to stay awake on.

The training Israeli soldiers receive also helps keep gun violence down. When Gabby Giffords, the Jewish congresswoman from Arizona, was shot in 2011, an armed passerby recalled later to his own horror that he nearly opened fire on the folks who were restraining the gunman.

Donald Trump’s assertion that a club full of armed French concertgoers would have headed off last year’s Bataclan massacre is belied by the chaos engendered when shooters lack training – not just in proper shooting of the weapon, but in identifying when and where it is safe to shoot.

This is why current and former military officers, even right-wingers among them, have been appalled by public support for the soldier in Hebron who in March allegedly shot an attacker after he was subdued. As much as killing a subdued man is wrong, in Israel’s military culture, using a weapon outside the command structure is equally taboo.

In some ways, then, Israel is the “well regulated militia” promised by America’s Second Amendment. That component of the amendment, however, has all but been ignored in recent American court rulings.