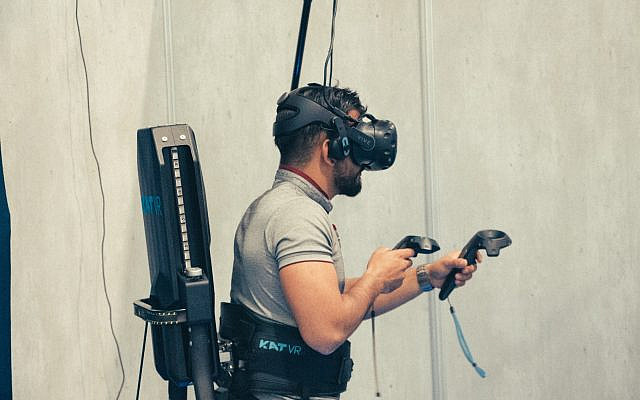 Israeli tech may be best known for creating world-leading cybersecurity solutions, but there’s a lot to be said for the startup nation’s burgeoning augmented reality landscape and how it’s driving positive change around the globe.

Recent data suggests that Israel’s tech landscape is going from strength to strength, with a Catalyst Investments report stating that unicorns established since 2008 have taken less than half the time to reach their golden $1bn valuation compared to their pre-2008 counterparts. Likewise, IPOs, mergers and acquisitions reflect the same pattern.

Now, as Israel shifts from life as a ‘startup nation’ to that of a ‘scale-up nation,’ the time it’s taking for new companies to grow – and even to unicorn – is decreasing at a significant rate, according to a report from Jonathan Cohen of Catalyst Investments.

As data shows, we can see that significant levels of investment enter into the security and healthcare industries in Israel, but this windfall for startups is inadvertently helping another sector to thrive within the country: augmented reality.

With the many applications of augmented reality – particularly within the realm of healthcare, Israel is already becoming an innovative player in developing more practical use cases for the burgeoning technology.

In early 2021, we saw AR in action like we’ve never seen it before as surgery led by Prof. Samer Srouji of the Galilee Medical Centre’s Center for Oral and Maxillofacial Surgery led to a pioneering operation to repair a fracture of the floor of a patient’s eye socket using a combination of augmented reality and 3D technology.

As a result of their injury, the patient had been suffering from double vision and severe impairments of the symmetry of their eyes.

To perform the surgery, the medical centre created a plate based on the patient’s computerized tomography (CT) scan. The plate specifically replicated the shape of the floor of the patient’s eye socket. Then, with the help of an augmented reality ‘projection’ of the healthy side onto the injured side of the face, 3D printing software managed to build the perfect model of the patient’s skull.

“The innovative technology utilizing a 3D printer and augmented reality resulted in both a particularly accurate execution of the operation and a significant reduction in time,” Prof. Samer Srouji explained to Israel21c.

“This technology will contribute to improved clinical outcomes and reduce repeated imaging and surgeries. We feel great pride to be at the forefront of and lead in this global technology.”

In the case of Galilee Medical Centre’s pioneering surgery, we can see clear evidence of how healthcare startup investments across Israel are leading to the accommodation of innovative technologies like AR and their implementation in helping to provide care to those who need it most.

Israel has become a key figure in the development of augmented reality solutions to help drive digital transformation across a range of industries.

In the world of marketing, Israeli startup Mixed Place has been driving progress by creating a technology infrastructure that enables companies and advertisers to win customers through AR solutions.

The technology can help to create a 3D overlay on top of real-life where users can experience immersive advertising whilst interacting with objects in their line of vision. This form of augmented reality can be created via AR glasses, with the relevant tech discreetly placed within frames to provide a natural look similar to everyday glasses.

Mixed Place CEO, Alon Melchner, offers an example of the technology his company harnesses by asking us to imagine shopping inside a futuristic Nike outlet.

“We can create a virtual salesperson that knows when you’re getting closer to the store and can guide you in,” Melchner says. “Through your phone or smart glasses, you’ll see shoes personalized for you on the empty table. You can rotate them, change the colors and then make your order.”

While Israeli tech firms like Mixed Place may be making waves in the world of marketing, other domestic companies may be primed to become part of the next everyday wearable. Ness Ziona-based startup, Lumus, has been working closely with Lenovo over recent years, and the company’s transparent AR displays have become a pivotal feature in Lenovo’s augmented eyewear developments.

The technology itself is similar to that of optical fibres, and is capable of delivering a full HD experience for wearers as well as a 40-degree field of vision.

The examples of both Mixed Place and Lumus are two of 50 augmented reality startups that are growing within Israel’s favourable conditions for scaling businesses.

With augmented reality eyewear set to become much more mainstream over the course of the coming years, we’re likely to see more Israeli tech leading the way in global innovation.

About the Author
Dmytro is a CEO of Solvid, a creative content creation agency based in London. He's also the founder of Pridicto, a web analytics startup. His work has been featured in various publications, including Entrepreneur.com, TechRadar, Hackernoon, TNW, Huff Post, and ReadWrite.
Related Topics
Related Posts
Comments
Advertisement