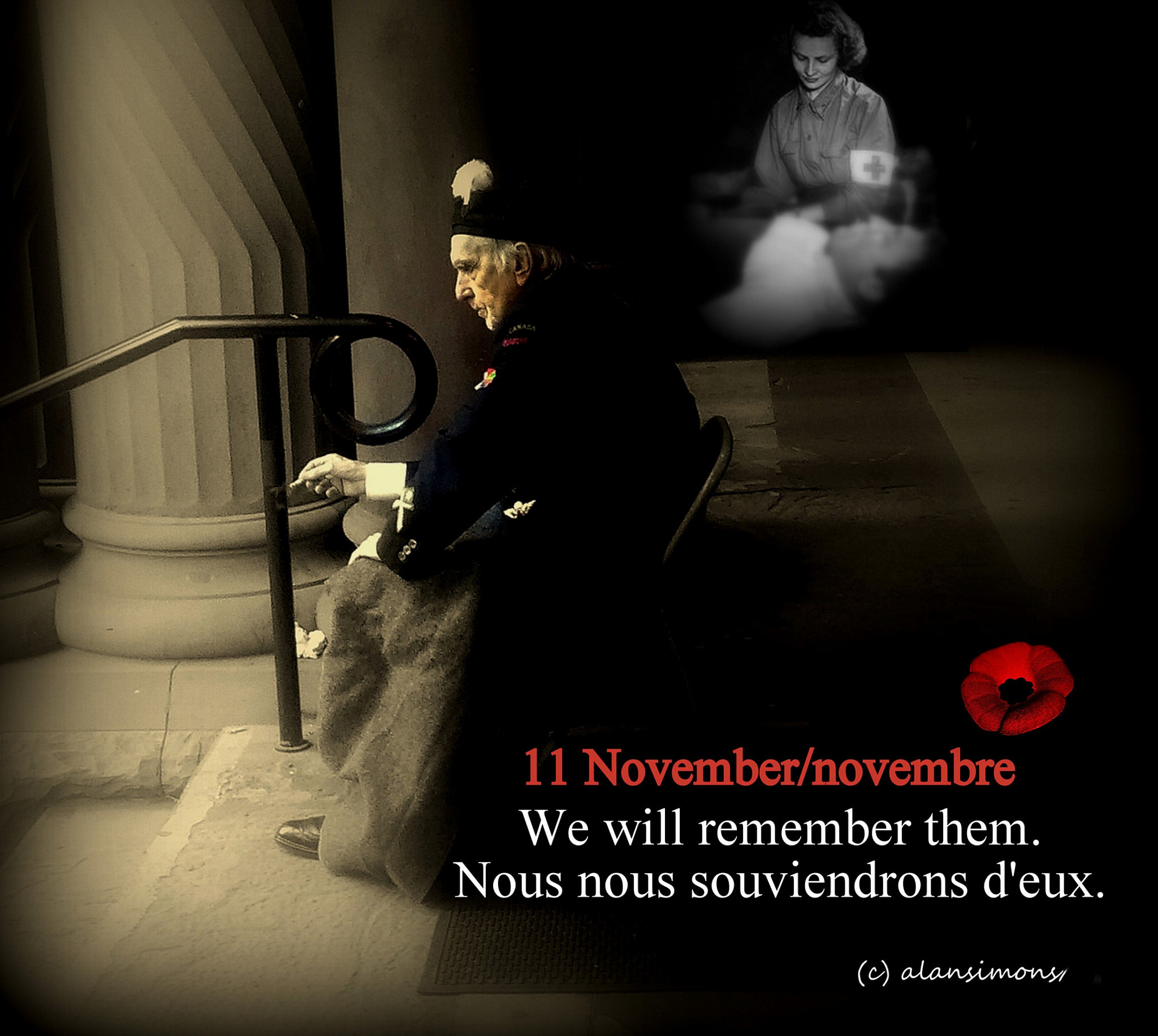 TORONTO. 11 Nov. 2021 – I wonder if our current multi-culture society is effected in the way we honour our military veterans and war heroes?

Our military of past wars and current deployment locations, combined with our surviving Holocaust and genocide victims, share a common denominator. The act of Remembrance. How many more years will we remember them with the dignity and respect they all deserve?

“The soldiers had arms missing, legs missing, pipes and gadgets holding their faces together – it was the sight I was not prepared for…that’s when the movie ended, and the reality of war set in.”

Perhaps for the majority of us, the movie has just begun. 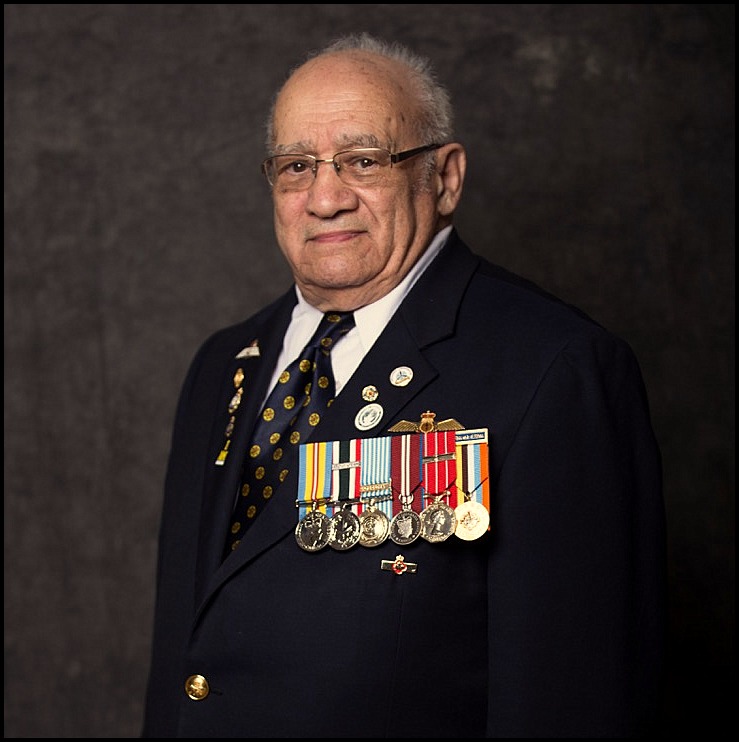 As Jews, especially at this time, we collectively need to remember and proudly stand up and be counted more than ever before!

As for me, I will not only be thinking of my family members who served their country proudly and with distinction, but I will honour all of our vets and civilians in gratitude for their sacrifices. I will also be thinking about my children and grandchildren, those far too young to have personal knowledge of the ravages of war.

During WWI, my grandfather, Louis Cohen, served in the British Army fighting in the trenches in Belgium. He somehow managed to survive, never to speak of his ghastly experiences until a few hours before he died in the 1970s.

During WWII my dad served in the Royal Air Force. His brother served in Europe and North Africa, where he was a tank driver. Both my dad and my uncle survived.

My sister’s partner flew the Hampden known as the flying suitcase, which alongside the Whitley and the Wellington was the backbone of Bomber Command at the outbreak of war in 1939. He was shot down on three separate occasions over enemy territory and captured. As a POW he escaped three times, was sent to Peenemünde, Stalag Luft III, where he played an active part in Operation Escape 200 (The Great Escape), Oflag IV-C (Colditz) and finally as a POW he was sent to Bergen-Belsen, the Nazi concentration camp. He survived.

Many years later he found a photo of the Hampden at an aircraft museum. My sister had it framed after her partner wrote on the back of the photo:

“The last of 20 bombing operations over Germany. Operation Wilhelmshaven. Delayed action pencil slim armour-piercing bomb, a Barnes Wallis experiment. We didn’t make it. ‘Jerry’ was waiting for us with flak and a Me 109.”

It was a suicide mission from the outset. Remarkably, he survived the crash. Every one of his crew died.

With exception of my great uncle David, they all withstood the horrors of war, all in their own way, all with their thoughts and memories remaining shut to their family and friends for most of their lives. Our heroes. Our loved ones.

As a young boy living in London, England, I always accompanied my dad and uncle to the Remembrance Day Service and Parade held each year in November by AJEX, The Association of Jewish Ex-Servicemen & Women. Literally, thousands attended. Proud Jews. Proud to be British. Proud of serving their country. There they were, all together, Jewish men and women of rank and file, with the VC, the GC, the DSO, the MM and DFM as well as a plethora of Croix de Guerre and Légion d’Honneur recipients.

Thursday 11 November, we remember those who died for us. They came from every background, every religion and every culture. 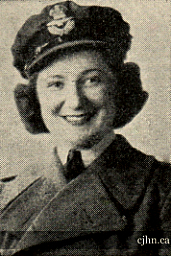 A number of years ago I received an email from Janet Chernin, of Nova Scotia, Canada, who told me her aunt, Section Officer Rose Jette Goodman  (l) of New Glasgow, Nova Scotia, was the first member of the Women’s Division of the Royal Canadian Air Force to lose her life on active service in World War II. She was just 23 years of age. The New Glasgow News wrote of her passing: … “She made her choice; she has given her life for her country.  She served—and died—that men may fly. That we may win this war.”

Not to diminish the respect of our military heroes, there is another segment of society we should remember. The women, men and children of many countries who experienced the onslaught of the bombs on their houses and towns in which they lived and died.

Toronto author Kitty Wintrob (née Simmonds) tells the captivating true experiences in her book, I’m Not Going Back: Wartime Memoir of a Child Evacuee. “Swept up as a girl in the greatest civilian evacuation in British history, Wintrob has written a ‘heartfelt memoir’ of her time in the British countryside and her determination to return home to London during the War.”

Wintrob, a spirited 10-year-old girl, was one of the child evacuees who was sent to the British countryside to live with a Christian couple while attempting to maintain her Jewish identity in an alien world. She was determined to escape from her newfound family and return to her mother in London at a time when the Blitz began.

Elie Wiesel once said: “Mankind must remember that peace is not God’s gift to his creatures; peace is our gift to each other.”

Let us reflect on Elie Wiesel’s message and recognize that all our children and grandchildren are part of our innermost self.  And let us remind them that as adults we are here to safeguard their future against the antisemites, the Islamophobes and the sick and demented racists of our society. And let us do our utmost to pass on to them the factual stories of our military heroes who risked their lives to defend us, as well as the stories of the Kitty Wintrobs, while we can still remember the significance of the poppy before it might wither for good.

About the Author
Simons is an author, writer and social advocate. He publishes an online international news service, now in its 15th year, dealing with issues relating to intolerance, hate, antisemitism, Islamophobia, conflict, and terrorism. As a diplomat, he served as the Honorary Consul of the Republic of Rwanda to Canada, post-genocide era. He has lectured and designed courses in the areas of therapeutic management, religion in politics, and communications. He has just published his fifth book.
Comments