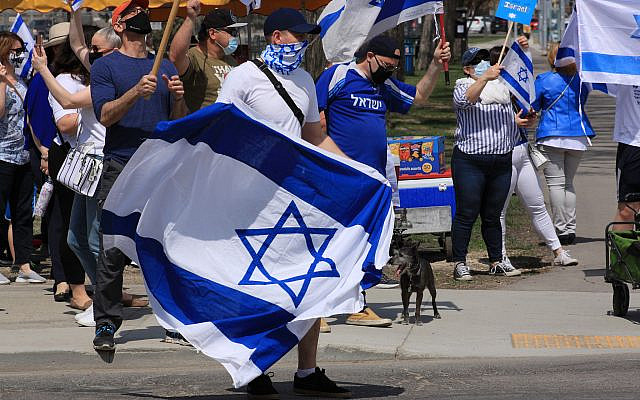 Photo by Chris Hearn on Unsplash

TL;DR: The memorial day of Tisha b’Av was always meant to be more than a day of mourning; it was meant to affect our behavior and have us act differently than we did in the past. In Exile, the behaviors we focused on addressing through Tisha b’Av were interpersonal. Now that we have a State, the behaviors we need to focus on through Tisha b’Av are public and political. Reviving Tisha b’Av as a political memorial and a tool for public engagement can help us ensure our third sovereignty lasts as long, or longer, than the last two.

Tisha b’Av was never meant to be just another fast day. It was meant to be a tool for national rebirth. The day of memorial was instituted for a purpose following the destruction of the first Temple in 586 BCE to remind the People of Israel that it was our actions that led to the Temple’s destruction. Since then, many of us have kept the fast from Sundown to Sundown to never forget that although the physical act of destruction was caused by outsiders, the responsibility for our exile lies within. Tisha b’Av, however, is not a collective punishment for the sins of our forebearers; it was designed as a tool, intended to remind us of our previous failure so that we would act better in our future.

The fast of Tisha b’Av is not collective punishment for the sins of our forbearers; it is intended to remind us to act better in our future

For the past 73 years Israel is no longer in Exile and fewer and fewer of our People mark Tisha b’Av. One can understand why: for thousands of years we prayed for a third chance to live free in our land, and for nearly a century here we are. Since the founding, Israel’s largely secular premier leadership sought to forget Tisha b’Av, arguing that it was time to move on from the destructions past now that we live free in our own State.

As Israel matured over the past few decades, and traditional values became more mainstream, political and civic leaders sought to re-establish Tisha b’Av as a day for civic engagement to mend inter-communal ties. Their goal was to fight the baseless hatred that was brewing in the 1990s between Israel’s tribes. Baseless hatred that led to the murder of Yitzhak Rabin. As a young adult in the late 1990s, I joined as many of these secular-religious gatherings as I could, with the hope of learning from the past so as not to repeat it.

A quarter century later and the more things changed, the more they stayed the same: as the Israel Democracy Institute’s 2020 Democracy Index showed, Israel’s citizens are nearing the lowest point of social solidarity in our short history as a political community. It seems to only be getting worse. The raging derision and loathing spilling out of the opposition by the deposed former prime minister and his allies is threatening the very unity of our people in Israel. Internationally, Israel is losing support among diaspora Jews, as more and more of them buy the big lie that Israel is an apartheid state without a right to exist. We seem to be talking with one another less, and screaming at one another more.

Zooming out, interestingly enough, this challenge to social solidarity and faith in democracy does not seem to be unique to Israel. The US just had a failed insurrection. Britain seems to be imploding. India has been reclassified as no longer free. As the Economist reported, global democracy has had a very bad year. Government failure to contain the pandemic has accelerated an erosion in the idea that democratic governments actually represent the citizens that give them their legitimacy. Over time we’ve seen how the political class worldwide has become more removed from the citizenry, causing citizens to lose faith in their leaders, reflected in a reduction in electoral participation.

Our inheritance of Tisha b’Av can save us from this general decline. To ensure our third attempt at sovereignty lasts more than a century, we should reclaim Tisha b’Av and recontextualize it from the spiritual to the political, from the theoretical to the practical. I believe the best way for us to leverage the tradition of Tisha b’Av is to use it as the culmination of an annual national introspection into the state of our People and our State.

A Zionist approach to Tisha b’Av would recognize the memorial as the coda to a period of reflection marked by the three weeks between the 17th of Tammuz and the 9th of Av. During these weeks, all parts of Israeli society should be recruited to participate in a national conversation about the challenges we face and the collective actions we need to take to meet those challenges. On Tisha b’Av itself, alongside fasting and reflection on Lamentations, we can review the results of this annual reflection, and pledge ourselves to working to meet those challenges in the year to come.

To put this into practice, we can learn from the excellent example of the work done by the digital ministry of Taiwan, led by Audrey Tang, to break down barriers between citizens and give a chance for every person to be heard. We can develop a set of hybrid online/offline national institutions that transcend the once-in-a-while election cycle to ensure civic involvement becomes a regular aspect of daily life. We can model the give and take of communal life through dialogue and accountability and break the us-versus-them factionalist spirit that has captured democracies.

By engaging in the active practice of addressing internal challenges to our unity through such public conversations we will be able to translate the purpose of Tisha b’Av into our present reality. If we are to ensure our State survives internal strife we need to be relentless about such reflection, and address those problems that threaten our unity before they become insurmountable.

Tisha b’Av, and the three week period that leads up to it, gives us the perfect opportunity for regular reflection and improvement through collective, democratic action. There is no better way to avoid a third exile than having an annual memorial day devoted not to celebration but to open-eyed introspection on a broad-based public basis; a day that enables citizens across Israel to express their concerns, to share with their representatives what their top grievances and issues are, and to open dialogue to build shared visions for how to overcome those challenges, together.