I have always believed and upheld that the world’s religions provide humanity with ethical standards, with guidelines for successful interpersonal relationships, with awareness of the spiritual dimension that gives rise to feelings of awe at the marvels of creation, with a sense of purpose of existence and with a connection to the unity of all being. Religion provides hope and having hope in the future should prevent desperate behavior. 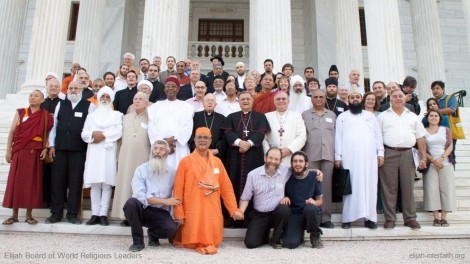 However, I need to acknowledge that religion has also given rise to a sense of superiority and self-righteousness, a belief that one segment of humanity has a closer connection to the Divine than others, a conviction that some know precisely the will of the Creator –in short, to extremism, prejudice, hatred and justification of oppression and violence. My own religion, Judaism, is not exempt from such excesses. We have seen them all too clearly in Israel in this past week. So, I want to renounce religion.

If ‘religion’ means absolute certainty that a person knows what God intends rather than humility that we cannot fully understand the divine will, then I don’t want religion. I have always understood religion as the human attempt to reach out to the Divine – to feel blessed by the ability to reach from our insignificant and temporal selves towards that which is beyond time and place. Religions distinguish between the Creator and the created, between the Praised and the praising, between the Legislator and the follower of the law. The former knows and understands the human mind. Humans are incapable of fully comprehending the Divine will. We can only do our best. A religion that makes the claim that it has fully deciphered the Divine will is not, to my mind, any longer serving its primary function to infuse humanity with humility and to help us appreciate the greatness and generosity of a God who cares about us.

If ‘religion’ means pride in oneself and one’s people as opposed to pride in being a good person, then I don’t want religion. There is nothing wrong with loving one’s own people but there is something quite flawed in not appreciating that all humans are created in the Divine image. When we are told to ‘love our neighbor’, does it imply that we should hate someone who is not our neighbor? When we are told to ‘protect the stranger’, does our protection only extend to the strangers who conform to our ways? I reject entirely any idea that God created some people more worthy of love and protection than others. I reject an interpretation of religion that says that the special bond, the covenant, that we have with God, is the only covenant. That would suggest that God’s abilities are limited, that S/he can only have one relationship, which is totally incompatible with my understanding of God.

If ‘religion’ means love for one’s own nation or land as opposed to love for God and all of creation, then I don’t want religion. A midrash (Rabbinic aphorism) asks why God only created one human, Adam, on the 6th day instead of populating the earth with humans. One answer: so that if someone says that ‘my ancestors are greater than yours’, we can answer that ‘we all have the same ancestor’. All humans descend from Adam, who was created in the image of God. Another midrash says that Adam was placed in the Garden of Eden to tend it because humans are supposed to protect the environment and appreciate the brilliance of the creation and the interdependence of species. Psalm 104 that we sing for each new month reminds us how amazing the natural order is and links our ability to appreciate this world with our responsibility to wipe out sin. Love of one’s land is thus very important but it is within the context of a wider love of all land and all the world’s occupants.

If ‘religion’ means there is room for hatred before there is room for compassion, then I don’t want religion. Religion can legislate correct behavior for its followers but it needs to have a place for forgiveness for those who falter in one area or another. I had always understood religions to preach compassion, forgiveness and love. Surely these virtues are not intended to be given only to those who have no flaws – because then we would have no-one on whom to bestow these gifts. They are to govern the way we relate to everyone. Imitating God means loving and protecting those who are not perfect.

Yet what am I to do? I belong to a nation where religion is intricately intertwined with identity and I am a person of faith. I am a follower of Jewish teachings and a member of the Jewish people. So can I renounce Religion? I don’t want a religion that sets my beliefs against those of others and claims unique access to Truth but many of the things that are true for me would be defined as my ‘religion.’

As a believing Jew, I cannot and will not deny the chain of my inheritance from Abraham and Sarah. I will always hold in my heart and mind that God broke through into history and revealed Him/Herself at Mt. Sinai – and my soul was present there. I inherited certain obligations and a marvellous literary and oral heritage. I will not discard them. I treat the mitzvot (commandments) seriously, attempting to find the appropriate application of them in contemporary Israel. I try to follow Hillel’s juncture not to do unto others what I would not want them to do to me; I am teaching myself to love my neighbour as myself.

I continue to follow the laws, rituals and traditions that my religious tradition has taught me because I believe that they help me develop my ethical standards, my appreciation of what is important and a relationship with the Transcendent. I not do those things because I define them as my ‘religion.’ My ‘religion’ is not separate from my humanity and my identity and it cannot become my excuse for hatred, oppression or violence of any sort. I am responsible for my choices.

We need to protect ‘religion’ from being hijacked by people who have lost sight of what faith and hope are all about. It must not become a power-structure, where those at the top claim unique access to Truth and the ability to absolve their followers from responsibility if they blindly obey, because then, rather than enhancing an individual’s quest for meaning, it deprives one of it. Such versions of religion abound and they have failed me and others like me. 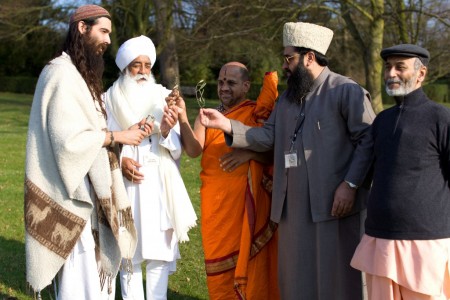 However, there is another type of religion that manifests the qualities of compassion, love and hope. This is exemplified in the lives of the members of the Elijah Board of World Religious Leaders and their followers, who reach out to each other to give and receive spiritual support. They, in turn, have been inspired by great figures throughout history whom we are calling “Religious Geniuses”, people like Rav Kook, Mohammed al-Ghazzali or St. Gregory, who have had a profound impact within their own faith traditions and whose messages are universal. They teach us that if Religion, the human attempt to link to the Divine, loses its humanity, it loses its spirituality.

Peta Jones Pellach is a fifth generation Australian. She made Aliyah in 2010 and took up her position as Director of Educational Activities for the Elijah Interfaith Institute. She has visited places as exotic as Indonesia, India, Iceland, Poland and Morocco to participate in and teach interreligious dialogue. She is also a teacher of Torah and Jewish History, a Scrabble fanatic and an Israeli folk-dancer.