Israel has global recognition as  the  “Startup Nation,” of the world, with the largest number of startups per capita anywhere. Not only that, Israel is also noticed for building better-than existing products through its startups. With one startup for every 1,400 people in Israel’s 8.5 million population, the country has around 6000 active startups and  tech-related businesses like Ramotion, a branding and product design agency, where multidisciplinary digital product experts focus on branding, UI/UX design, mobile and web development. Jon Medved, CEO of OurCrowd, a Jerusalem-based investor platform, said “We don’t have huge natural resources, so we have worked hard to develop our skills-base in the country.”

Therefore, it is no surprise that the 2019 Global Startup Ecosystem Report (GSER) by Startup Genome included Tel Aviv  among the six cities identified as tech hubs, after Silicon Valley. The other tech hubs are New York City, London, Beijing, Boston, and Shanghai. These are the earliest of the 30 “next hubs” that are expected to have less density than Silicon Valley, but will steer past the “critical mass”.

They initially focused on cybersecurity, Artificial Intelligence (AI) and big data. As these tech hubs took off and rose toward the stars, Israel chose global food and nutrition as its next frontier on innovation. According to Israeli non-profit Start-Up Nation Central (SNC), Tel Aviv launched over 350 food-agri startups focused on “deep tech” innovation, during the past decade.  This helped to position Israel as a key player in the food-agri tech sector, with a recent estimated industry value of $8.7 trillion.

This places Tel Aviv as second only to Silicon Valley, with entrepreneurs across the world, competing to connect with Israeli innovators.

It is widely believed that Israel’s focus on technology started seriously only in 2012. However, as early as 1998, Newsweek named Tel Aviv one of the ten technologically most influential cities in the world. By 2010, Israel had 140 scientists and technicians per 10,000 employees – one of the highest ratios in the world. And in 2012, an international study ranked Tel Aviv second only to Silicon Valley, as the best place in the world to launch a high-tech start-up company.

The achievements of Israel as a tech industry has brought in their wake, huge, enviable profits. For instance, money raised by tech firms in 2019 was $8.3 billion, a 30% increase from 2018. From 2010 to 2019, they raised a total of $39.1 billion. Shmulik Zysman, a tech industry leader, said, “2019 marked a record year, capping a decade of successive increases in capital invested in the Israeli high-tech industry.” Investments ranged from software and the internet, to life sciences and semiconductors, with increasing foreign capital investments in the tech sector.

CEO of Ramotion, Denis Pakhaliuk, with extensive experience in design and digital media business, said, “We also believe that design is a process. It becomes meaningful after it is used and iteratively improved. That’s why we are huge fans of Time and Materials approach when we work on any given project just as long as it evolves.”

Moreover, despite the global economic woes of 2020, Israel’s raising of $1.2 billion of new equity in September alone, smashed records of the most amount of money raised in a month.

Money for Tel Aviv’s tech sector was raised unabated in 2020, even as a global economic meltdown appeared as an inevitable response to a rapidly rising pandemic. Startup advisor, Hillel Fuld, said, “In Israel I feel like we’re always in survival mode. So, when there is a global crisis, we don’t necessarily buckle under the pressure like many other places. We thrive under the pressure and we flourish.”

Venture capitalist, Edouard Cukierman  sees Israel’s highly skilled workforce  powering the high-tech economic engine, as primarily responsible for luring international investors. “Technological entrepreneurship has turned us into a regional and global influencer,” he said.  In fact, around 85% of funds invested in Israeli startups comes from overseas, mostly from the U.S., but also from Europe and Asia.

CEO of Ramotion, Denis Pakhaliuk, said, “We are really lucky to work with some of the best people from Silicon Valley. But only some of them can communicate the real goals. Otherwise, you have to identify them yourself before jumping into the project.”

Founder and Executive Chairman of international venture capital firm, Jerusalem Venture Partners, Dr. Erel Margalit, said, “Israel has been a case study for how innovation can change a country and transform the world.”

Even as Tel Aviv’s level of technological sophistication is widely displayed, its foundation could not be clearer. Tel Aviv’s goal is to provide its residents better access to services for an easier life. Once that fundamental goal is accomplished, it is followed by personalization, community development, and partnerships between citizens and government follow. It is as much about leveraging technology, as about ensuring people have what they need for a connected future.

Former President of Israel, Shimon Peres, once said, “In Israel, a land lacking in natural resources, we learned to appreciate our greatest national advantage: our minds. Through creativity and innovation, we transformed barren deserts into flourishing fields and pioneered new frontiers in science and technology.” 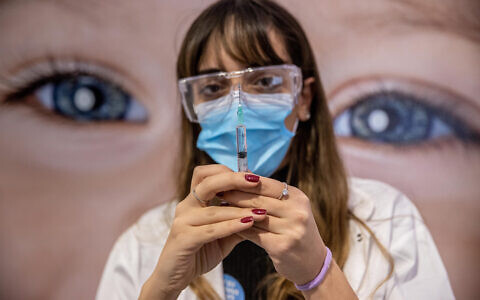 In week after 2nd Pfizer vaccine shot, only 20 of 128,000 Israelis get COVID
Nathan Jeffay 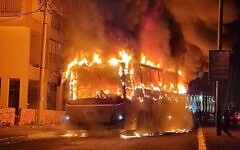 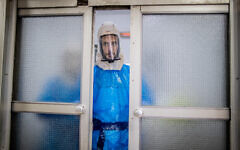 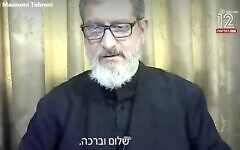 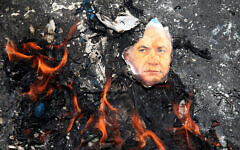 US wants to hear out allies on Iran. Netanyahu girds for fight unless it listens
Jacob Magid