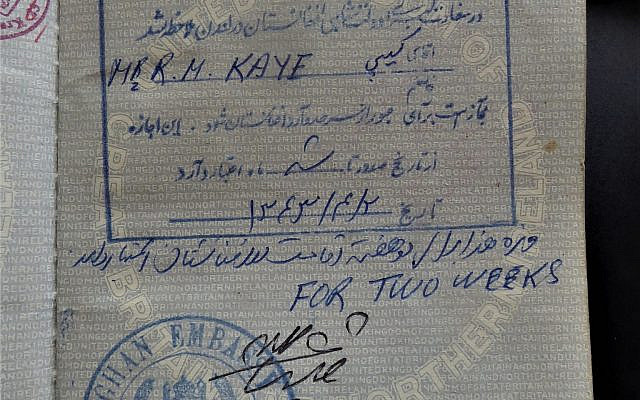 Not that long ago, 1965 to be exact. I set out for Afghanistan. Fully equipped with my visa, issued at the Royal Afghan embassy in London and valid for a two-week stay, I set out travelling by the only way I could, hitch-hiking. I did not get there.

I had just finished university and had a long summer ahead of me waiting for the results of my final exams. I had read about Afghanistan, and it sounded like a country I should visit. Perhaps I would be lucky and see the Khyber Pass.

The Khyber Pass is a mountain pass on the border between Pakistan and Afghanistan. It connects the town of Landi Kotal to the Valley of Peshawar at Jamrud, traversing the Spin Ghar mountains. How could a 22-year-old resist such far-away places with strange-sounding names, as Bing Crosby put it. I had certainly read all about them in a book that I took from the library. If it was good enough for Cyrus, Darius, Genghis Khan, and the Mongols, it was good enough for me.

Back in those days, hitch-hiking was a respectable way for a student to get around. People were kind and generous and it was not difficult to pick up a lift. I had just reached Yugoslavia, when a car stopped and offered me a lift all the way to Istanbul. In those days, Turkey was an unknown for the English.

I gave the Khyber Pass a pass and spent my holiday in Turkey. It was a wonderful country with friendly people. I had no trouble getting lifts and made my way as far as the border with Syria but could not, of course, go any further.

I still have my passport with the Afghan visa, but it is now no more than a talking point when friends gather round the coffee table. I don’t think the Taliban will accept my visa. Today, Turkey, with its very unfriendly government, is not too far from my home in Rehovot but might as well be on the Moon.

Come to think of it there is speculation that tourists will soon be able to visit the Moon.
Virgin Galactic has said in 2019 that they were expecting to fly within 12 months but are not ready yet. SpaceX has said that 2023 might be on the cards for trips around the moon. Blue Origin is not yet taking reservations.

So, will my next holiday be Afghanistan, Turkey, or the Moon. Watch this blog.