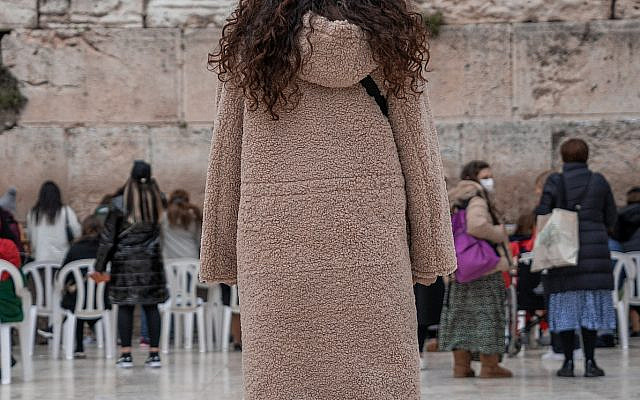 The Talmud teaches us, “A person is obligated to bless and acknowledge God over the bad and misfortune, just as he blesses and praises God over the good.” In the same way that a person receives the good in his life with open and manifest joy, a person should accept undesirable things with a positive and grateful attitude because, in truth, it really is for good.

The Talmud tells a story of a person named Nachum, who was chosen to represent the community in Israel before the Emperor in Rome. Nachum was given a chest of gold and diamonds to impress the Emperor. Little did Nachum know that overnight in an inn where he was staying, the valuable contents of the chest were stolen and exchanged for earth and stones.

When Nachum presented the gift to the Emperor, his highness was furious at the insult and ordered Nachum to jail. Nachum’s response was to say, and honestly believe in his heart, “All that God does is for good.”

In the end, it turned out that the earth and stones were endowed with a remarkable quality (they miraculously turned to bows and arrows when thrown) that the Emperor could use against his enemies, and the people in Israel were greatly rewarded.

How is it possible to honestly believe everything is for the good when, on the face of it, things seem grim?

Once, a student came to his Rabbi and asked for advice on how to handle all his life’s hardships. This Rabbi advised his student to go to Reb Zushe for guidance. Reb Zushe was a person with every reason to complain. His health was not the best, and neither was his affairs at home nor his financial situation. When this student showed up at the door of Reb Zushe for advice, he was told by Reb Zushe to go to someone who indeed had problems and could advise him how to cope.

In the world of Reb Zushe, there were no problems.

It is precisely this quality we attribute to Abraham and Sarah. The Bible says, “All the years of Sarah were equally good.” However, we know that for 90 years, Sarah was barren. She traveled with her husband to Israel, thinking all would be well, and ended up in a land where there was famine. Forced to go to Egypt, she was abducted by the king and many other similar experiences, which appeared as hardships for Sarah. How can all her years be equally good?

The answer is that they were all equally good. As a righteous and Godly woman, Sarah accepted everything that transpired in her life with open arms and in love as coming from an intelligent merciful God. Sarah understood that even down to the most minute detail, everything is directed and influenced by God and because God is by nature kind and good, everything, in truth, must be for good all the time.

When a person cultivates an awareness and continual mindfulness that God is always right there within him and is the reason for everything happening in his life, the obvious conclusion is a complete acceptance of what is.

Abraham was blessed with the virtue of always being satisfied with what he had and never felt he was lacking or dealt an unjust hand. Abraham knew and felt in his heart that God, who is perfect, always does the best for each individual, and therefore there is never anything to complain about.

Mysticism explains that this attitude — seeing everything from a positive perspective because God is the cause of everything — can transform an otherwise difficult situation into a happy one.

“And those who put their trust in God, kindness (always) surrounds them.”