On December 29th, 1890 more than 200 men, women and children of the Lakota people, one of the indigenous populations of North America, were massacred by the US Cavalry, near Wounded Knee Creek in South Dakota. At the time, the slaughter was celebrated by much of the American public as an important step in eliminating the Indian population.

In 1973, an incident of resistance and civil disobedience took place on the site, chosen for its symbolic value. The National Congress of American Indians is still campaigning to overturn the medals of honour awarded to soldiers involved in the 1890 massacre. 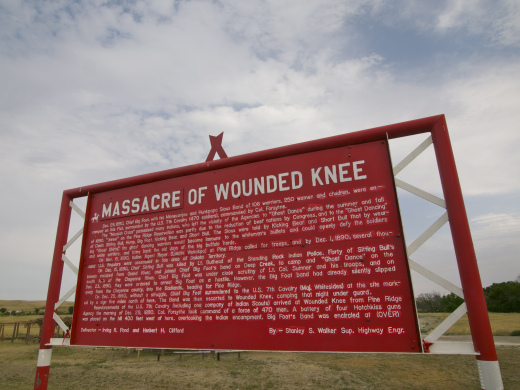 This year, on the 125th anniversary of the massacre, a global movement was formed to “heal the hearts.”  The request read, “You personally, your family, your friends, your community, your tribe, your church, your loved ones, your not so loved ones, your nation, your people, orphans, all homeless and hermits; We invite you to join in” and we were encouraged to gather “at your local sites of massacre, holocaust, places of human grief and suffering, places of worship, or in your own home.”

The Abraham Reunion, a local movement led by peace activist, Eliyahu McLean, organized a day of “healing of the hearts” to coincide with global activities. Israelis and Palestinians joined together to support each other in listening to each other’s pain and enjoining in prayers for healing and comfort. I participated, representing the Elijah Interfaith Institute, which has considered the question of how we deal with painful memories and how we transform memories into hope. 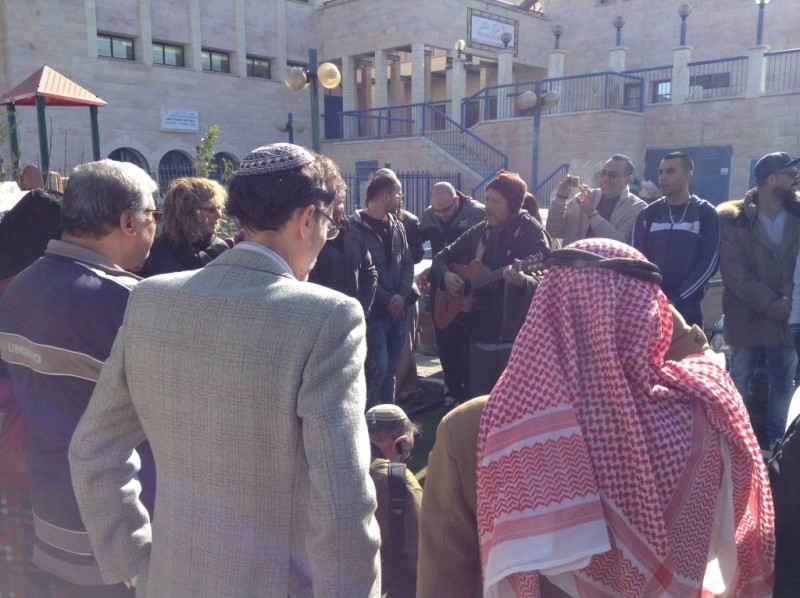 Sadly, there are many sites of human grief on this Holy Land. Our first stop was the Garden of the Mothers in the Druze city of Daliyat Hakarmel. The Garden was planted by women from Jewish, Christian, Muslim and Druze families to commemorate the lives lost in the Carmel Fires of five years ago. The fire did not discriminate. There were victims and heroes from all communities. Local civil and religious leaders from all faiths joined those of us who had travelled from Jerusalem, Bethlehem, Issawiyah and Nablus as we prayed in memory of those whose lives were lost. 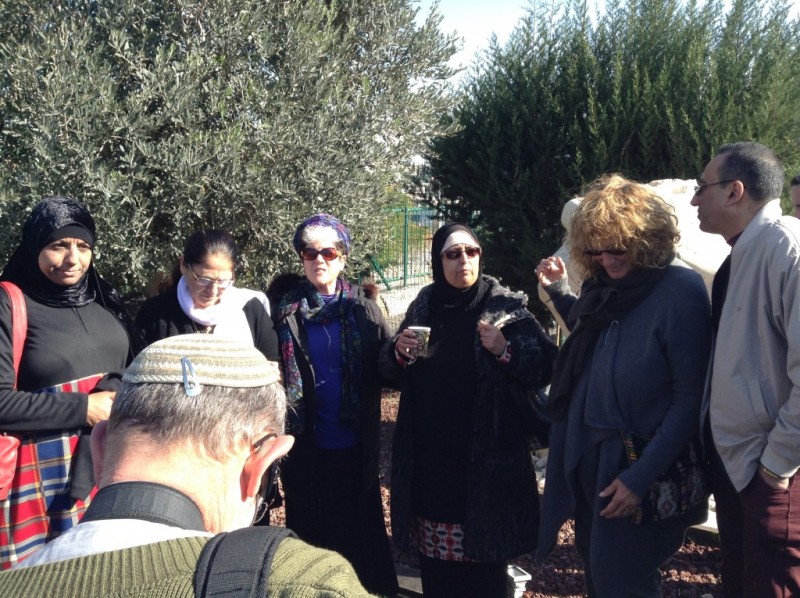 Our next stop was Fureidis, where many survivors of the slaughter at the Palestinian town of Al-Tantura (Hof Dor) restarted their lives after 1948. Two descendents of the pre-1948 villagers were with us and they told the haunting story of how the IDF decided to level the town completely, killing about 150 people who stood in their way. The victims are buried under the parking lot at the beach. Most people who go to the beach have no idea that the ground on which they stand was the site of great tragedy and bloodshed. Only after historians such as Hillel Cohen and Teddy Katz revealed the story was it acknowledged in any way by Israel and only last year were descendents permitted to make any markings of the burial site.

Our group formed a circle around the heirs of the tragic story and prayed that their pain would be healed. 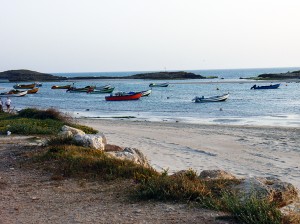 Our final stop was the Park Hotel in Netanya, the site of the 2002 Pesach terror attack in which 30 people were murdered.  The manager of the hotel, who lost his son-in-law in the attack and who was called to the hotel that tragic night, described in detail exactly what had taken place. At the end of his presentation, questions were asked about how best to commemorate such events. The only contribution we could make was, once again, to pray for healing. 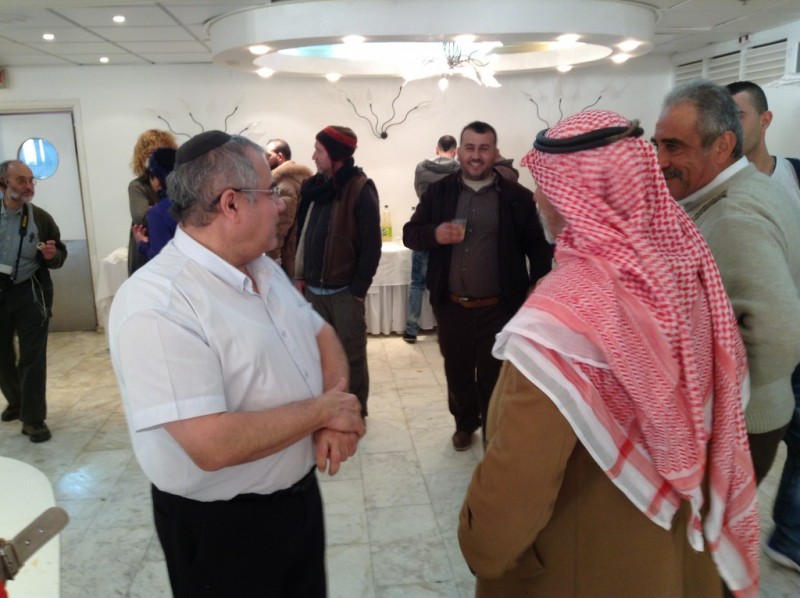 Perhaps ironically, the day that was full of such painful memories was uplifting. For Palestinians and Israelis, Jews, Muslims, Christians and Druze, to stand shoulder to shoulder and to realize that we were all perpetrators and all victims, all capable of causing pain but all able to contribute to healing, that we are bound by our common history and that the pain of one part of society hurts all of us, to realize those things gave us renewed determination and hope.

As Alon Goshen-Gottstein wrote for the 2014 meeting of the Elijah Board of World Religious Leaders, “Hope is affirmed in our ability to move beyond trauma, past pain, beyond conflict. Hope is affirmed in the very recognition that our memories are not fixed, but always open to interpretation, to restatement, to new perspectives. Hope is not simply the passive waiting for circumstances to change from the outside, but the hard won efforts of bringing about transformation in our traditions and overcoming those places where they seem to be locked, beyond hope, into negative views of the other. Ultimately, hope is the fulfilment and realization of the higher goals of our tradition. If our collective memory brings to us the higher ideals of our tradition and the pained memories of our tradition’s interactions with others, hope lies in fulfilling the higher ideals of our tradition in the very arena that had been given to conflict and disharmony previously. Our higher ideals inspire us and give us hope that they may be realized even in the domain of conflicted memory.” 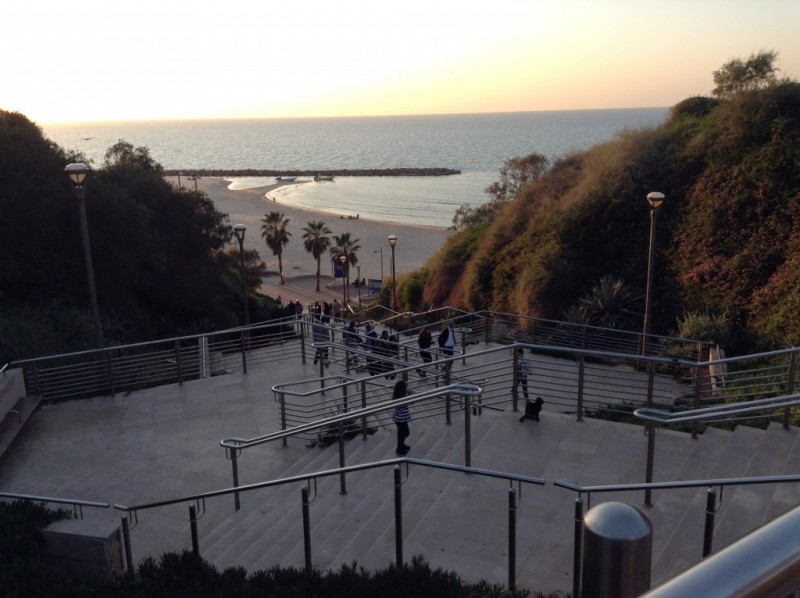 When we stood together on the beach of Netanya at sunset and offered a final prayer and then, led by minstrel Gabi Meyer Halevy, sang and danced together, first somber, prayerful tunes and then celebratory music, our painful memories became sparks of hope. By hearing and acknowledging each other, we created a new shared memory of mutual support – we built hope. 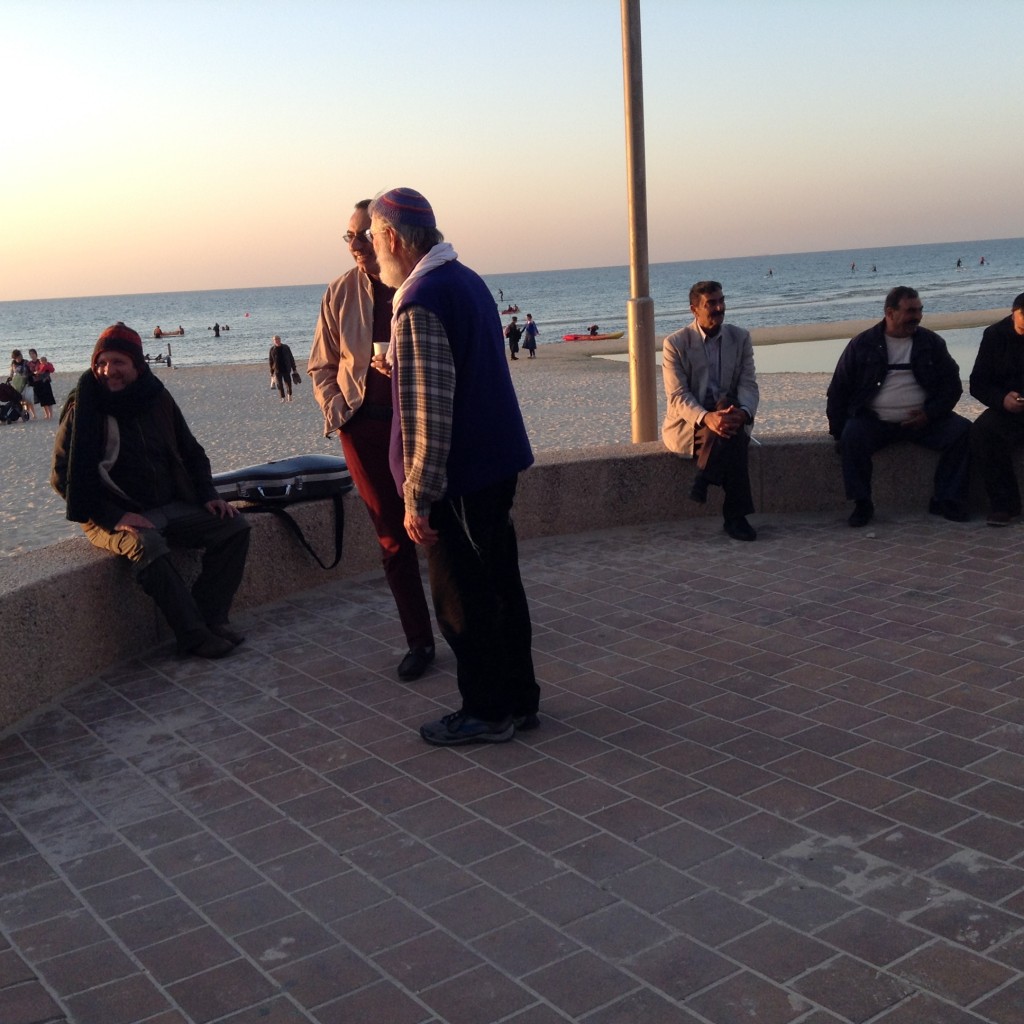 December 29th, 2015 Peta Jones Pellach
About the Author
A fifth generation Australian, Peta made Aliyah in 2010. She is Senior Fellow of the Kiverstein Institute, Director of Educational Activities for the Elijah Interfaith Institute, secretary of the Jerusalem Rainbow Group for Jewish-Christian Encounter and Dialogue, a co-founder of Praying Together in Jerusalem and a teacher of Torah and Jewish History. She has visited places as exotic as Indonesia and Iceland to participate in and teach inter-religious dialogue. She also broadcasts weekly on SBS radio (Australia) with the latest news from Israel. Her other passions are Scrabble and Israeli folk-dancing.
Comments