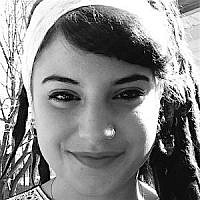 The Blogs
Shayanne Gal
Apply for a Blog
Please note that the posts on The Blogs are contributed by third parties. The opinions, facts and any media content in them are presented solely by the authors, and neither The Times of Israel nor its partners assume any responsibility for them. Please contact us in case of abuse. In case of abuse,
Report this post. 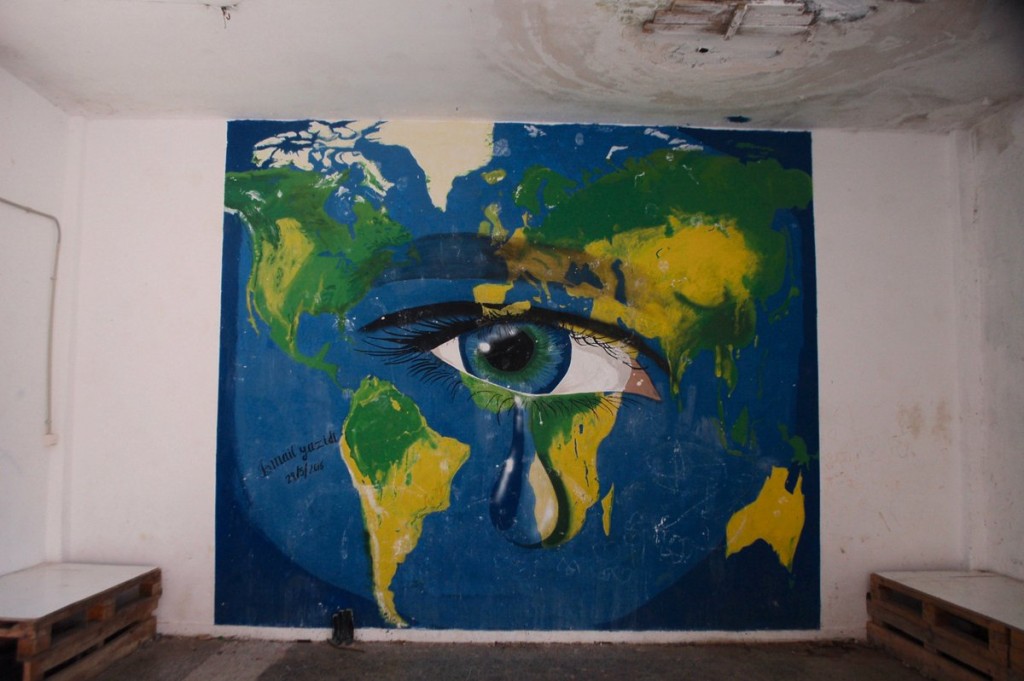 A mural by Ismail Yazidi, a resident at a refugee camp in Greece. (Iris Samuels)

It’s difficult to grasp the complexities of our current global status — a world where millions of innocent human beings are subjected to violence and terror daily while millions of others sit back and read about it from the comfort of their laptop screens in their safe abodes. It’s difficult to fully comprehend the existence of such hatred and such horror that would cause this to be the reality.

As it currently stands, there are 65.3 million forcibly displaced people worldwide, and of those, 21.3 million are declared refugees by UNHCR. These are by far, the highest levels of displacement on record. It’s hard to grasp that number – 65.3 million. It’s hard to grasp that number, because it is not just a number – these are humans. These are people, 65.3 million breathing and living people, who exist on this earth, and have been forced to flee their homes due to insurmountable and unfathomable violence, aggression, and war.

Growing up as a Jew, I am familiar with the history of displacement. I strongly identify with it – as an entity of humanity, and as a crucial element of the Jewish identity. Since the beginning of religious practice in communal society, Judaism had been proclaimed as one of the world’s first monotheistic religions to ever exist — and although it is one of the first, it is also the most persecuted religion to date. Ancestral practitioners of Judaism were a people exiled from their homeland over 2,000 years ago through violent and aggressive methods by other religious groups and people. Following this event and all throughout history, the Jewish people had endured countless expulsions, persecutions, pogroms, and then mankind’s largest single act of mass murder, The Holocaust, which killed a third of the world’s existing population of Jews at the time. Today, after the establishment of the Jewish State of Israel in 1948, which provided solace to the Jewish population after so many years of displacement and horror – violence and retaliation continue to exist and have even escalated against the Jewish people for this very reason.

These acts of violence define and fundamentally shape the Jewish identity today. The displacement, the hatred, and the horror that the Jewish people have endured resonates stronger than ever now – as an ode to the perseverance that Jews have sustained throughout history. My ancestors, my great-grandparents and my grandparents, lived through this ruthless violence, and they continuously and bravely refused to relinquish their identity. No one helped them in their time of need, no one stepped up against their suffering. They were subjected to deplorable conditions and were displaced, without a home and without shelter for many years – only in search of survival and peace.

As of right now, out of the 21.3 million displaced refugees in the world – the largest percentage come from one population: Syrian refugees – making up almost 5 million. Syrians have been fleeing their country to avoid being ruthlessly bombed, poisoned, and tortured for over 5 years – due to the ongoing Syrian Civil War.

For most of the world, it might be easy, or may be understandable to sympathize with this conflict. It might be simple – to look at these statistics, to read stories, to relate to this human pain and suffering. But there is an inherently added complexity to my sympathy for this cause: I am an Israeli Jew. Now, you might be reading this and thinking – so what? You’re human? Your own history was shaped by this sort of displacement, so why does this matter?

And you’d be right.

But the complexity is not due to my sympathy, it is not due to my compassion, and it is not due to my willingness to help others. It is due to the exact reason why I relate to this crisis – the fact that my own people have also been displaced, tortured, subjected to violence, and war many times by members of the Arab identity, Islam religion, and even citizens of the country of Syria – precisely the same religious affiliation and nationality of the people who I am motivated to help today. Not to mention the fact that Syria and Israel are currently at war with one another. Now, I can delve into the roots and implications of religion in general, and of religious and territorial persecution, and why that may or may not mean anything to you. But that is not the point of this article.

Putting your pre-disposed feelings about religion and religious persecution aside, I am speaking of the history of hatred and violence in humanity. Historically and especially today, with the establishment of the Jewish State of Israel, Jews have been and are continuously persecuted in hatred by this particular population – and I am not implying that every Arab or every Syrian is implicit in this reality, but many realistically and factually are.

Now, when I look at the Syrian refugee crisis, and I understand the horrible implications of the Syrian Civil War on innocent children, women, and families, I sympathize. I do. But there is this lingering internal conflict – my compassion and willingness to help people versus the idea of respecting the history and the legacy of my ancestors and my family – who identify as Jews, and now Israelis, persecuted by the exact people who are of the same population as these refugees.

To me, these two things are not mutually exclusive. Helping people in need, humans who have undergone pain, torture, destruction, and death is not mutually exclusive with my religious affiliation and my respect and admiration for the Jewish people. It is almost the exact opposite – I take my upbringing and my identity with pride, I believe that growing up as an Israeli Jew and with this history of persecution and oppression lingering on my back has shaped me into someone who feels an obligation to help people who are suffering and in need. When I look at the Syrian refugee crisis, it is not an ideological or religious crisis to me – it is a humanitarian one.

I see infants losing their lives in an effort to reach safety, I see children under attack by bombs and airstrikes in their own homes, I see families torn apart. I see hundreds of thousands of people dead as a result of merciless war. I see 7 million humans internally displaced within what used to be their home country. I see another 5 million human beings who have lost their homes, their society, their community, and their livelihood at the hands of terror and pain only to helplessly flee in search of survival. And that alone — that human suffering, that relatable anguish — is my motivation to volunteer in the Syrian Refugee Crisis.

I’d be lying if I said that I wasn’t afraid to post this article, as I know it may come off as controversial. All I can say is that this is not an opinion article on identity or on religion. This was not constructed in a way to relinquish importance from any religious history or national identity or to make a definitive statement on historical conflicts. This article was motivated solely in promoting bravery and solidarity, the two very human characteristics that I will always look up to in times of chaos and horror. I have always admired those who are brave enough to stand up for what they believe in on a human level – unmediated by external weights and pressures. Those who fundamentally value human life and love over hatred and prejudice.

And as Eli Wiesel once proclaimed, “We must take sides. Neutrality helps the oppressor, never the victim. Silence encourages the tormentor, never the tormented. Sometimes we must interfere. When human lives are endangered, when human dignity is in jeopardy, national borders and sensitivities become irrelevant.”

About the Author
Shayanne Gal is a passionate writer whose interests reflect a deep value of human life, cultural exchange, and unearthing the dynamics of complex identities.
Related Topics
Related Posts
Comments