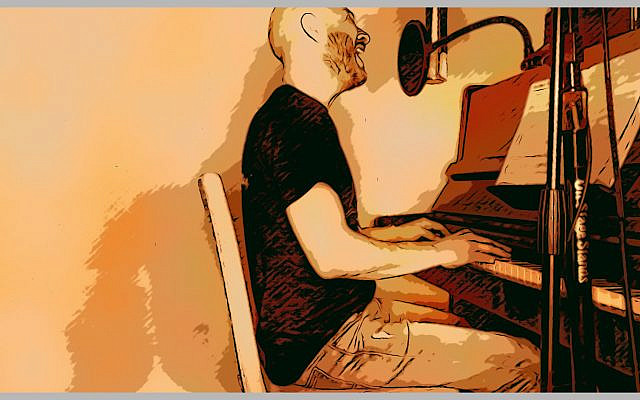 It’s been a really bad year. Probably the worst ever.

Definitely the worst ever.

And the year before that was just awful.

I’d finally got out of a nightmare situation only to discover the nightmare had just begun. I had no desire to buy a sports car or date someone half my age, but it was clear I had entered some kind of midlife crisis.

First, I moved to a spankin’ new apartment (not such a big deal in turnover Tel Aviv) only to discover I loved it so much I didn’t want to leave. From that point on I stopped going out; i.e., I stopped having fun.

Next, I figured I needed to move on from my fairly secure job in the industry I love where I answered to the VP and got paid like an American (everyone needs a challenge).

I went back to school to study my hobby only to discover they don’t pay well for that. It’s not like I didn’t know. I just didn’t care. I needed a break from everything. Most of all life.

I had no backup plan. I had no backup job. But somebody up there must like me because I kept getting calls from other companies in the industry and investment firms in New York asking me to do just enough marketing consulting work (ha, never took a class) to continue paying the bills while keeping my schedule open for sitting on the couch.

Then right as it felt like I was finally getting my act together – I was working in the studio right at that moment, setting up some new gear that had finally arrived – when I got an earth-shattering message that straight up shattered my world, thus beginning the worst year of my life.

It’s been a week since my adopted big brother Dan Warner left this world for a better one. By now the word is out about…

I’m not going to say much more on that now. He deserves a whole article to himself. But this was a message that made every other nightmare seem like a silly dream whispering on the horizon.

You expect to lose your grandparents. You dread the day you’ll lose more.

Then a few months later my dad lost his sister to cancer, and I lost my Aunt Naomi ז”ל.

Then covid came to town. Although it’s wreaked havoc on everyone, it’s doubly harrowing for anyone who has asthma (on the plus side, I now have a great excuse for why I never go out).

And then for the finale (maybe it’s more like an encore?) – I slowly started losing the ability to use my hands.

It made less sense six months later when I was trying to do the dishes – PS, I have a dishwasher – so what I really mean is hold them long enough to wash away the sticky parts before putting them in.

Luckily, I had a lot of practice in that.

But even that hurt. The only thing that didn’t hurt was sleeping, which I did a lot. Lying down was great, though I couldn’t hold a book for long.

Suddenly, my really shitty year had gotten worse. Many, many doctors and every test later, it turns out my hands are fine. It’s just a pain in the neck.

Literally. They called it a “double-sided crush” with discs bulging everywhere and nerves being squeezed at two points on each side, leaving me with little option but to get off the couch and get my ass moving in an exercise kind of way.

So, I’m able to write again. Not as much as before. But I can hold a guitar again – and that matters a lot more.

I can also play piano. It’s never been my main instrument, but it’s the best one to write on. It’s also the most fun to play when you’re alone.

Guitar is for jamming. To get the most fun out of it you need a band or a track or a beat of some kind.

The piano has everything – melody, harmony, rhythm and more – as much as you can give it.

But I’ve never owned one myself. I always had electric keyboards with lots of different sounds. They always sounded great.

Whenever I’d see one, I’d play on it forever. At my friends’ houses. At my Hebrew teacher’s house after learning my haftorah. At the music stores in Florida. At the electronic stores in London while my grandparents stood behind me, beaming their pride as a spotlight for the room.

This one time (not at band camp; I never went to band camp; my whole life was a band camp), during my freshman year of college a group of us went to Epcot to meet a guy named Timothy Leary. Hopping around from country to country, seeing characters pop out of every little corner (I think they knew) it felt a bit like the Wizard of Oz as we were strolling along the yellow brick road.

Eventually, I got lost in a sea of keyboards where anyone could walk up and play. I grabbed a seat, put on the headphones and jammed to my heart’s content, playing the absolute best I’ve ever played in my life. When I finally tired out and took off the headphones, I turned around to discover a crowd of people behind me clapping.

Needless to say, I was more than a bit confused. Then I saw a “friend” smirking and pointing.

He had unplugged the headphones for everyone but me…

I’m not sure I’ll ever play that well ever again. Piano isn’t my main instrument. But it’s a hell of a lot of fun.

So, when I got into a Tel Aviv taxi this past June and the elderly driver started telling me about his former life as Israel’s #1 piano technician – I was a little bit curious.

(I also kept reminding him to put the damn mask all the way over his nose, for his sake as much as mine – why is this so hard for people?!)

Turns out he was a full-on musician, a world-class vocalist who had performed all over the globe in 27 languages. He played me a few tracks.

If anyone else had tried to sell me a cheap Russian piano by telling me they used to build them – I would’ve said I’m no freier (sucker).

This guy wasn’t either. He had tuned pianos all over Israel, including the one at the famed Camari Theater and many at the (overpriced) Klei Zemer. He described how he had an extra piano sitting at home gathering dust that he’d pimped out to sound more like a rich, German masterpiece.

You can’t bullshit a bullshitter.

This guy was no bullshitter (believe me, I would know).

I went to his house for a few minutes, heard the piano and gave him my money. He had it delivered, then came over to tune it.

I’m not really a piano player, but it sounds good nonetheless.

As I stare at the calendar dreading the fifth of September marking one year without one of my limbs – I’m starting to feel better because I can finally use my limbs.

Thanks to a taxi driver in Israel who made the decision to sell this piano, I’ve come back to life and finally decided my future lies beyond the yellow brick road.

I’m not sure I ever would’ve written this had I not been an avid reader of Sarah Tuttle-Singer’s Taxi Stories. You should be too. Follow her on Facebook to read them before they come out in her upcoming book.

About the Author
Yoni Leviatan is a British-born, American-raised, Israeli-blooded musician, content producer, brand strategist, presenter and political commentator who loves to think out loud. Especially about Israel. Originally from Coral Springs, Florida, Yoni has been living in Tel Aviv since 2009, returning to the land of his parents and grandparents and ancestors before them. He has a BA in Criminology from the University of Florida and an MA in Political Communication from Tel Aviv University. Click to watch his videos. Click to hear his music.
Related Topics
Related Posts
Comments