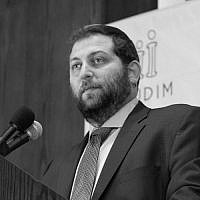 The Blogs
Zvi Gluck
Apply for a Blog
Please note that the posts on The Blogs are contributed by third parties. The opinions, facts and any media content in them are presented solely by the authors, and neither The Times of Israel nor its partners assume any responsibility for them. Please contact us in case of abuse. In case of abuse,
Report this post. 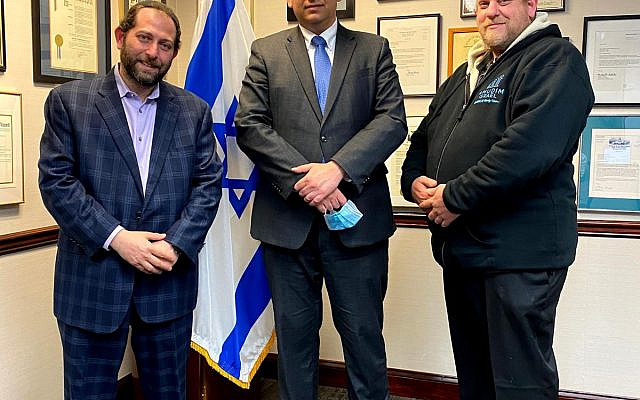 Amudim has spent months working around the clock with various government agencies, to allow yeshiva and seminary students return to their studies in Israel. Baruch Hashem, the efforts were successful, but just like that, all that we have accomplished is potentially at risk.  As a result of the actions of the few who have created an unbelievable Chillul Hashem, Israel’s Ministry of Foreign Affairs is strongly considering requiring all students to go through the standard process. This can take weeks, if not months, just to get a visa appointment. In case you think this isn’t a big deal, let me point out that there are over 14,000 yeshiva and seminary students and kollel couples learning in Israel each year. The current application process that gets them there is now in jeopardy.

How did this happen? Amudim has invested countless hours and resources to facilitate overseas travel in recent months. We have served as a liaison between private citizens and the Israel consulate, in addition to many other government agencies around the world. A group representing themselves as yeshiva students came to Amudim with all the required legal documentation, so we could help them apply for the student visas. David Kushner, Ushy Lieber, and I spent countless hours with them, reviewing more than 20 documents for each of the 30 plus student applicants. After thinking that everything was in proper order, we submitted the applications to the Israel consulate on Monday, June 14th.

We made it clear to these applicants that it can take up to a week to get the visas back. They were advised to not call or email the consulate because doing so would slow down the process. A red flag appeared on Tuesday morning, June 15th.  We received multiple frantic phone calls from some of the applicants. Additionally, the consulate advised us that they too were being besieged by many calls regarding the student visa status for the same school.

Here Is the Real Story: A high-profile wedding scheduled to take place in Israel this coming week was the reason for these applicants to find a way to enter Israel. Realizing that current travel restrictions make it extremely difficult for most people to get into Israel, some unethical individuals managed to get a yeshiva, which is approved by the Ministry of the Interior, and used it as a front to obtain student visas. The paperwork included documents signed by the head of the yeshiva confirming that the applicants would all be learning in that school for a minimum of one year. This is a blatant lie. Unbelievably, these individuals pulled every trick in the book to beat the system and attempt to get to Israel for this wedding.

My personal message to each and every individual who participated in this fraud: In addition to tarnishing the reputation of Amudim and the Orthodox Jewish community, your reckless actions have caused immeasurable damage. We at Amudim are working tirelessly to ensure that this incident should not present additional obstacles for yeshiva and seminary students seeking to learn in Eretz Yisroel this coming year. We value and appreciate that the majority of those who seek our assistance do so in accordance with proper guidelines.

For information regarding approved reasons to go to Israel, and Instructions, click here: https://amudim.org/entrance-to-israel-advisory/

Amudim does not charge fees for any service we provide for the community. Should anyone claim that he/she was asked to pay for assistance, please email report@amudim.org right away, and let us know.

About the Author
Zvi Gluck is the CEO of Amudim, an organization dedicated to helping abuse victims and those suffering from addiction within the Jewish community, and has been heavily involved in crisis intervention and management for the past 20 years.
Related Topics
Related Posts
Comments
Advertisement