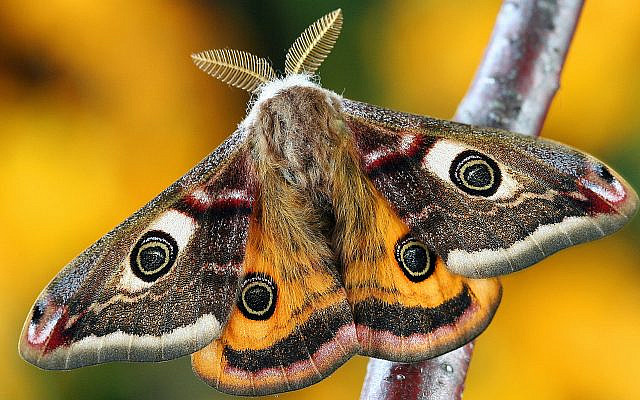 Is this a gypsy moth? (Image Free for Use from Pixabay)

While this blog contains no adult language and no nudity, reader discretion is advised. It is intended as a satirical look at the world we live in and, unlike most of my blogs, is not to be taken seriously.

It started, as usual, with a glance at The Telegraph.
‘Offensive’ gypsy moth to be renamed as insects fall victim to the culture war
The Telegraph 13 July 2021

Following calls to rename the gypsy moth, we take a look at some institutions in urgent need of renaming. They all include the ‘offensive’ word Israel and are sure to cause unnecessary suffering to many.

This reminds us that there is not enough space in our tiny country. While many see the land as overcrowded, with little room for the 6 million Jews soon to be forced out of the United States, there are nearly 6 million Palestinians, registered with UNRWA as refugees, waiting to “return” to a land that was never theirs.
We suggest a better, more down-to-earth, name — the Anywhere But Here Agency.

There must be many who, like me, have found themselves, desperate for a large glass of whiskey, standing outside the misnamed Israel Bar. The Israel Bar is, in fact, just a collection of lawyers and their cohorts.

If it were a bar, it would have to be a big one. Israel has the highest number of lawyers per capita in the world, with 585 lawyers per 10,000 people.
Perhaps the Israel Bar should be renamed Get Out of Jail but Not For Free. (If you don’t like this, well, sue me.)

Only too often, we have seen the demonstrations outside our prime minister’s residence turn physical. In a democracy, where a change in leadership should be brought about through the ballot box, we do not need unnecessary references to physical violence.

The Israel Physical Society should be renamed the Touchy-Feely Society.

The Israel Museum
This is one of the world’s leading museums. Among its more famous exhibits are the Dead Sea Scrolls. But these scrolls, discovered more than 60 years ago were written by the Essenes an almost Jewish sect that lived without women. Not surprisingly, they died out.

In their honor, we rename the Israel Museum the Not Me Too Museum.

This website puts a lot of effort into persuading us that Israel is home to many birds. But their names give them away. Can the Palestine Sunbird, Syrian Woodpecker and European Bee-eater be Israeli citizens?

The Israel Birding Portal must be renamed. Perhaps Coming Home To Roost would be more appropriate.

And now to get my blog in front of the readers. With some 9,000 bloggers to compete with, perhaps I should have included a little adult language and some nudity.