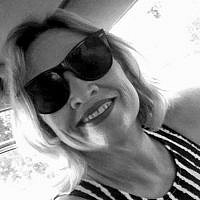 The Blogs
Kaye King
Apply for a Blog
Advertisement
Please note that the posts on The Blogs are contributed by third parties. The opinions, facts and any media content in them are presented solely by the authors, and neither The Times of Israel nor its partners assume any responsibility for them. Please contact us in case of abuse. In case of abuse,
Report this post.

I’ve decided that I’m a fluffer. Thank god I don’t have to worry about my parents finding out that I’ve made an…unusual…um, career choice. I’m talking about a dating thing. About guys who contact me online, actually follow up with phone calls, make a date for drinks or dinner and then—here’s the fluffy part– escalate with a day or two of pre-date texting until, inevitably, the date is cancelled or postponed.

A few high-frequency samples of what I’m talking about:

The drive by: “I just wanna come by and see you and kiss you ….”

The oxygen-deprived: “I can’t stop thinking about you. I can’t wait to finally meet you…”

The possibly delusional: “I don’t even KNOW you, and I miss you like crazy…is that crazy?” (Um…pretty much, yeah)

To keep in touch

Cuz you’re on my mind

And even tho I

Don’t have much to say

Been thinking about you

To be fair, the poets I prize. I’m an Anglo, and I live in Israel. These guys are doing their best  to flirt, and in English!  So….respect.  But I don’t reciprocate. I try to be non-committal. “Wow, thanks!” or “You’re really sweet…” is about as far as I’ll go. I’m a passive fluffer (does that make me the fluffee?).

So, it’s cute the first time. But I’m up into the double digits now, and I think I’m getting a little jaded. Here’s what I’ve been wondering:

Am doing something wrong? Or maybe…right?

To put it in perspective, these fluffers – they’re just the guys that I DON’T ever meet. In the three years since my divorce I have dated some great men. I’ve had two amazing relationships, and yeah, moved a more than a few names over into a “just friends” contact list. But over the last couple of months the texts and phone calls – including the cosy “just to say goodnight/good morning” kind—have become the mainstay of my dating life. Which means that the men with words AND intention are a distinct minority.

I don’t really believe that this has anything much to do with me, personally.  But I do think that it says a lot about men. That they are, absolutely, totally, romantics at heart. That they love all the trappings and the flutters and the giddiness of flirting – just as much as women do.  It’s just too easy to reach out to someone; that initial dance has become so impersonal and rote and routine. So these guys—God love ‘em—want to quicken the pulse, to up the ante. But here’s the paradox: it’s just too much, too fast, too soon. All those breathless “can’t waits” set the bar awfully high for someone that has never even set eyes on you. I’m guessing that this is where fear – of disappointment? of failure?  sets in. This is where men–and probably women, too– disengage.

I know what you’re thinking, and you’re right. Sometimes this bit – the bit (byte?) before you actually meet someone new–is as good as it ever gets. So why not go for broke? It feels great, and if all either of us gets out of it is a couple of days of giddy/silly, then…that’s fine with me. No, really, I mean it. (Let’s insert the appropriate emoticon here ;))

But if I’m wrong, and I’m sending out fluffer vibes….tell me. Crowd-source my profile? Maybe, if it’ll get me back on track. That is, if I’m off it.

About the Author
Kaye King is a writer and creative director living in Israel. Through absolutely no fault of her own, she’s become a bit of a dating expert, and shares her tips, triumphs and mostly- unflagging optimism here.
Comments