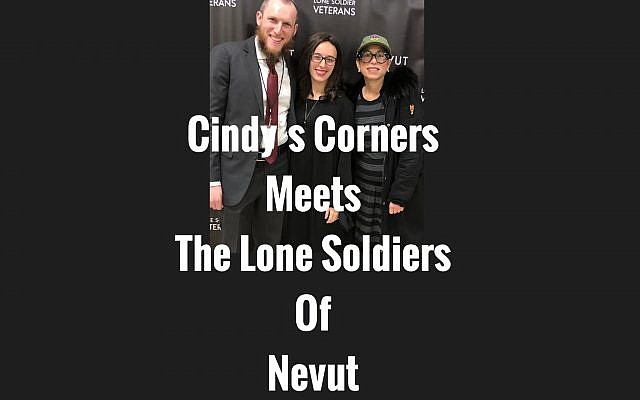 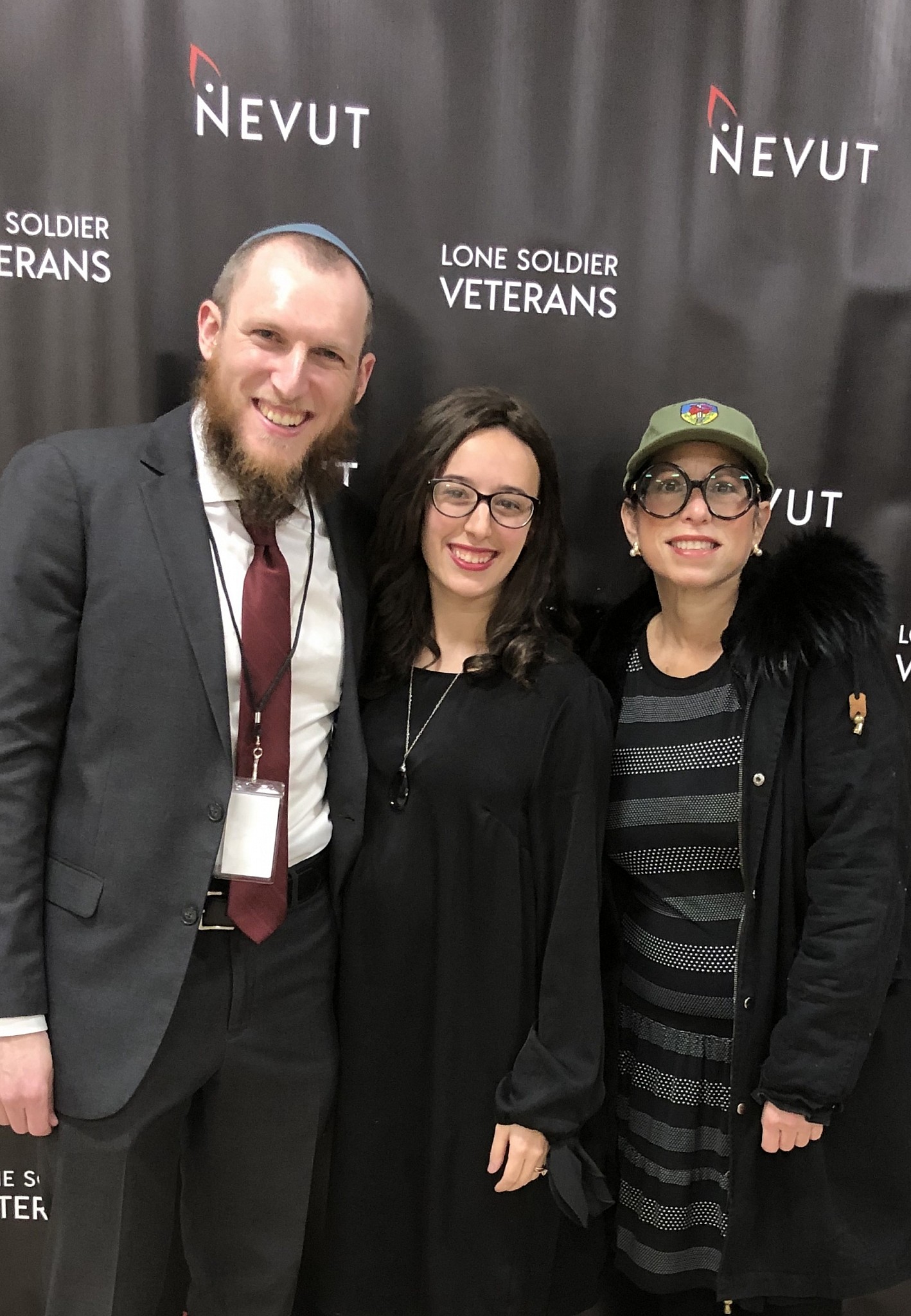 The Abramowitz’s, Founders Of Nevut

The Israeli Defense Forces is the most unique military organization in the world. We as Jews can love our birthplaces, but still feel “duel citizenship” with the Jewish Homeland that is legally, religiously, emotionally, financially and historically ours.

Soldiers devote between a year and a half to three years of service in the IDF. They unconditionally defend Israel and her people, carry a weapon and work together as a unit. When the tour of duty ends, the lone soldier returns his or her weapon, uniform and military ID and becomes a civilian again. Often the soldier returns to his home country enrolling in a school or seeking a job unsuccessfully. He feels alone and mistreated, after an intense period of total immersion of selflessness. 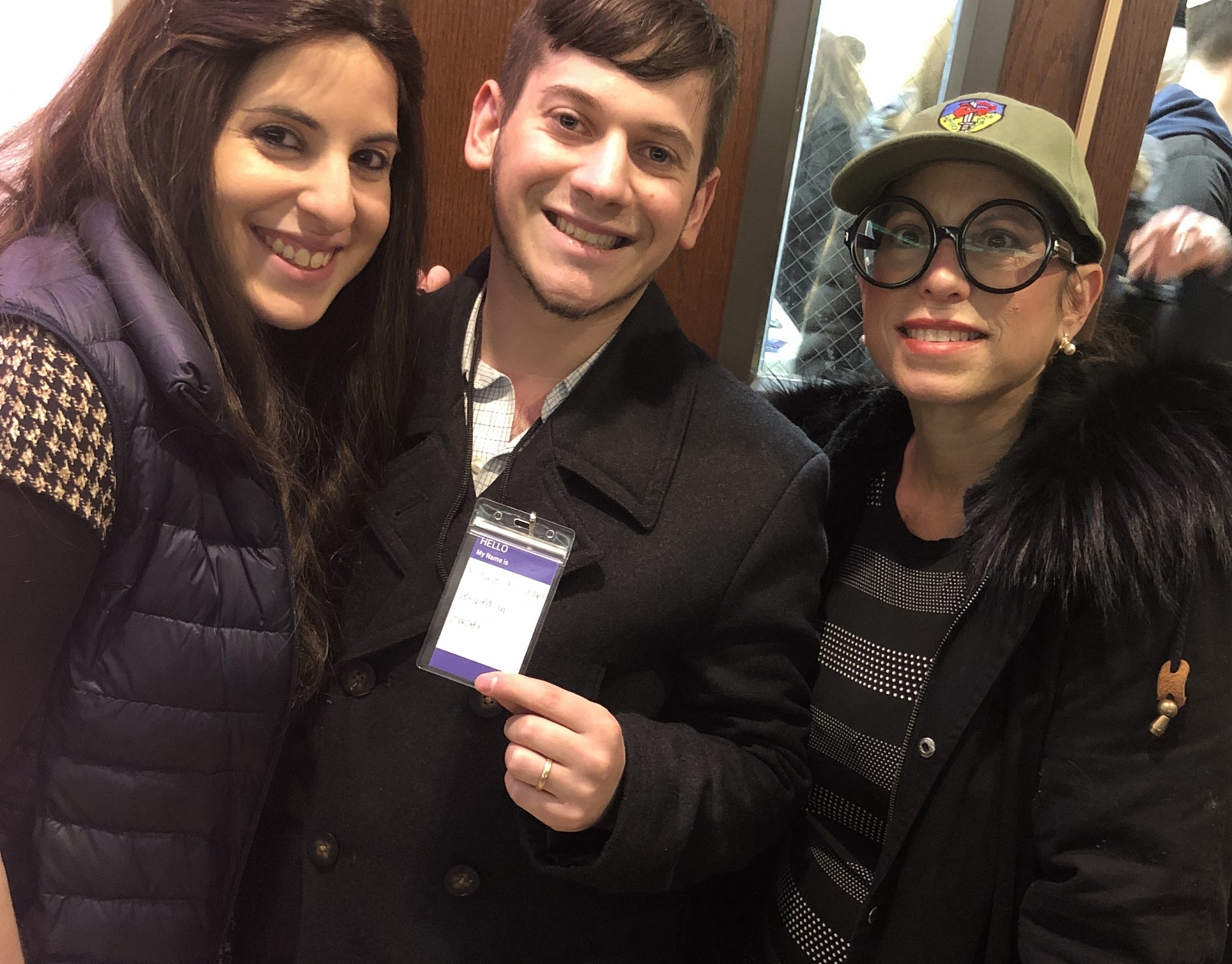 A Givati Nevut Soldier and His Wife

Nevut was founded to smooth the transition and provide programs to build a community for the veterans, personal development, guidance and leadership and mentoring opportunities. Since its founding, lone soldier veterans have had the opportunity to participate in holiday gatherings, leadership programs, individual and group therapies, Shabbatonim, career guidance and more.
Rabbi Ari Abramowitz, Executive Director of Nevut, explained, “To see the smiles on the faces and the feeling of that brotherhood that we had in the army is heartwarming.”

The goal of Nevut is to build a community for the veterans to stay together as a band of brothers, provide personal development with one on one personal guidance, fostering Jewish life.

Nevut means to navigate. You need a MAP to navigate and Nevut gives another type of MAP.  Meaning and Purpose. Nevut is a mindset of how we can help these lone soldier veterans succeed.

Nevut, through its programs enables returning lone soldiers. to stay connected to their Jewish heritage and to cultivate their leadership skills by giving them the tools to continue to give back.

Another facet of the organization is a Leadership Initiative with Eric Pollak Psy.D., founder and executive director of the Shiluv Center for Lone Soldiers.

A year ago, Dr. Pollak and Ari Abramowitz began a monthly discussion group for veterans focusing on creating positive relationships, self-esteem, and sharing their military experiences. The Leadership initiative provides a forum to process their time in the IDF. The military is filled with amazing, rewarding experiences as well as some extremely difficult and challenging ones. The group meetings provide guidance and tools for veterans to express their feelings and vulnerabilities allowing them to grow, process and transition into civilian life. Leaving the army and returning to everyday life can be a hardship. Learning what to do next and finding the right path can be emotionally trying and exhausting. Nevut’s job is to make that transition easier.

“After leaving the military I felt like I was missing something,” said Gabi S. “Nevut has given me a community where I feel whole and complete being together with other veterans.“

Recently, I attended a gathering introducing Nevut to the Long Island community.

Lazer Lloyd, considered by many to be “The best guitarist in all of Israel,” entertained several hundred attendees. He is much more than a guitarist/singer for the soldiers. He opens his home often to the boys so they never feel alone, depressed or unwanted.

“It was amazing to see first hand how much Nevut does for the Lone Soldier Veterans. The music and the vibe was incredible and I look forward to the next event,” said attendee, Shifra Tauber. Tauber is a passionate supporter of the IDF Lone Soldiers.

While living in Israel for three years, Shifra ran programs for the female lone soldiers. Shifra also volunteers in her free time for Nevut to see that they are successful back here in the USA. She suggests anyone interested in helping out cane become a Nevut ambassador. “It’s as simple as holding a sign at the airport, taking them out to a restaurant, mentoring and even hiring them.”