The IDF (Israel Defence Force) is the most criticised and hated army in the world. People around the cosmos, particularly from the Muslim world, abuse and make accusations towards the IDF through electronic, print and social media or in their daily conversations. They have absolutely no notion and perception what the IDF is, what is its chronicle and the code of ethics. They defame it because it is the army of the Jewish state of Israel and because it is one of the most dynamic and energetic armies in the world. The Muslim world condemns the IDF due to a few grounds.

In every level of conversation, people not only condemn the IDF, but produce false flag propaganda to demonise and single out Israel and Her army.  I am not an expert on all IDF matters, but I will try my best to highlight the prospects of their ethical code in a manner that the audience realises that the IDF belongs to a democratic country of the Middle East which pursues the rules and regulations of the national and international jurisprudence. I will not discuss the IDF’s history, but will focus on the latest and current situation of the accusations and blames.

The Code of Ethic of the IDF

The IDF is based on the code of ethics which gives a rule and ordinance to every single soldier and how to exercise their rules of the duty on an everyday base. In the IDF there are many humanistic clauses which are obligatory to abide by and no one is above this code of ethics. If any individual is found breaking any clause of the code of ethics, they will be held accountable and court marshalled if found guilty. There are examples of IDF soldiers found guilty and court marshalled by the IDF internal inquiry committee or by the court of the state as evidence of enforcement.

The most humanistic codes of ethics are as below:

Now, let’s start examining this code of ethics and find out the other community’s ratio in the IDF.

If any soldier goes against the code of ethics, he would be accountable for his unlawful actions. IDF’s code of ethics is formed with the respect of all religions, races, languages or nations. This is why, Muslim, Druze and Christian communities serve in the IDF. There are around 1,700 Arab Muslims who not only serve in the IDF, but many of them devoted their lives to protect the Jewish state and the nation.

According to the Pakistani news report:

To date, 363 Arabs have been killed in action while fighting for Israel.

Muslims do not feel any difference while carrying on their duties to protect their nation and country. They feel secure and exercise all their personal, religious, social and national rights serving in the IDF. They align by swearing on the holy Quran that they will protect the land and the nation without being an affiliate with any anti-state organisation or individual. This is the greatest example of unity and this is Israel.

If we carefully read the code of ethics where is written:

The IDF’s goal is to defend the existence of the State of Israel, its independence and the security of the citizens and residents of the state.

In the clause of the code, where it is mentioned about the human life and purity of arms, the IDF soldiers are bound not to apply force against unarmed civilians and still be in a defensive position when fighting against armed militias and their offshoots. The IDF and its soldiers are obligated to protect human dignity. Every human being is of value irrespective of his or her race, faith, nationality, gender, status or position.

In every operation, the IDF had used a very low level force and tried very hard to minimise the causality, but it was the other side who used their civilians as human shields. This, however, was already discussed in my previous article, “The Ramadan Operation and Why Israel is forced to defend itself.”

Another accusation which is always circulated around media is that the IDF torture Palestinians prisoners including women and underage children. These accusations have absolutely no credibility and cannot be judged by the accurate source of evidence.  These false flag blames are hugely speared in the Islamic and international biased media which know nothing about the strong judicial system of the state of Israel. Any type of torture against terrorists or interrogation against suspects of terrorism is prohibited by the Supreme Court of Israel.

Every country’s police and army use force in interrogation to obtain information about their terror leaders and possible future plans to harm innocent people. However, it is only Israel that is blamed or criticised for this. The people of the world, especially the Islamic world, are fully cognizant of the notorious torture stories in Guantanamo Bay and Abu Gharib prisons by the US ground forces. I cannot find any torture stories regarding the IDF against any captives. All prisoners who have either completed their prison term or released by the prisons exchange agreements are all released safe and healthy. None were disabled or injured. This is because torture is prohibited against prisoners or terrorists in the State of Israel.  I also knowledge that there is no death penalty for murders in Israeli law, even someone kills on Israeli or hundred Israelis.

According to Alan Dershowitz:

On 6th Sep, 1999, the Israeli Supreme Court decided that not only is torture absolutely prohibited, but even the types of physical pressure currently being used by the United States- sleep deprivation, forced uncomfortable positions, loud music, shaking, hoods over the head are prohibited by Israeli law, even in cases in which the pressure is used not to elicit a confession but rather elicit information that could prevent an imminent terrorist attack.

Torture against prisoners in Muslim countries, especially in Syria, Egypt, Jordan, Saudi Arabia, Pakistan and other countries far exceeds that of the state of Israel. The human rights record surpasses in Israel than in any other country in the Middle East. Yet, Israel is still accused of human rights infringement.

The United States transfers their detained terrorists to other countries, such as Egypt, Jordan, Philippines, Saudi Arabia and Morocco, etc. where torture is permissible for interrogation. However, people never heard that the United States or any western country transferred any of terrorist detainees to Israel for interrogation because any type of torture or physical force is not permitted or legalized according the Israeli law. Turning captives over to the countries for the purpose of having them tortured is an apparent violation of the 1984 International Convention against Torture.

In many operations against terrorists, IDF did not accomplish their goals by capturing or killing terrorists because Hamas terrorists used their families as human shields. The IDF are trained not to shoot down innocent and non-belligerent. On various occasions, the IDF missed opportunities to attack terrorists, because they were with their wives and kids, and the IDF refrained.

Israel (IDF) was prepared to risk the lives of its own civilians in order to spare the lives of Palestinian civilians, including the wife of a major terrorist such as Salah Shehadeh.

Even those who always criticise Israel and the actions of IDF admitted that IDF risk their own army personnel to save the lives of civilians.

According to Professor Michael Walzer of Princeton University, a strong critic of the Israeli occupation:

In battle, the Israeli army (IDF) regularly accepted risks to its own men in order to reduce the risks it posed on civilian populations.

Many times, Israeli Army court marshalled their own army personnel for misconduct of the army’s ethic code. There are examples of enforcement of Israeli army personnel found culpable by Israeli courts in relation of violating the army rules. There exists very strong rules and regulations in the IDF and have zero tolerance for any person who engage in any actions that violate the army’s code of ethic. Recently, an IDF man was convicted in killing of terrorist by an Israeli court, even though the shooting was justifiable by many counter terrorism pundits. This is the greatest example of the rule of justice in Israel. These rules and regulations, we find hardly in any other armies of the democratic or Islamic countries.

Although Israeli soldiers make mistakes and overreact like soldiers in every army, at least there is an ethical code against which their actions can be judged, but Palestinian terrorists have no similar constraints. Alan Dershowwitz said.

I ask one question to the Islamic world.  I ask if they can tell me any single war when civilian causalities never happened.  Look at the example of Pakistan! In every operation conducted by the Pakistan Army, hundreds if not thousands of innocent civilians died.  And yet there wasn’t and isn’t any accountability against the Army personnel as seen in Israel. Look at the US army. Since September 11, and especially during the war against Iraq, the United States government has committed virtually all of the wrongs for which Israel has been condemned.

The world media and experts need to understand and assess the situation in Israel very deeply. They should visit Israel before making conclusions. Muslims around the world should evaluate both sides objectively and be able to decipher between fact and fiction. They should explore what terrorism is and how to counter it without creating a difference between Palestinian terrorist organisations and other Jihadi organisations.

I believe, the day is near when the Islamic world will come forward to preserve relations with Israel and will eliminate all types of terrorist act, whether it is in the Islamic world, in the Western world or in the land of Israel.

I am constantly working to establish a platform from where I can educate my Pakistani community’s intelligent and intellectual people who can understand and assess the very complicated situation wisely.

I wish, I could take them to Israel where they can see the situation with their plain eyes and feel the peace and prosperity between Israeli Arabs and the Jewish community living and celebrating together. 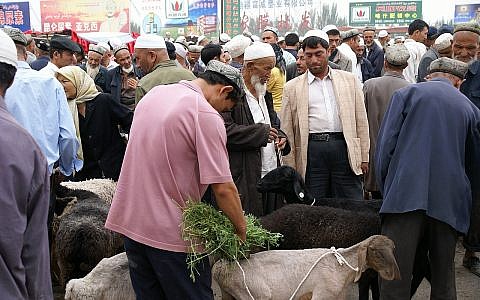 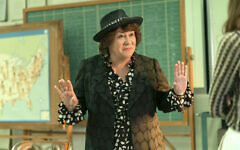 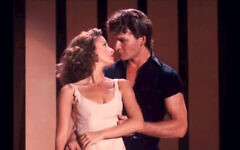 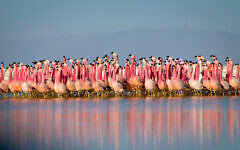