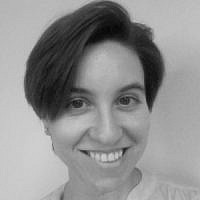 The Blogs
Avital S. Kaplan
Apply for a Blog
Advertisement
Please note that the posts on The Blogs are contributed by third parties. The opinions, facts and any media content in them are presented solely by the authors, and neither The Times of Israel nor its partners assume any responsibility for them. Please contact us in case of abuse. In case of abuse,
Report this post.

It was only a few weeks ago that I finished “Like Dreamers,” Yossi Klein HaLevi’s behemoth masterpiece on how the Six Day War of 1967 shaped modern day Israel.  The subtitle says it all: “The Story of the Israeli Paratroopers Who Reunited Jerusalem and Divided a Nation.”  To summarize a very insightful thesis, the fight that ultimately liberated and re-united Jerusalem, and expanded Israel beyond the existentially untenable borders forced upon her by the Jordanians, Syrians and Egyptians in 1948, united the Israeli people beyond the seemingly concrete dividers of party lines and religious affiliations.  Yet the messages that the different paratroopers internalized coming out of that war, conditioned by the respective ideologies and experiences of their youth, led to the intense blistering and internal discord of Israeli society.

There is a part of me that believes that this moment in history, now, Operation Protective Edge, will be somewhat like that.  That in another 50 years, another Yossi Klein HaLevi will write another “Like Dreamers” about the soldiers whose fight in 2014 led to that iteration of modern Israel.  I believe this spontaneously, as an intuitive reaction toward my reality.  Perhaps it is because the situation escalated so quickly, perhaps due to the harrowing events that led up to the Operation, but something about the fighting this time around feels to me like this is a watershed moment.  And I hope that not only will my belief be vindicated, but that it will be the chiasmus to 1967, that whatever intense differences exist now, the messages taken from this moment will lead us to a newfound unity.And it is when I meditate on this hope that my jaded skepticism enters the conversation.Truly I believe that Jews, through our Torah and our peoplehood and our understanding of God and the world, are to be elevated to be a light unto the nations.  It is not in a superior sense that I say that.  We are stewards.  We are charged with a responsibility to make the world better, to make it spiritually and morally higher for everyone.  In no way do I believe that the fact of being Jewish makes anyone inherently better, holier, brighter.  It is only if we allow our Torah to teach us to be better people that we may fulfill that lofty roll of helping to elevate others.  We have a great responsibility and we must take it seriously.  One of the most instructive lessons in this mission, to my mind, comes from the Midrash Tehillim.  The sage, Rabbi Meir, makes a statement that evildoers, sinners, must be killed.  His wife, the progressive and learned sage, Bruriah, responds with a verse from Psalms, “Sins will no longer be on earth, and sinners will then be nought.”  We are to get rid of sinners not by killing them, but by changing them, enlightening them, so they stop sinning and cease to be in the category of sinners.  We are to use our hearts and our minds and our words to elevate the world.

A Talmudic story in Tractate Bava Metsia describes a successful model of such educational philosophy.  The Talmud is wrought with pairs of sages who are always seen in conversation with another.  One of the more famous pairs is Rabbi Yochanan and Reish Lakish.  Interestingly enough, Reish Lakish’s origins were not so wondrous.  In fact, he was a feared bandit until one day, he came upon Rabbi Yochanan bathing in a river and made a comment about the latter’s pleasing looks.  In response, Rabbi Yochanan promised his equally beautiful sister to Reish Lakish as a wife, if only Reish Lakish would agree to sit and learn with him.  Reish Lakish agreed, and so one of the greatest Talmudic scholars was born.  It was all because Rabbi Yochanan honed in on what Reish Lakish presented him with- an appreciation of beauty- and appealed to him on that level.

My intense doubts about the possibility of living by Bruriah’s great teaching in our current situation is a direct outgrowth of the most essential aspect of the story of Rabbi Yochanan and Reish Lakish.  The former was able to engage with, elevate, and be elevated by the latter, because Reish Lakish was willing to use his words, to use his mind.  Our minds and our faculty of speech are our connection to the Divine.  Reish Lakish was in tune enough with these faculties of his for Rabbi Yochanan to be able to seize on them as a spring board for the development of greater thought.

So when the Palestinian leadership is not interested in talking in earnest, nor in listening in earnest, I become intensely skeptical of the possibility of working together with them to bring about anything greater than our current reality.  All they want is to flex their muscles- or so I am led to believe based on the current tally of rockets shot indiscriminately into Israel, and on Hamas Spokesman Sami Abu Zuhri’s announcement that “All Israelis have now become legitimate targets.”  If we have no access point to speak to and listen to them in turn, what hope is there for change?

And all this is not to say “Bomb the hell out of ‘em!  Kill ‘em all!”  Because I passionately, intensely, viscerally disagree with all of that.  I write all of this as an outlet for the frustration I feel towards those among us who are so devoted to the moral of giving deference to the Other that they seem to be willing to sacrifice their own Selves for it.  I am an ardent Zionist who believes both that Israel’s presence in the West Bank does not constitute an Occupation and that the Palestinians do have a right to Self Determination.  I am a big believer in the middle ground, and in the power of nuance, in the face of reality- regardless of one’s ideology.  But when the Palestinian groups- at least the vocal ones- call unequivocally for ending an “Occupation,” or refer to Israel as an “Apartheid” state and to its military’s actions as “Terror,” it bothers me to no end that self-identified Zionists caution other Zionists not to become too embroiled, not to feel too strongly, to remember the dignity of the Other at all costs.

Well, we should always remember the dignity of the Other, that most Palestinians are just people who want to live normal lives.  But should that come at the cost of our own dignity?  When the message that the leaders and the loud laypeople of the Other project is one of intense hate, why should we be so apprehensive about claiming our own loyalties?  About asserting our beliefs?  About not standing idly by while we are besmirched by those Others?  Have you so little faith in your own sisters’ and brothers’ ability to feel passionately and still remain civil, that you would caution them to talk only in a whisper, if at all?  That causes such heartache for me.  And it shows the dangers of taking an ideology to its logical conclusion, regardless of reality, just as much as doing so with a Self-righteous ideology would.  A Self-righteous ideology, taken to its logical conclusion, can hurt the Self by using it to justify hurting the Other.  An Other-oriented ideology, taken to its logical conclusions, can hurt the Self by allowing the Other to continue to attack, for the sake of deference to the Other.

So I spontaneously believe that we, in this inchoate, throbbing reality, are in the midst of a profound change, of a new 1967.  But I am intensely skeptical that we can do much to elevate, and be elevated by, the Palestinians, so long as we are too scared to believe in our own Self.

About the Author
Struck with the existential malady of needing everything in life to be meaningful, Avital Kaplan is soon abandoning her life in Teaneck and moving to Jerusalem to search for God and Truth. Also, to study Law and save animals. A lover of Language, she graduated NYU with a B.A. in Linguistics and would be happy to talk to you about why she hates the Oxford Comma.
Related Topics
Related Posts
Comments