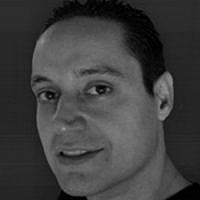 With all due respect to Hila Hershkovitz, who recently penned a thought provoking article titled Ashkenazi Jews are not white – Response to Haaretz article, Jews are not a race, tribe, nation, clan, or any other category meant to “circle the wagons” and exclude other human beings. Judaism is a religion and has always been a religion. Anyone can join a religion.

The issues of race, tribe, culture, and other aspects linked to being Jewish vary in relevance and degree of importance to one’s identity as a Jew.

There are no one size fits all definitions of what it means to be a Jew; despite what anti-Semites and certain right wing and ultra-religious Jews say about the matter. While this sentiment has nothing to do directly with Ms. Hershkowitz’s article, it speaks volumes that people who love Jewish identity to the point of claiming political superiority over others, as well as those who’d blame all the world’s ills on Jews, both adhere to strict racial and tribal notions of what it means to be Jewish. The truth, however, isn’t as clear cut as some would like and any single method of defining Jews has various drawbacks and amusing unintended consequences.

So Jews are a race? Great, let’s begin by making peace with our genetic brethren. A BBC article titled Jews and Arabs are genetic brothers highlights the genetic link between two traditional rivals:

They may have their differences but Jews and Arabs share a common genetic heritage that stretches back thousands of years.

The striking similarities in their biology have just been revealed in a study of over 1,300 men in almost 30 countries worldwide…

The study, published in the Proceedings of the National Academy of Sciences, found that Jewish men shared a common set of genetic signatures with non-Jews from the Middle East, including Palestinians, Syrians, and Lebanese…

Dr Jobling dismissed the idea that the study could have any political implications. “It seems that in many of these situations where groups are in conflict with each other they are likely to be pretty much genetically indistinguishable, and this factor, to the peoples involved in these conflicts, clearly isn’t the point and isn’t likely to change their behaviour very much.”

Israelis are “genetically indistinguishable” from their enemies, as stated by Dr. Jobling of Leicester University in the BBC article.

Thus, if a Jewish person insists on making any genetic claims about Judaism, then congratulations, you’re blood relative is Hamas. Your relatives also include a wide variety of others throughout the Middle East, in addition to Hamas, Hezbollah, and other group that threaten Israel. No doubt, our genetic brethren are also millions of peaceful, honest, and good citizens throughout the Middle East, but if genes are your basis for identity, then science says you’re related to Hamas.

The words “genetically indistinguishable” speak for themselves.

According to a Mother Jones article titled Jews, Arabs, genetically linked, other studies concur with the view that both peoples share more in common than a political rivalry:

In fact, seven out of 10 Jewish men and fully half of the Arab men tested were descended from the same paternal ancestors, according to the JERUSALEM POST.

This study concludes a paternal genetic link between Jews and Arabs, but Jews are traditionally tied to maternal identity.

Then there’s a fascinating study from The American Journal of Human Genetics highlighting genetic links between Jews and Palestinians:

Our recent study of high-resolution microsatellite haplotypes demonstrated that a substantial portion of Y chromosomes of Jews (70%) and of Palestinian Muslim Arabs (82%) belonged to the same chromosome pool (Nebel et al. 2000).

Altogether, the findings indicated a remarkable degree of genetic continuity in both Jews and Arabs, despite their long separation and the wide geographic dispersal of Jews.

In a report published elsewhere, we recently showed that Jews and Palestinian Arabs share a large portion of their Y chromosomes, suggesting a common ancestry (Nebel et al. 2000). Surprisingly, in the present study, Jews were found to be even closer to populations in the northern part of the Middle East than to several Arab populations. It is worth mentioning that, on the basis of protein polymorphisms, most Jewish populations cluster very closely with Iraqis (Livshits et al. 1991) and that the latter, in turn, cluster very closely with Kurds (Cavalli-Sforza et al. 1994). These findings are consistent with known cultural links that existed among populations in the Fertile Crescent in early history.

So, the same people who can’t make peace also “share a remarkable degree of genetic continuity” and also “share a large portion of their Y chromosomes.”

Ever but heads with a brother or parent simply because they had such as similar personality to your own? Welcome to geopolitics and human history.

Finally, if you think that faith and genes have anything meaningful to do with one another, remember the countless times conflict has caused both to merge in unintended ways. According to a New York Times article titled, Gene Test Shows Spain’s Jewish and Muslim Mix, Jews and Muslims also have more in common than just monotheism:

The genetic signatures of people in Spain and Portugal provide new and explicit evidence of the mass conversions of Sephardic Jews and Muslims to Catholicism in the 15th and 16th centuries after Christian armies wrested Spain back from Muslim control, a team of geneticists reports…

After a period of forbearance under the Arab Umayyad dynasty, Spain entered a period of religious intolerance, with its Muslim Berber dynasties forcing Christians and Jews to convert to Islam, and the victorious Christians then expelling Jews and Muslims or forcing them to convert. The new genetic study, reported online on Thursday in the American Journal of Human Genetics, indicates there was a high level of conversion among Jews.

So, guess who’s coming to dinner this Shabbat? Those Muslims and Christians who used to be Jews.

In reality, however, any identity linked to genes always ends up in one region of the world. Go back far enough and we’re all from Africa. According to National Geographic, we’re all African:

We are solely children of Africa—with no Neandertals or island-dwelling “hobbits” in our family tree, according to a new study.

… The study places the original roots of modern humans in south-central Africa. In the middle of this region lies the Great Rift Valley—often referred to as the “cradle of humanity.”

…And Charles Roseman, of the University of Illinois at Urbana-Champaign, said: “It could very well be that there was a recent out-of-Africa expansion, coupled with some either small or large amount of genetic exchange with humans outside of Africa.”

If science is the standard by which political, social, or religious demands are made, then always remember that “Modern Humans Came Out of Africa.”

Scientists believe that humanity originated from Africa, not the Middle East. Therefore, go ahead and make genetic claims to this or that, and remember that Africans might also make the same claims… and make them with greater scientific relevance to whatever it is you link to DNA.