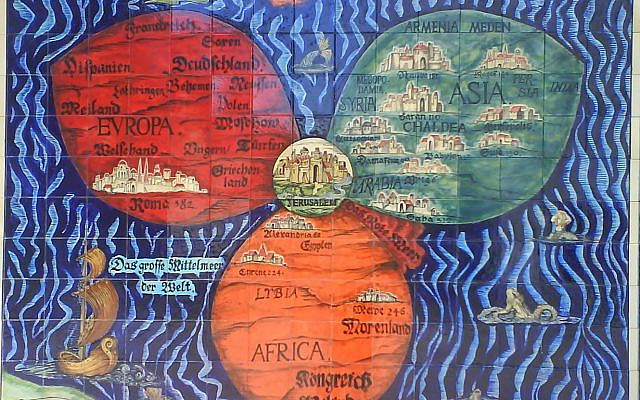 This idea was illustrated in the generation of the first Jew, Avraham, when he was told by God to leave his homeland and journey to a new land in order to share a new message with the world. Of all the lands there were to bring Avraham to, God chose one, the only one whose geographical position at the center of the ancient world would help him to introduce and spread the idea of monotheism to the world, an idea that would eventually revolutionize human thought and human culture.

This idea appeared strongly throughout the 2000 years of the Jewish exile in which daily prayers and rituals were developed in order to make sure the Jews never forget that, no matter where in the world they dwelled, they have a specific place in the world that is their spiritual home. A Jew in Poland or Turkey or Morocco or Iran couldn’t go a single day without mentioning and remembering the centrality of the Land of Israel to the Jewish experience and in which direction was their holy city Jerusalem.

In more modern times, this unbreakable connection between the people and the Land of Israel was displayed once again in the early years of Zionism when Jews from Europe and Russia awakened to the fact that the lands in which they lived were essentially done with them. They believed deeply that returning to their ancient homeland would not only allow them to, once and for all, ensure their own safety and survival, but that Jews dwelling in the Land of Israel once again would assist them to focus more intently on their prophesied role as a light unto the nations. In fact, David Ben-Gurion, Israel’s first Prime Minister, referred to the creation of the State of Israel as “a great historic privilege, which is also a duty…in helping to solve the central problems of humanity.”

This vision has manifested greatly in the modern State of Israel which, despite its tiny size, has become a global leader in innovations that have changed the fields of medicine, agriculture, and environmental technologies in its quest to make the world a better place for all of humanity. It seems as if the Jewish people, the Land of Israel, and the Jewish value of tikkun olam (fixing the world) are triangularly interconnected and interdependent.

Going back to the Jewish teaching we started with, it teaches further that when the Jewish people dwell within the borders of their homeland, when Jewish nationhood and Jewish place merge, something is triggered in the heavenly realm which showers spiritual blessing upon the entire world.

The take away from this is that the Jewish people dwelling in the Land of Israel is good for everyone, for all of humanity, for all religions, ethnicities, countries and continents.

Now, I’m not naïve. I do not expect this to happen today and not tomorrow. But maybe one day it will.

But even if it doesn’t, it’s enough that we, the Jewish people, understand and believe that our presence in our homeland is not a selfish endeavor. Our return to nationhood and our continued presence in Israel is, most essentially, about helping us to fulfill our ancient purpose:

To bring about a world that is based on peace, kindness and justice…for all of the nations.

If the terrorists could only understand that. What a different world there would be.