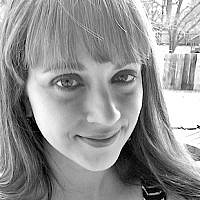 The Blogs
Elizabeth Raphael
Apply for a Blog
Advertisement
Please note that the posts on The Blogs are contributed by third parties. The opinions, facts and any media content in them are presented solely by the authors, and neither The Times of Israel nor its partners assume any responsibility for them. Please contact us in case of abuse. In case of abuse,
Report this post.

Kveller via JTA — 2015 was a year of change for me, facilitated largely by the birth of my lovely dumpling of a daughter in February. Among the normal challenges of being a first-time parent (learning to cobble together a working brain when it has been addled by lack of sleep, perfecting the art of acting casually when your child decides to poop on you in a public place, and so on), I had the additional challenge of being a non-Jewish woman raising a Jewish daughter.

A bit of background on me: My religious upbringing can best be described as “vaguely Christian.” I went to a Catholic church a handful of times as a child, but I was never baptized, nor did I undergo confirmation (in fact, I had to do a quick Internet search while writing this article to make sure that “confirmation” was even the right term for the process I was thinking of).

My family celebrated Easter and Christmas, but there was never an emphasis on the religious aspects of the holidays. Though my parents made sure my siblings and I knew the meaning behind the holidays, the days themselves were more about getting together with and showing appreciation for family than going to church or performing any truly religious rituals. As I grew older, my naturally skeptic mind led me on a journey of religious exploration that eventually brought me to a place of agnosticism in my early 20s. It was right around this time that I met my husband, who—you guessed it—happens to be Jewish.

He and I met through a mutual friend in 2007. OK, technically we met on a mutual friend’s MySpace page, but we tend to leave that part out of our official couple story. We quickly bonded over our love of art, our mutual fondness for grunge music, and our uncanny ability to quote “Seinfeld” episodes from start to finish. Eventually we agreed to meet, and sweet amore bloomed.

Through my relationship with him, I got my first real experience with Jewish culture (well, outside of a childhood fondness for the “Rugrats” cartoon from the 90s). His religious education was more thorough than mine; he attended Sunday school regularly as a child and had his bar mitzvah. Despite this, he too had settled into agnosticism as an adult.

However, where things between us differed was in the strong connection he still felt toward his culture. He kept (and still keeps) loosely kosher, not maintaining a separate kitchen but avoiding shellfish and pork and never mixing meat and dairy. Every Hanukkah, he would pull out his menorah and sing the blessings over the phone with his family across the country each night.

What I came to realize is that where my relationship with the Christian holidays was one of somewhat superficial amusement (though fun and lovely in its own way), his relationship with the Jewish holidays and with Judaism in general was something more substantial. His was a relationship of preservation. By maintaining those rituals, he was helping to keep alive an ancient, beautiful and strong culture that had undergone more than its share of challenges over the years. It was this realization that made the decision to raise our daughter as Jewish a natural choice for both of us.

Since our daughter is still only a wee lass—just 11 months old!—her current relationship with Judaism is at a fairly basic level. Last Purim, we dressed her up and took her to temple, delighted to have an opportunity to put her in the bear costume we bought pretty much when we first found out that I was pregnant. For her Hebrew naming ceremony, we waited until Sukkot and had it under the sukkah with the Sunday school classes in attendance. (I managed to only cry a little bit while reading the blessings.) She delighted in all of the aspects of Hanukkah—especially opening gifts, eating latkes with lots of applesauce on top and watching the menorah being lit. She may not have fully realized the significance behind such events yet, but by undergoing these experiences, she has already become a part of the culture.

In many ways, I am learning about Judaism alongside my daughter. I know that at some point, her education and her experiences will take her to a different place than me, and there will be complicated questions to answer when we come to them. I am not intimidated by this. We will be different, yes, but not separate. I will find ways to help her grow as a young Jewish woman. Already I have adopted the role of helping her appreciate her culture through cooking. (I’m proud to say I have challah, hamantaschen, babka and matzah ball soup under my culinary belt.) The older she gets, I will find other ways as well.

I await these challenges, and the Gregorian New Year, with open arms and an open heart.

Kveller is a thriving community of women and parents who convene online to share, celebrate and commiserate their experiences of raising kids through a Jewish lens.

About the Author
Elizabeth Raphael is a stay-at-home mom and full-time book nerd. She also makes excellent matzo balls.
Comments