Going north on Ayalon highway you can’t miss the eye-catching yellow building with the word IMA  (mother in Hebrew) in huge letters and beneath in smaller print: “is more important than.”  Even once the full sentence is revealed with the rest of the word IMA–GINATION, and we remember Albert Einstein’s quote, the word IMA stays with us.

So if IMA is that important, how come so many young women today  still have to struggle in their roles as mothers and career women?  The other day I heard an inspiring yet somewhat disturbing story. It was about the challenges of an  Israeli career woman– a mother, in the relentless business world. Her daughter celebrated her birthday at the preschool and had warned the  mother that if she failed to show up to the party on time, she would dismiss her as a mother.

On the appointed day the mother had to attend a meeting which was due to end fifteen minutes prior to the party. As it was rush hour, she knew that she would never get from the center of Tel Aviv  to the party on time. Desperate times called for desperate measures, thus she had planned ahead and hired a delivery motorcyclist who waited for her at the end of the meeting and raced  through heavy traffic to the school: She wasn’t late. 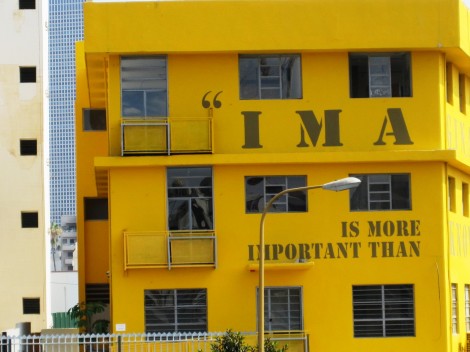 That time the mother found a solution, but I have to wonder about all the other instances when she couldn’t, and about all the important occasions in her daughter’s life that she had to miss.The preschooler and  her mother suffered many disappointments.  It seems that from an early age the daughter learnt that a threat could actually be an effective tool to help her mother steer in her direction.

The story demonstrates the creativity and resourcefulness of the mother, she thinks outside the box and comes up with innovative solutions. Those are rare and sought after qualities even in the business world. However, it is a sad comment on our society when a  mother  has to literally risk her life to get to a her daughter’s birthday party on time.

For generations Feminists have been wrestling with the issue of combining home and work. Simone de Beauvoir in The Second Sex, (1953) was against women’s employment and argued that combining home and work meant a burden of the ‘double day’ which underpinned the subordinate position of women in society. She further details the hardships in store for women, at all professional levels, who attempt to combine marriage and work. She points out the difficulties of the woman worker or employee, the secretary, the saleswoman, all of whom go to work outside the home. It is much more difficult for them to combine their employment with household duties, which would seem to require at least three and a half hours a day, with perhaps six hours on Sunday – a good deal to add to the hours in factory or office. As for the learned professions, even if women lawyers, doctors, and professors obtain some housekeeping help, the home and children are for them also a burden that is a heavy handicap.

De Beauvoir, who never married, wrote about the plight of working married women. The sociologists Alva Myrdal and Viola Klein studied working mothers and like most Feminists of their era, advocated part-time work for mothers once their children went to school. They promoted this style of work in their book Women’s Two Roles (1956) since they regarded being  part of the working force for women as a mission and as an end in itself.

Today, sixty years later, most mothers cannot afford to work part time even if they wish to do so. De Beauvoir was right: many women, mothers in particular, still face the burden of the double day once they get home. And if they need to make some changes in their work’s schedule, they have to take heroic measures.

After all this time, most men still find it easier to view this situation as a woman’s problem, but it is a grave oversight. Men should help make the working environment  conducive for mothers, as it is also their own children that the mothers are forced to disappoint.

I hope that the daughter in the story would not grow up believing that it’s just not worth it. Moreover, it will be unfortunate if she, and other female friends, would decide either not to have children like de Beauvoiror, or to go back to being stay-at home IMA because it is more important than disappointing her daughter.