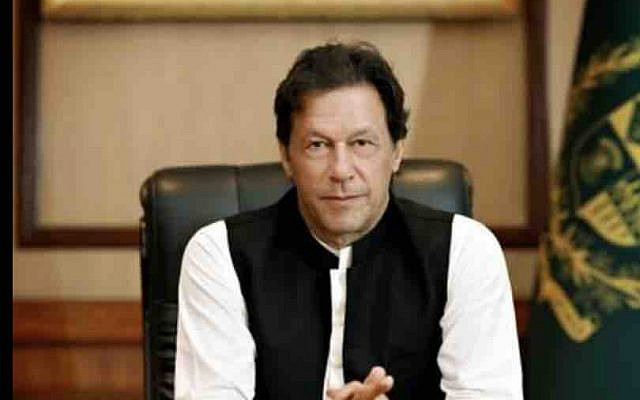 Pakistan is taking sides and for now the visit of Prime Minister Imran Khan is another small part of Russia’s alliance with China and Pakistan compacting further. However the optics are now drawing Pakistan further from the US and west, given his visit to Moscow on the eve of the Russian attack on Ukraine.

Khan persisted with the visit, a first after 23 years of a Pakistani PM to Russia,  despite US diplomatic warnings  in the form of prior assessments that were made known before he departed Islamabad for Moscow.

US State Department Spokesperson Ned Price on Wednesday said the US had
communicated its position regarding Russia’s “renewed invasion of Ukraine” to
Pakistan, adding that it was the responsibility of every country to “voice objection”
to Russian President Vladimir Putin’s plans.

The Western powers for whom Pakistan is a “non-NATO ally,” have reasons to be
annoyed. Khan’s meeting with President Vladimir Putin came hours after several
Western nations hit Russia with new sanctions, which Khan himself is seen joyfully describing as “exciting times” in a video shared on twitter of Khan’s landing in Moscow.

To keep up with appearances, Pakistan should have scheduled a visit by its Prime Minister to Washington DC or sent senior officials to the IMF, even though any financing from the IMF will be tough for Pakistan to achieve given the stringent conditions which usually accompany it.

Posturing does matter. Imran Khan, peeved at not getting a single phone call from
Biden who has been over a year in office as the US President, but responded to
three calls from Russia’s Vladimir Putin since last August. There will be a price to
pay in the context of the Ukraine crisis and Pakistan’s stance in a crisis that is not about to end soon.

Despite being a staunch ally of the US since its inception, Pakistan under Imran
Khan has misread clear signals from the West. For, when it comes to Russia,
given the old cold war sentiments that are overflowing as the crisis progresses
and may continue to dictate its course, there is no neutrality, no half-way posture.
The with-us-or-against-us principle prevails. Khan’s added ‘disqualification’ is that his country is being increasingly seen as a Chinese ally. China is, the US’  larger adversary that is tacitly supporting Moscow.

Khan may soon realise that being the “wrong man in wrong place, at wrong time”
carries no diplomatic virtues and no strategic gains. His domestic woes could also
exacerbate, when the opposition parties are gearing up for a no-confidence
motion against his government in the National Assembly. So far as his
economic woes are concerned, without an alternative to the IMF, the World Bank
or the Asian Development Bank Pakistan believes that Russia is crisis-bound to oblige Pakistan even as China will probably not increase its exposure to Islamabad .

Prior to the Moscow visit, Pakistani security analysts had urged Khan to watch his
step. They warned that there is a cost to one-dimensional foreign policy towards
regional powers and compartmentalising relations.

It was left to his National Security Advisor, Moeed Yusuf to play down the impact
the Ukraine crisis could have on Pakistan and for the prime minister’s office
(PMO) to keep focusing on the agenda of bilateral talks.

Putin and Khan did meet for what seemed a photo-op that ought to be more to
Putin’s advantage to host a visitor (perhaps the only one in Moscow at that
critical hour) amidst the crisis.

The Kremlin issued a brief statement, saying that the two leaders discussed the
main aspects of bilateral cooperation and exchanged views on current regional
topics, including developments in South Asia. Khan “expressed confidence that
the positive trajectory of bilateral relations will continue to move forward in the
future,” the release issued late on Thursday (February 24) said.

In this context, although subdued, counsel has also come forth on dovetailing the
entire foreign policy as one-dimensional, solely from India prism. Russia is
unlikely to forsake India and embrace Pakistan. However, Khan focused his attentions on an anti-India tirade in his interview with RT, the official Russia media agency, which brought forth no supporting statement from Moscow and dampened Pakistan’s own diplomatic initiative to forge close ties with Russia.

The Moscow visit, taking place after 23years for a Pakistani prime minister, may not have served the purpose Islamabad desired-however did receive a sharp rebuke from US President Joseph Biden who said that any nation that supported Russian leader Vladimir Putin’s invasion was “stained by association”.