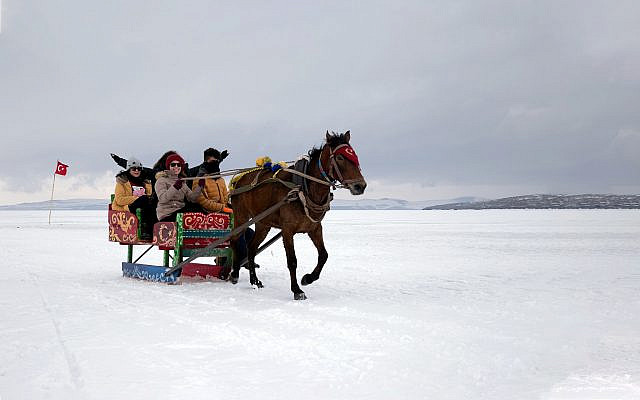 With isinglass curtains y’ can roll right down,
In case there’s a change in the weather.

Yes, even back in 1943, an extremely important year in the history of the world, the weather kept changing, as Rodgers and Hammerstein knew only too well. But, unlike the virtual climate summit convened by President Biden, they didn’t make a song and dance about it. They made a highly successful musical, with both songs and dances, called Oklahoma.

People were prepared to dig deep into their pockets to buy tickets for the show.
And, also in 1943, while Americans were clamouring to get into the Broadway theatre, in London’s Bethnal Green Tube Station over 170 people were crushed to death trying to find shelter from a German bombing raid.

But now we have other people to dig into our pockets. We are being asked, no, told, that we must pay to save the planet. We must do, or not do, everything to stop the as yet unproven man-made “Global Warming”.

Of course, the planet is warming. It has been warming, and cooling, for long before we humans turned up and claimed supernatural powers over the heavens above us. There were warm times and Ice Ages when the Earth heated and cooled without any help from us. Continental and polar ice sheets and alpine glaciers expanded to cover large areas of the world. The Earth’s climate has always alternated between ice ages and greenhouse periods.

In London, the Thames freezes from time to time. In the 16th century, King Henry VIII took a sleigh along the river from central London to Greenwich.
London’s Vine Street was named after a vineyard that existed in Roman times when the climate was warmer. Grapes were a popular crop.

But why ruin a good thing. The Global Warming panic has brought riches to many people. It has given rise to entirely new industries.

There are companies that have developed special tools to make profitable bets on what commodities could become scarce. KKR, a private equity firm, announced back in 2013 that it had bought 25% of the shares of a Bermuda hedge fund. This fund, Nephila Capital, trades in weather derivatives. Most readers will be fully conversant with weather derivatives, so I won’t bother to explain this important financial instrument. Needless to say, it has very little to do with the weather outside your front door.

And finally, for the readers who may be wondering why 1943 was so important, it was the year I arrived on our planet. By all accounts it was an exceptionally cold and snowy winter. My first words, or so I am told, were – Get me a thicker blanket, I can’t wait for Global Warming.