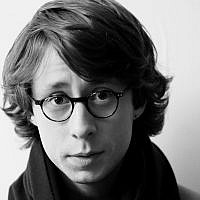 The Blogs
Yegór Ósipov-Gipsh
Apply for a Blog
Please note that the posts on The Blogs are contributed by third parties. The opinions, facts and any media content in them are presented solely by the authors, and neither The Times of Israel nor its partners assume any responsibility for them. Please contact us in case of abuse. In case of abuse,
Report this post. 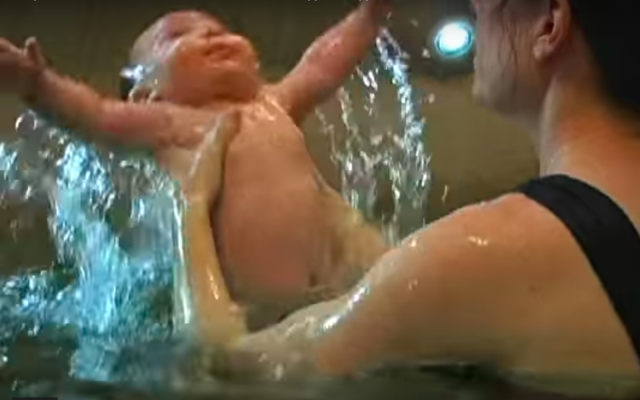 Four years ago, I wrote an article about how I acquired my Jewish identity. After the Tablet piece got published, I was lucky: My parents, friends, and partners — some halakhic Jews among them — accepted me as a Jew. Thanks to their acceptance, I was able to negotiate and construct my Jewishness in public spaces without having to turn to synagogues, rabbinates, or the State of Israel for approval. Today, while living in the Diaspora and not being a member of any congregation, I feel Jewish, know a little bit of Hebrew, celebrate holidays through the lens of their secular interpretation, and consider the Jewish culture to be part of my heritage. I am also seen as a fellow Jew by those Jews whose opinion matters to me. Frankly, I don’t think it could have gone any better.

Yet I am aware that my case is an exception. Today, we are still stuck in a situation when a non-Jew can “formally” join the Jewish people strictly through religious conversion. This means that a secular person cannot, at least honestly, become a Jew by choice. The giyur (Hebrew for conversion) itself is not the main problem here. It is understandable that the procedure, which emerged when it was impossible to imagine the Jewish community of faith and the Jewish nation as two separate phenomena, remained insensitive to the distinction that appeared later on. The real problem is that we still haven’t created an institution of secular giyur — neither in the Diaspora, where Jewish life is concentrated around synagogues and doesn’t exist in a purely secular fashion, nor in the State of Israel, where the Orthodox Rabbinate holds an absolute monopoly on deciding ‘who is a Jew.’

Creating mechanisms of secular giyur is necessary because this would bring us closer to accepting the reality, which we all know is there. Today, millions of Jews live non-religious lives and hundreds of thousands are married to non-Jewish (whatever that means) spouses. yet at the same time, the right of welcoming Jews by choice remains a privilege reserved to religious Jews only. The introduction of secular giyur would be a gesture of respect to secular Jews and secular converts — it would be just, from the social point of view. From the religious point of view, it can be seen as a return to the Biblical tradition. Thus, when Ruth spoke to Naomi — “thy people shall be my people, and thy God my God” — she, in the interpretation of Israeli Reform Rabbi Gregory Kotlyar, first became part of the Jewish people and only then, by virtue of this accession, had to follow the laws of the Torah. This order was reversed in the times of galut, the exile, when religion became the only foundation of the Jewish people, and remained such up until nowadays. Today, a convert first accepts the religious laws of Judaism and only then joins the Jewish people and acquires the right to join the Jewish nation by making aliyah. Secular giyur would make it possible for converts to join the Jewish people without subscribing to the laws of Judaism, which many Jews by birth are not following.

Secular conversion shouldn’t be a procedure administered by a single institution. Rather, it should be a set of cultural and political mechanisms that would allow secular Jews by choice to be treated equally. In Israel, those mechanisms can be created by implementing a complete separation of “church” and state. Dismantling the Orthodox Rabbinate’s control over the private lives of the Israeli Jews will leave the ‘who is a Jew?’ question up to the Israelis themselves. In such a situation, every new shabbat dinner, every new date, and every new friendship will produce a different and equally legitimate answer to this question, and plurality could become the norm. In addition, the current Law of Return should be replaced with an immigration law that would allow naturalisation. Opening up the Israeli nationality in such a manner would make it possible for secular Jews by choice to move to the country and settle there freely. It would also open the country to non-Jews, something that should happen if we want Israel to survive as a truly democratic society.

Imagining mechanisms of secular giyur in the Diaspora, where synagogue remains the only Jewish institution, is somewhat harder. In 2010, Jewish philosopher Michael Walzer wrote that outside of Israel, “secular Jewishness isn’t sufficiently institutionalized to sustain itself by itself” due to the lack of Jewish life outside of the network of congregations. Yet my story is a reminder that this is not always the case: I know that with the support and acceptance of other Jews one can live a full and sufficient secular Jewish life outside of synagogue. Turning my case from an exception into a rule isn’t impossible: In the end, it’s up to each of us to accept and welcome people who feel Jewish and identify as Jewish, no matter how they developed those feelings. Institutions will follow.

About the Author
Yegór Avraham Osipov-Gipsh is a Dutch-Russian researcher and journalist. He lives in Amsterdam.
Related Topics
Related Posts
Comments